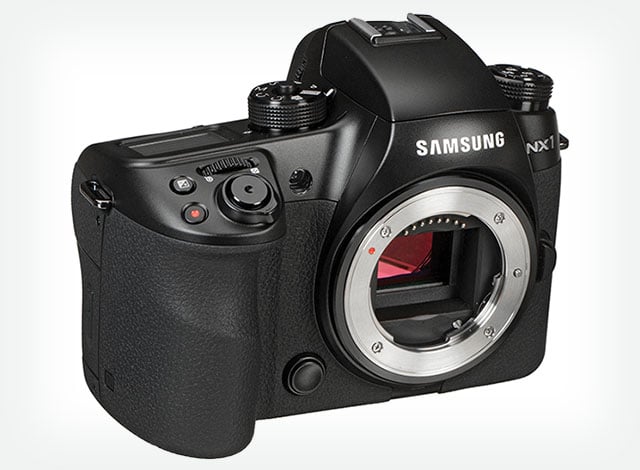 Rumors have been swirling around in the photo industry the past couple of months about Samsung pulling out of the camera industry. Samsung hasn’t announced anything new in recent times, and its camera division has reportedly been bleeding money every year since the NX system was announced in 2010.

Here’s a timeline of developments so far since mid-September:

On September 17th, the Korean news website NewsTomato reported that Samsung was planning to shut down its camera business after receiving a tip from an industry insider. The article shared other grim facts about how Samsung camera division has been floundering.

On September 23rd, Imaging Resource published an article saying that the rumor was “busted,” and that Samsung is not exiting the camera business. IR says the new Samsung NX1 announced last year appears to be selling well. They reached out to Samsung and received this official statement from a spokesperson:

Withdrawing from the camera business is not true and there is no official plan to stop production of cameras and lenses. Samsung continuously analyzes the varying needs and requirements of consumers in each market and region very carefully. However, we do not officially comment on rumors or speculation.

Around October 25th, a Texas-based photography enthusiast named John had a live chat with Samsung support. He says the support agent confirmed the impending closure, and he took a screenshot of the conversation to prove it:

When Andrew Reid of EOSHD asked, and tech support denied it:

On October 26th, we reached out to Samsung’s reps in the United States. Their official response: “Samsung does not comment or speculate on rumors.”

The latest news today is that the Samsung NX1 is being discontinued… at least in Europe, Hong Kong, and Australia. The move is strange, since the camera is relatively young and since a boom in sales from the holiday season should be right around the corner. Circumstances may be different in other markets around the world, but production of the NX1 has reportedly stopped completely.

“This is the clearest sign yet that Samsung may be about to exit the camera business or scrap the NX platform and proceed with a new system,” writes EOSHD.

We have yet to hear anything from Samsung about where its camera business is headed, and it does seem strange that there has been radio silence from the company’s camera business for many months now since the NX500 and NX3300 were announced back in February. If there are no new announcements from Samsung by the end of the first quarter of 2016, things aren’t looking too good for Samsung photographers.

Sony’s Alpha mount also had rumors of an impending death in recent weeks, but Sony quelled those murmurings — at least for now — by announcing the new a68 last week. Let’s see if Samsung follows suit.

These Are the First Virtual Reality Cinemagraphs