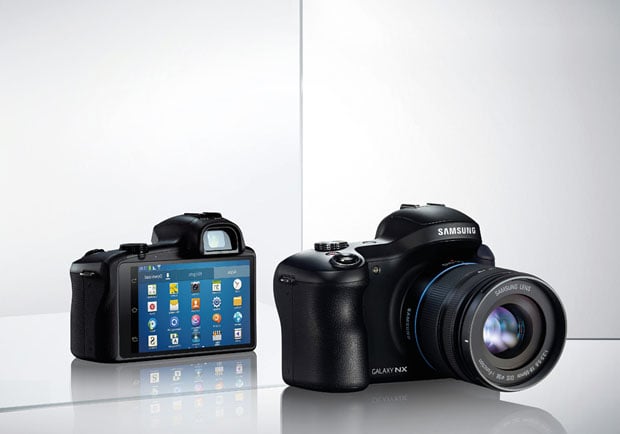 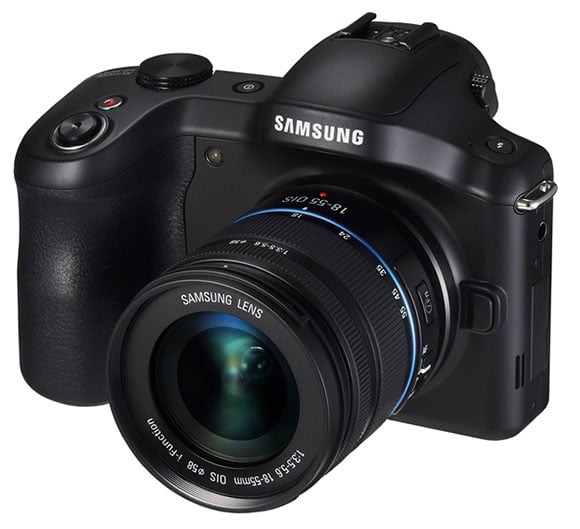 The Galaxy NX is the first camera to bring the new “smartcamera” paradigm into the world of “serious” photography. Its little sibling, the Samsung Galaxy Camera announced last August, also features 3G and 4G connectivity, but it’s a compact camera with a tiny 1/2.3-inch sensor. Samsung is now stuffing the same Android brains and wireless connectivity (there’s Wi-Fi as well) into a system camera that’s geared toward people who are more serious about photography. 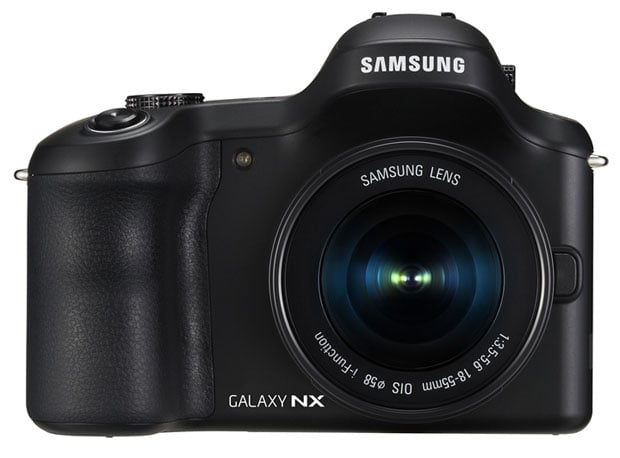 An Advanced Hybrid Auto Focus system uses both phase- and contrast-detection AF to quickly lock onto subjects. The camera is speedy in other ways too: it has a 1/6000s maximum shutter speed and can capture scenes at a rapid 8.6 frames per second.

On the top of the camera is a built-in pop-up flash unit: 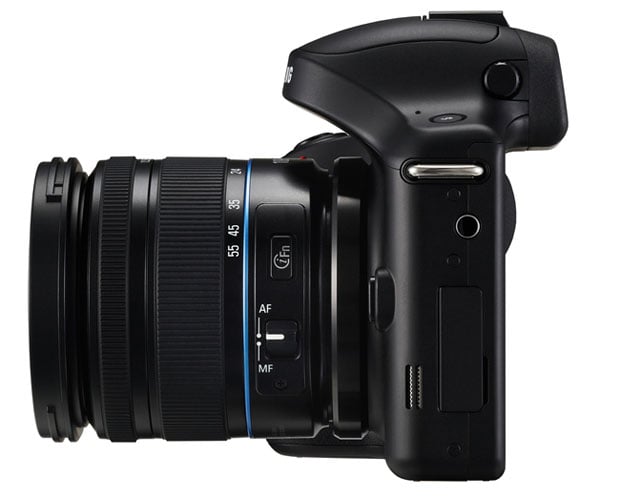 An obvious strength of the camera is that it uses Samsung’s NX mirrorless lens mount, so photographers who have already jumped aboard the NX train can use their existing collection of lenses on the Galaxy NX. 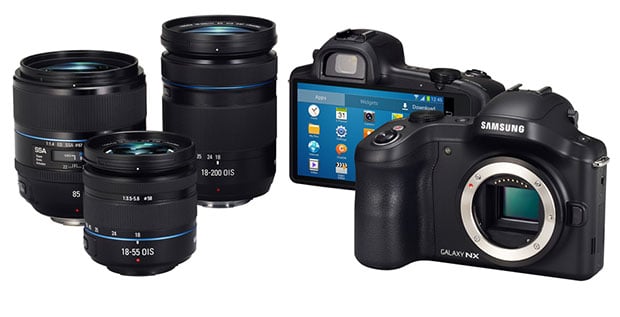 The back of the camera is dominated by a massive 4.8-inch LCD touchscreen. Many photographers will also be glad to hear that the camera includes a built-in electronic SVGA viewfinder, which can help you frame shots in direct sunlight and other situations in which LCDs aren’t as nice to use. 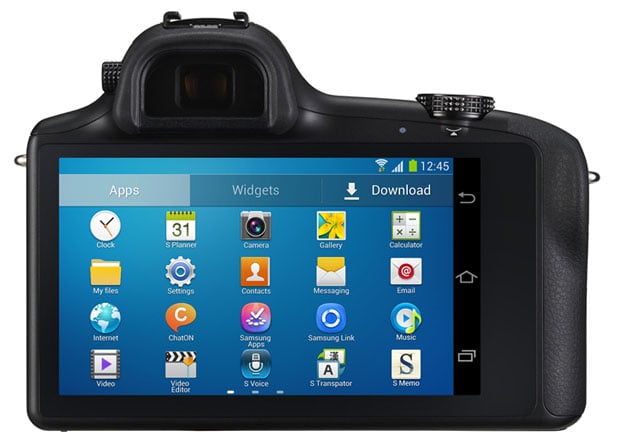 The physical interface of the camera is sparse. Much of what you’ll need will be available through the touchscreen, so there aren’t the large number of physical buttons and dials that many photographers may be accustomed to using: 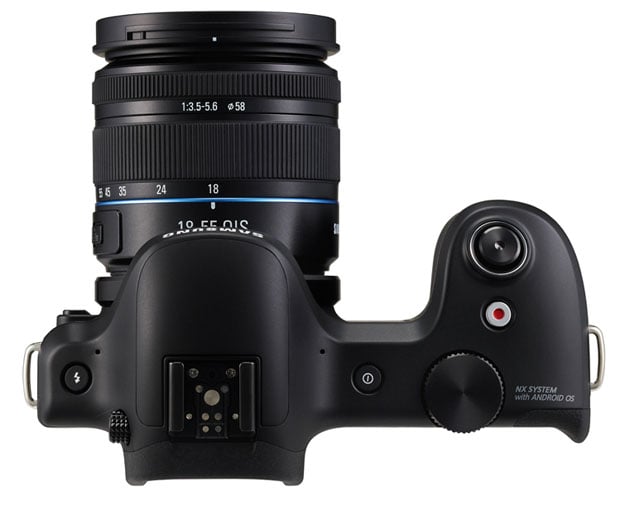 The “brains” of the camera — which help make it a “smart” camera — is Android 4.2 Jelly Bean powered by a 1.6Ghz quad core processor. Just like with the Galaxy Camera, you’ll be able to install the full selection of Google Play store apps onto your Galaxy NX. Want to shoot and share with Instagram? You can. Want to play some silly games on your camera during some downtime? You’ve got it! Need to edit some shots on-the-go? There are some serious editing tools in the store that can help you do so. 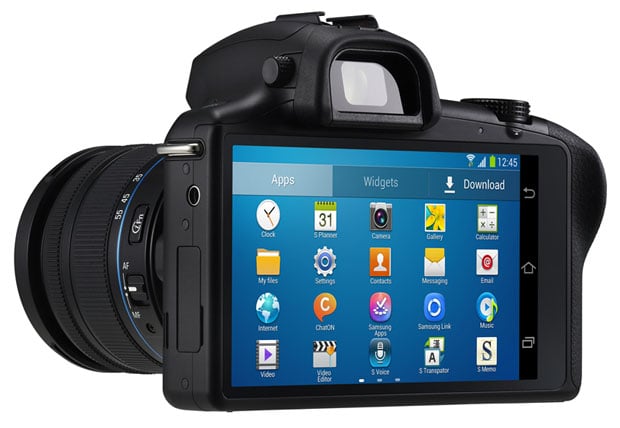 For beginning photographers, there are features that can help assist and guide you. A Photo Suggest feature actually recommends photo spots for you based on what’s popular in the area. A Story Album feature lets you put photos onto a timeline and then combine them into digital photo books that can be shared across devices.

Samsung hasn’t yet revealed when the Galaxy NX camera will be available or how much it will cost, but initial rumors pegged the price at around $1,300. Stay tuned for more on this camera.

Get Naked With Me: Group Boudoir Shots Are Now a Trendy Thing