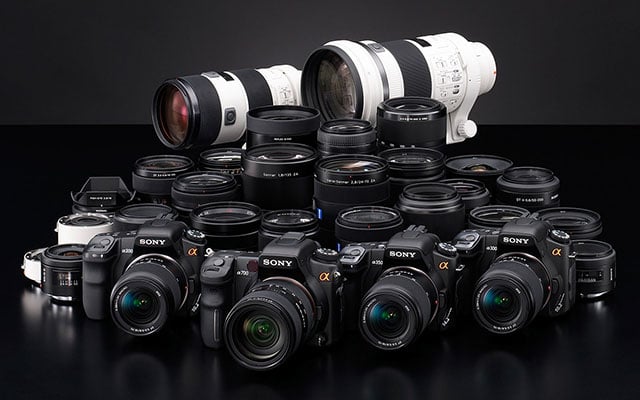 Sony’s A-mount system has seen its activity slowed to a halt as of late while the company continues to launch new E-mount cameras such as the a7R II and a7S II. There were two A-mount lenses refreshed back in April, but the last A-mount camera announced was the Sony a77 II way back in May 2014 — an eternity as far as camera refresh cycles go.

Now speculation about the death of the A-mount is being rekindled after Sony UK made public statements saying that there are “no A-mounts planned.”

Here’s how Sony UK responded to a photographer on Twitter when asked if A-mount camera body development is dead: 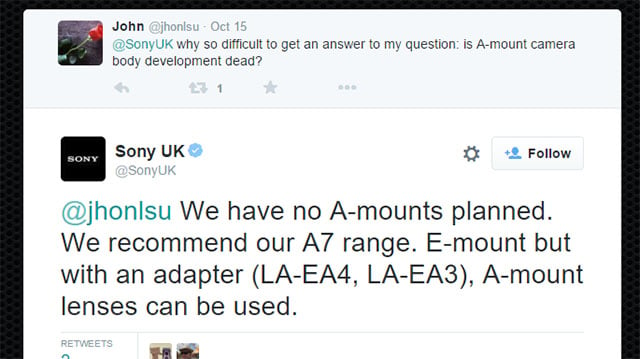 The company gave the same answer to another photographer on its Facebook page when asked if the A-mount system has been discontinued: 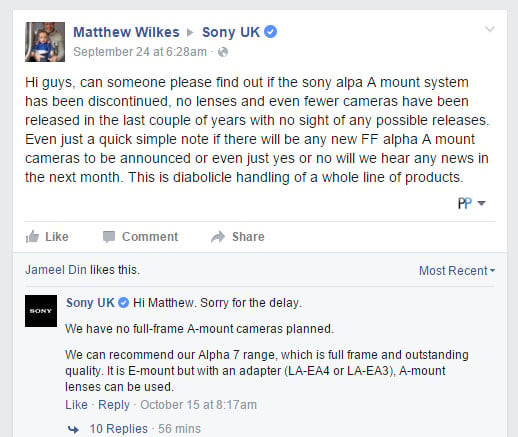 Photographers responded to the messages by calling the statement “a massive disappointment.”

“Not even the alpha99 successor? that is a massive blow to a very large sony user base, the user base you inherited,” writes Matthew Wilkes. “Honestly, that’s a huge let down. E-mount is just not happening for me. Priced far too high for me.”

“Hello Sony, your statement must be a very bad joke, right?! Sony A-Mount is the one and only for all photographers coming from Minolta years ago,” says Tobias Ruh. “Your current E-Mount A7 series is just too small for real men’s hands, just a few lenses with f/4 available, overpriced and most important for me is a double SD-card slot for backup… I am very disappointed!”

Sony hasn’t made any clear public statements about the A-mount coming to an official end, but the fact that SonyUK is now recommending the E-mount with a lens adapter for current A-mount photographers can’t be a good sign.

What Canon’s Prototype ISO 300,000 Sensor Can See in Near Darkness