Want to see what “bridge” cameras were like before the days of digital? EEVBlog got its hands on a Chinon Genesis II 35mm from 1989 and recorded the 18-minute teardown above to show us the guts. The Genesis II was marketed as a “Zoom Lens Reflex” (ZLR) bridge camera because it was more advanced than a point-and-shoot and easier-to-use than an single-lens reflex.

We’re introduced to the “zero latency” viewfinder that doesn’t require power, the 24- and 36-shot “memory card” compartment, and the strangely-shaped 4-blade aperture. 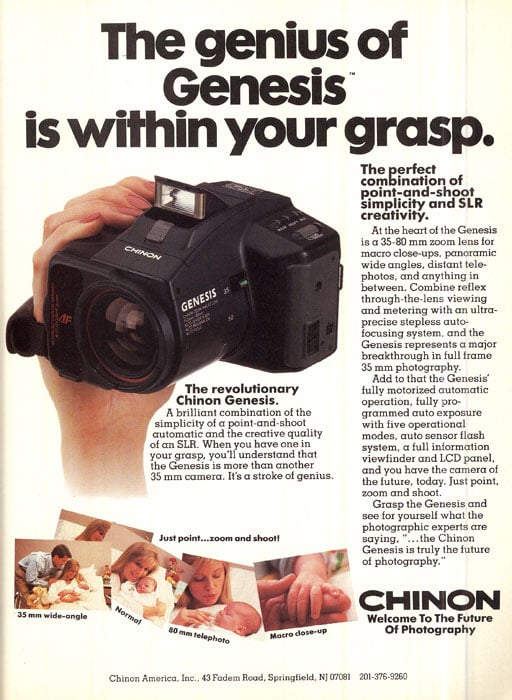 “You might think, ‘Okay, it’s just a film camera.’ […] but as you can see, there’s tons of advanced stuff that goes on here,” says Dave Jones. “It’s actually got lots of advanced capabilities […] I hope you can appreciate how much effort goes into designing these back in the mid-80s.”

(via EEVblog via Digg)

Ep. 20: Are There Some Things the Media Shouldn’t Cover? – and more