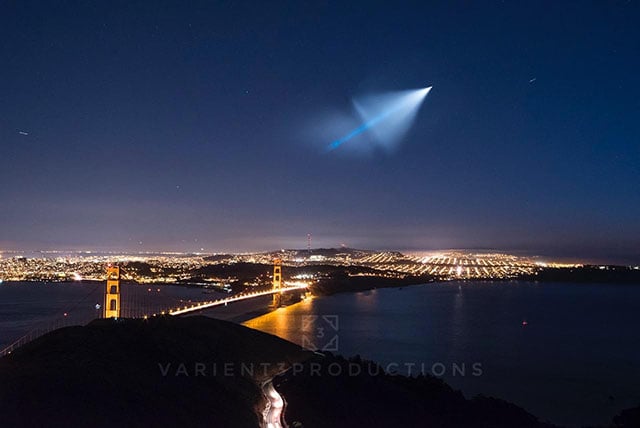 People on the West Coast of the United States were treated to a light show Saturday night after the US Navy quietly launched a test of an unarmed missile. As a bright white light shot across the sky and burned out as a blue haze, panicked people placed 911 calls with theories of giant meteors or aliens in UFOs.

Some people were in the right place at the right time with their cameras and were able to capture remarkable photos, videos, and even time-lapses of the “UFO.”

YouTube vlogger Julien Solomita was at a Target parking structure in Los Angeles shooting time-lapses and nighttime footage when the missile appeared. “I was able to begin recording right then and there, and as you can see in the video, it turns into something that releases some sort of giant blue light in a circular haze,” he writes. “It was easily the craziest thing I’ve witnessed. I rushed home to upload this”:

Photographer Fede Benavides was in Santa Clara, California, shooting a long-exposure photo of a lighthouse when the missile passed overhead. His gear and settings were ready for it, and he captured this shot: 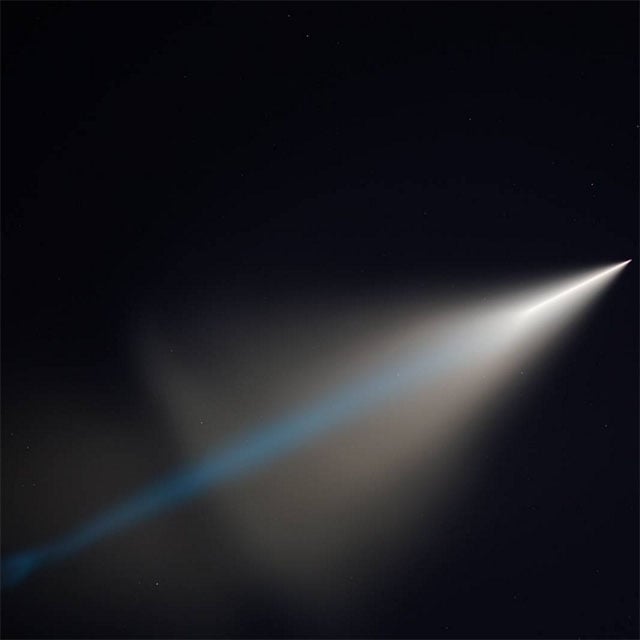 “The thing started like a flash, then all of the sudden it started to leave behind the blue trail which remained glowing in the sky for about 10 to 15 minutes,” Benavides tells PetaPixel. “I continued to track the light while it was visible and it was doing S shapes in the sky.”

Freelance photographer Justin Majeczky of Varient3 Productions was shooting time-lapse photos of the Golden Gate Bridge in San Francisco when the missile entered his frame. He immediately stopped shooting the time-lapse and used his camera to record some video:

The military says the $37 million Trident II (D5) missile was fired from a submarine off the coast of Southern California, and that it will be doing military tests through November 12th, 2015.

Update: Jared of Taos Imagery captured the missile in this time-lapse. It can be seen as the giant explosion of light 10 seconds in:

Update: Porter Tinsley of Less Than Amateur was shooting long-exposure photos and time-lapses at Bombay Beach, California, when the launch occurred. “When it exploded and kept expanding, I realized it wasn’t a plane on fire but thought there was a good chance that a chemical or nuclear weapon had detonated over Los Angeles/Southern California,” she writes. “All I could do was stand there and realize life as I knew it could be over in a few minutes. So I did what anyone else would do. I took pictures of it.” 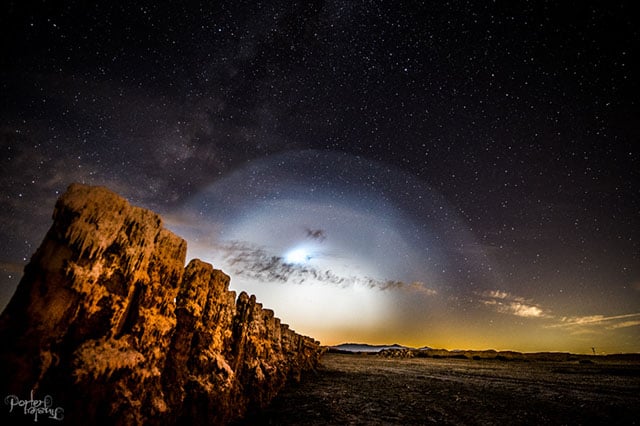 You can find her sequence of photos (and an animated GIF created with them) in this blog post.

Mary Ellen Mark’s Nikon FM2 is For Sale on eBay