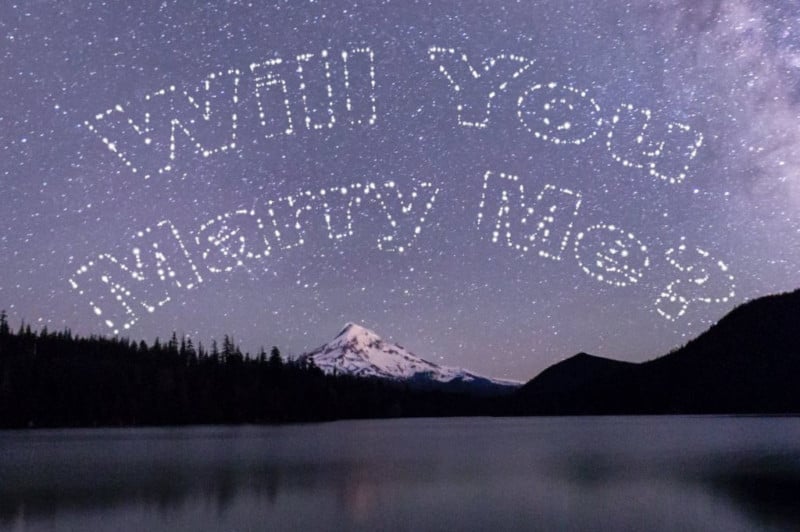 When astrophotography enthusiast Stephen King of Yakima, Washington, asked his then-girlfriend Andrea to marry him recently, he did so in a creative and unusual way: with a 360-degree night sky photo inside a Google Cardboard VR viewer.

During a camping trip to Lost Lake recently, King spent a good portion of the 2 days shooting and editing the special photo.

“I could tell this amount of time irritated her a bit, but she was wonderful and didn’t say anything,” King tells PetaPixel.

On Andrea’s birthday on July 1st, King loaded up his special photo (hosted with an audio background track on Spinattic), placed his phone inside a Google Cardboard View-Master, and handed the viewer to Andrea.

Here’s the 360-degree image King made inside the Spinattic viewer (apologies for the auto-playing audio):

After saying “yes,” Andrea also agreed to pose for a “She Said Yes” 360 photo with King (it’s the second image in the embed above).

8 Reasons Why You Should Shoot in JPEG

UK Police Force: Taking Pics of Women Without Consent Can Be Hate Crime