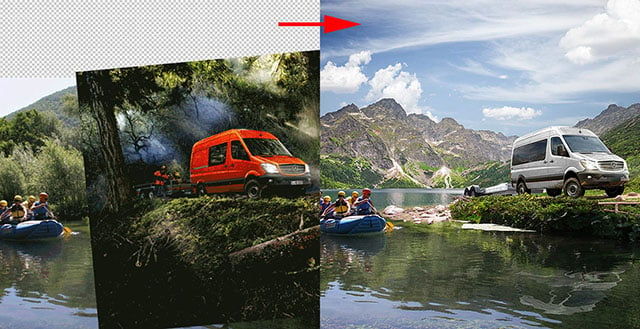 Mercedes-Benz Canada commissioned me in 2014 to shoot photos for the 2014 Sprinter lineup. In addition to those photos, I was also asked to piece together brochure images for the newer and not-yet-released 4×4 Sprinter model. Here’s a behind-the-scenes look at the Photoshop work that went into the 4×4 images.

The reason I was able to go overboard for this retouching demonstration is because this assignment was crafted exclusively behind-the-computer. There was little to no camera work from my end for these images.

It’s no secret that Photoshop is a big tool in the advertising/automotive world, and tweaking images to give a vehicle the most impact has been used for decades. In this case, a new 4×4 version of the Sprinter was being released, but the actual 4×4 model wasn’t available for photography. Considering small differences like wheels, badging, and ride height were the key differences compared to the 2WD model, retouching was an efficient route for this assignment.

Obviously the progression of the before/after images did not go as fast and smoothly as illustrated in the 7-10 steps seen here. In reality, entire days were devoted to trial and error to see what flows, and (most importantly) if the client likes the results. Considering some before/after images are too complicated to display using only 2 images, I pieced together some 7-10 step animations showing the process.

It’s definitely worth noting that I did not take pictures for the first 5 images… they were sourced from previous Sprinter creative supplied from Mercedes. However, the 6th image I did take from my previous 2014 campaign shoot. Here are the finished images, with each one followed by an animated GIF showing how it was put together: 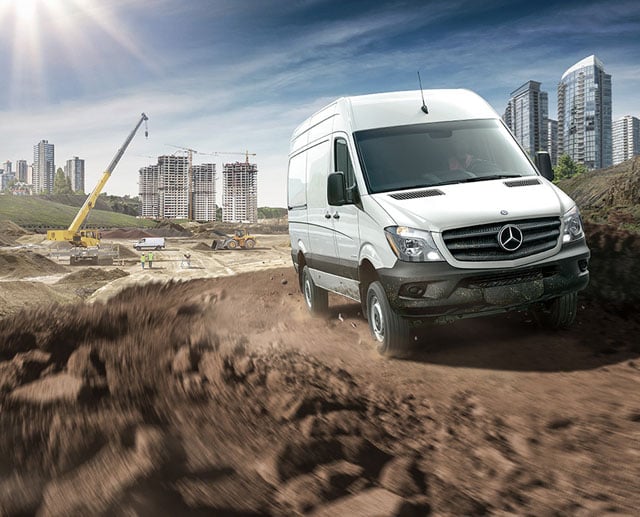 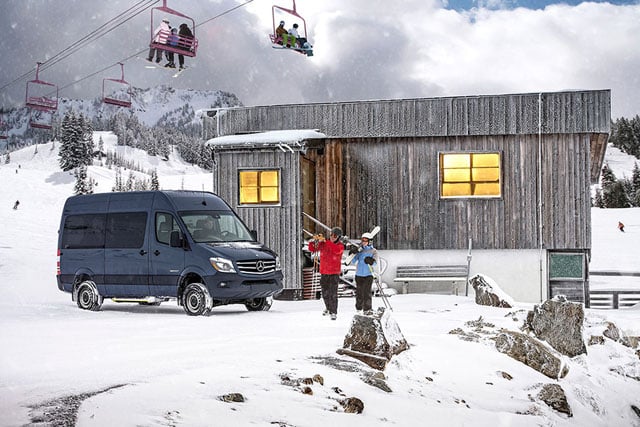 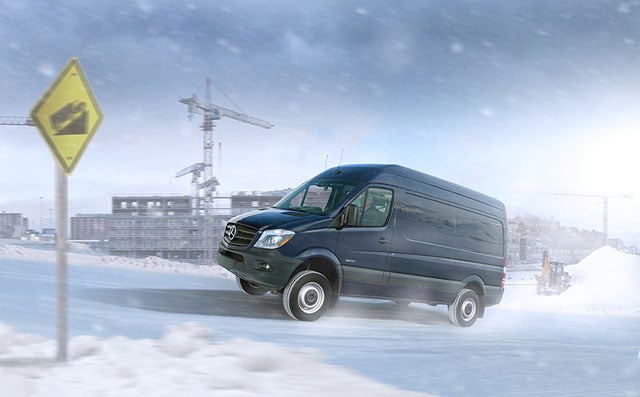 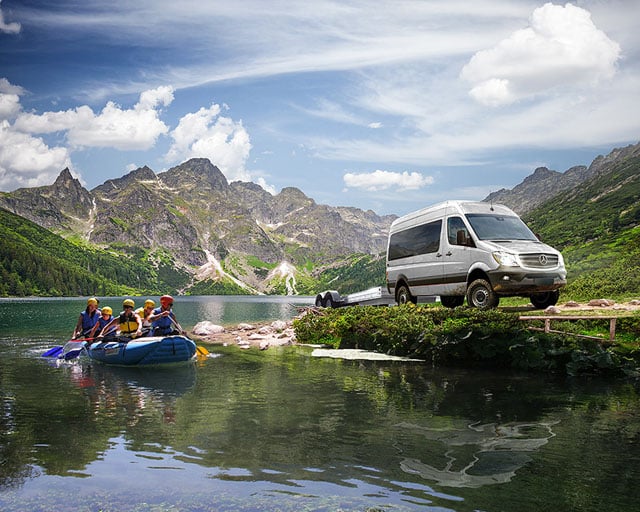 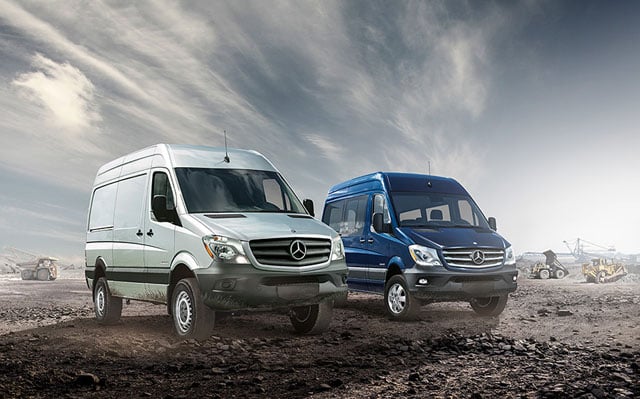 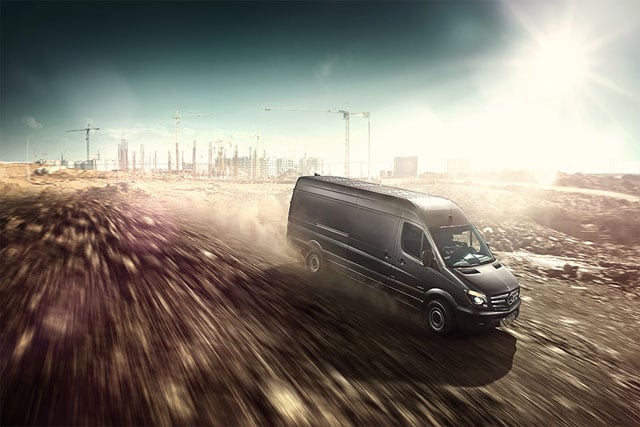 Once everything was neat and complete, the images were plopped into their usual spots such as the 2015 brochure, website, apps, and all other creative outlets. 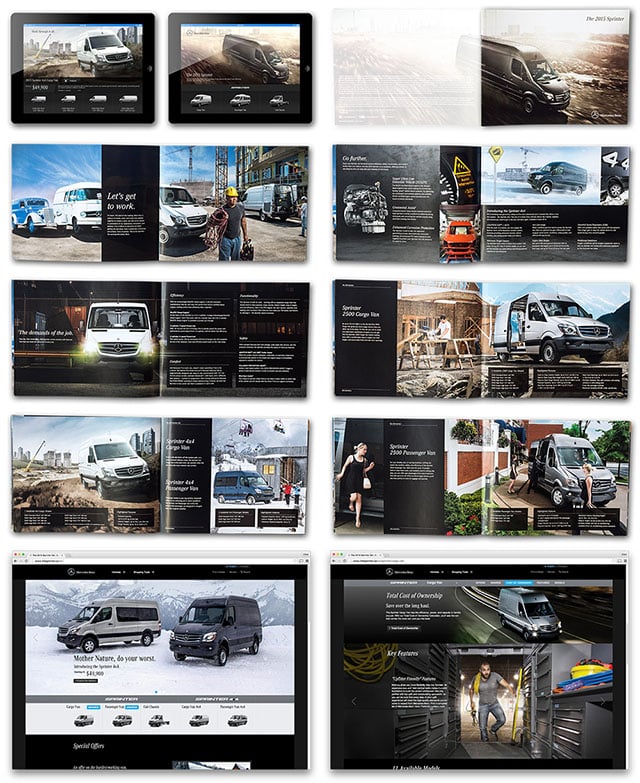 Just as I finish typing this, another Mercedes retouching assignment has been dropped on my desk. Many more nights basking in the glow of my monitors to come!

About the author: Clint Davis is a commercial and editorial photographer and retoucher based in Greenville, South Carolina. You can find more of his work and writing on his website and blog. This article was also published here.