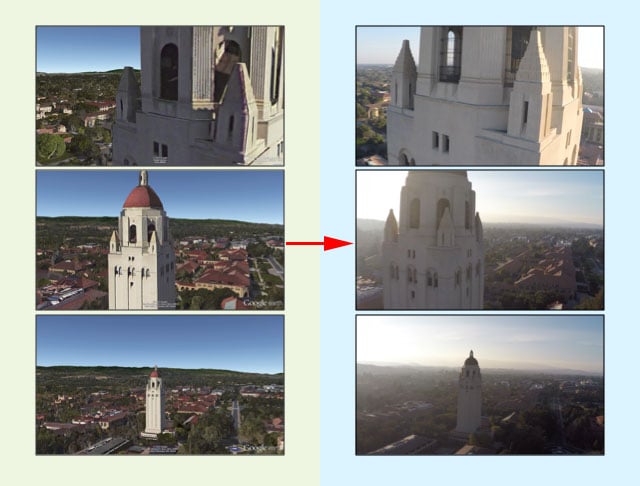 As camera drones become increasingly popular as a relatively cheap and easy way to capture aerial photos and videos, there are more and more stories in the news of drone accidents being caused by poor piloting. For those who wish to capture pro-quality shots without having to worry about piloting drones themselves, a group of researchers at Stanford want to help: they’ve create a computer tool that lets you create a shot virtually and then have a camera drone automatically turn it into real footage.


The program, called Horus, is an interactive tool for designing quadrotor camera shots. You start the shot creation process inside a virtual 3D world in Google Earth. Picking keyframes and orientations in space gives the drone “checkpoints” to fly to, and the route between the points is automatically generated. 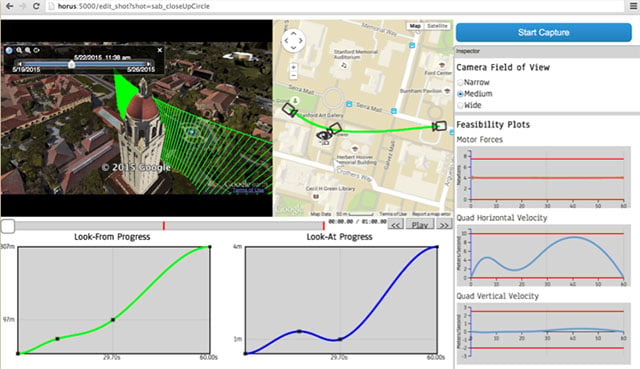 Need to adjust the speed along any portion of the route? Just drag an on-screen curve. The software is even smart enough to figure out when flight plans and speeds aren’t physically feasible for drones, helping you to avoid unexpected crashes.

Once you have a shot planned out virtually, the app will control a quadcopter and its camera to recreate the virtual preview. Here’s a video demonstration of how the entire system works:

“Currently, professionals use these cameras by flying quadrotors manually, a process which requires much skill and dexterity,” the researchers write. “We show that our tool makes it possible for novices and experts to design compelling and challenging shots, and capture them fully autonomously.”

(via Horus via Engadget)