Did you know the International Space Station has a RED Epic Dragon in its camera arsenal now? The 6K camera was delivered to the station back in January 2015, allowing astronauts to capture footage at 300 frames per second and 6 times more detail than before.

To show off their new recording abilities, astronauts have posted a couple of videos in which they play with floating orbs of water in the microgravity environment of space. The experiments have been a hit: the 1-minute video above has gotten nearly half a million views in just the past few days.

“The higher resolution images and higher frame rate videos can reveal more information when used on science investigations, giving researchers a valuable new tool aboard the space station,” NASA writes. In the videos, astronauts use coloring and antacid tablets to change the water bubbles’ color and size.

Here’s another short video of similar experiments that was posted in late July:

“This is a huge leap in camera technology for spaceflight,” says NASA imaging program manager Rodney Grubbs. “These cameras have large sensors capable of very high resolution imaging at high frame rates. It is like having a high speed 35MM motion picture film camera, but it is compact, can use lenses we already have up there, and it is digital. No film to return to Earth.” 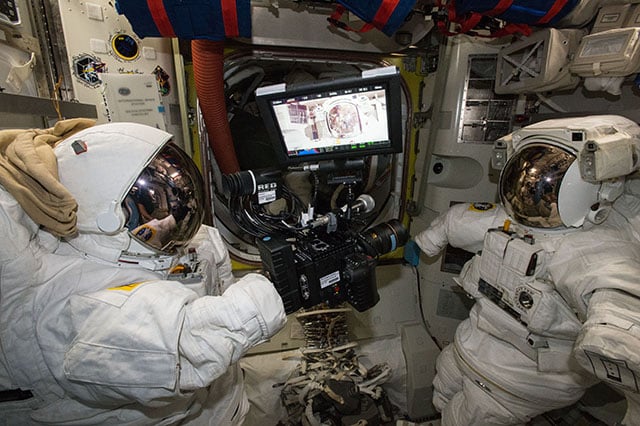 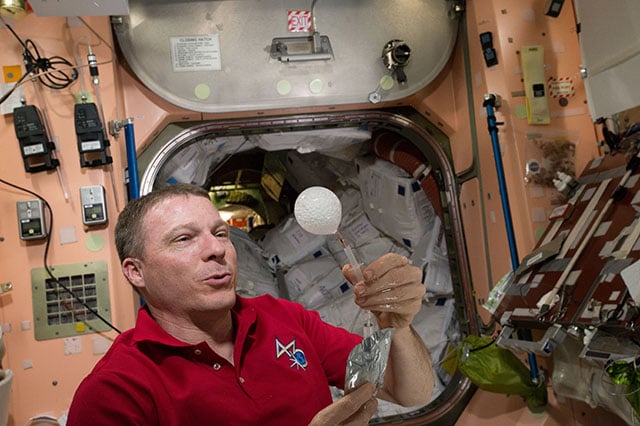 (via NASA Johnson via Bokeh)