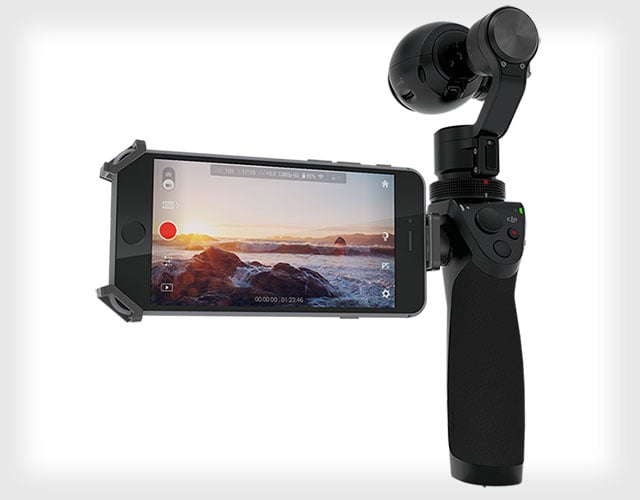 DJI is known for being the world’s dominant drone company, but today it announced a different kind of product. Say hello to the DJI Osmo, a new handheld camera that lets you shoot 12MP photos and 4K video while being stabilized with a 3-axis brushless gimbal.

“Shoot videos like you never could before, and use new intelligent features to shoot hyperlapse and timelapse photography just like a pro,” DJI says. 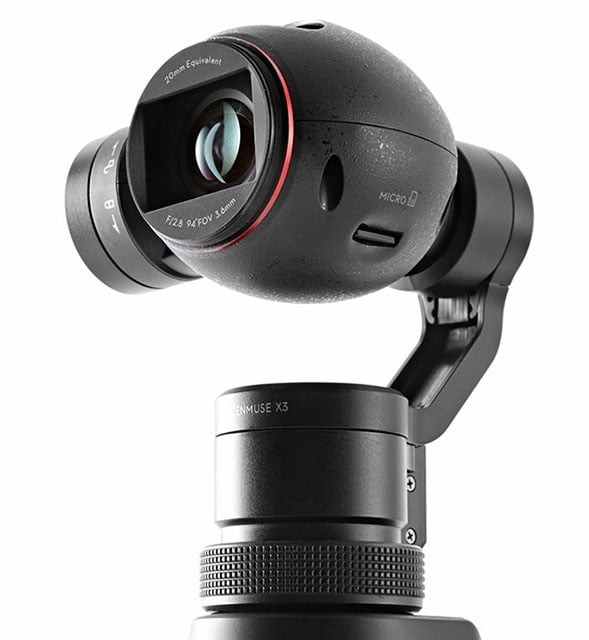 You can also choose to buy the grip for a new X5 camera if you’d like a Micro Four Thirds sensor and mount.

In addition to helping with video stabilization, the advanced gimbal opens the door to new photographic possibilities as well.

Want to shoot a 360-degree photo? The Automatic Panorama mode lets you raise the Osmo above your head, tap the shutter speed, and have the camera automatically spin in a circle and capture a panorama while staying perfectly level. 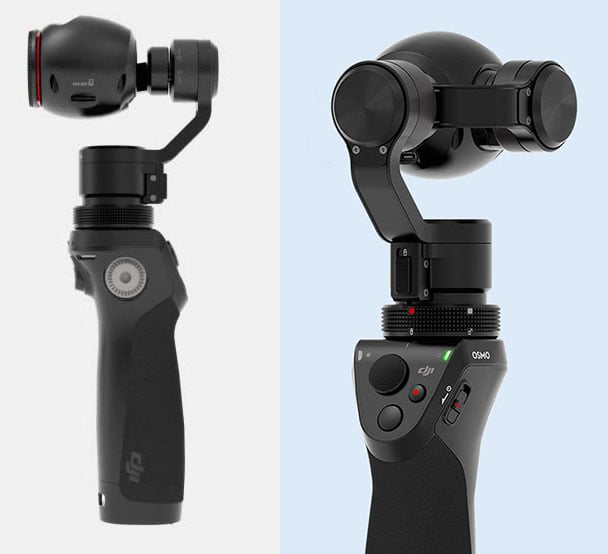 The stabilization also lets you shoot long-exposure photos and time-lapse sequences without needing a tripod.

Osmo’s hand grip is designed for both durability and ergonomics. Buttons and various controls are placed near your thumb for easy access. You can also attach a smartphone and pair it with the camera if you’d like to see what your camera sees and control the camera with a touchscreen interface. 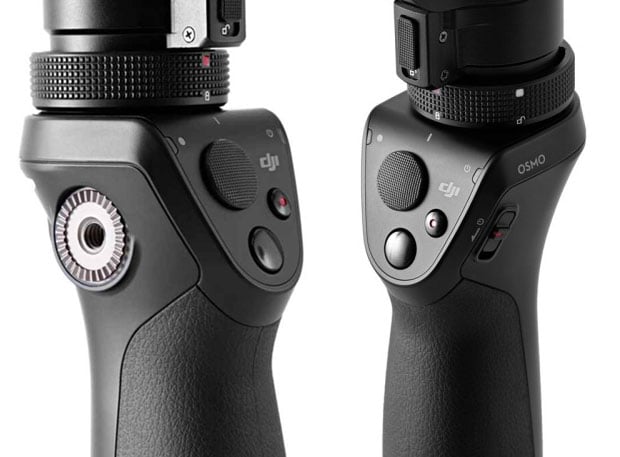 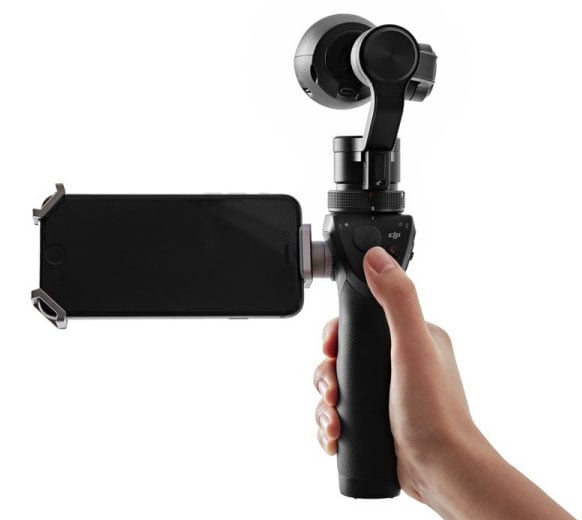 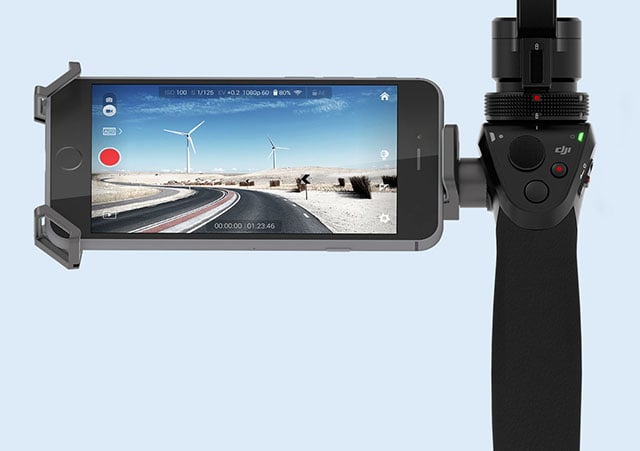 Other accessories you can attach to the grip’s universal mount include a tripod, a bike mount, or an extension arm.

Here are some sample videos showing what Osmo can capture:

The Osmo will be released later this month with a price tag of $649. You can pre-order the Osmo and its accessories starting today over in the DJI Store.

P.S. It’s interesting that DJI is releasing a handheld camera as GoPro is getting ready to launch a camera drone.