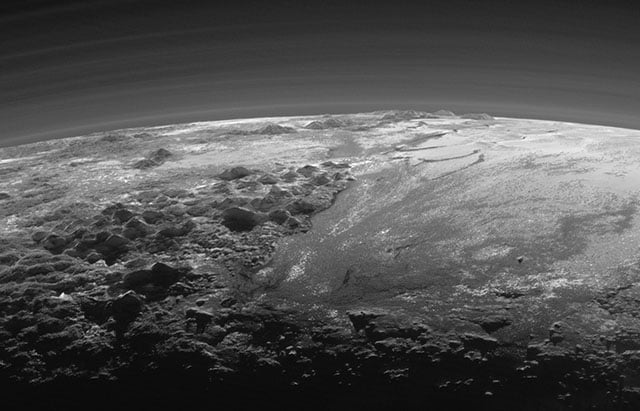 NASA has released a spectacular new photo of Pluto that was captured by its New Horizons spacecraft during the flyby on July 14th, 2015. This latest one shows a near-sunset view of the icy mountains on Pluto surface, poking up on a curved horizon.

The photo was captured by New Horizons 15 minutes after its closest approach to the dwarf planet as the probe was looking back at Pluto while zipping off in the opposite direction. It was taken at a distance of 11,000 miles, and the full, uncropped scene shows an area 780 miles wide:

Dramatic backlighting from the sun highlights the rugged terrain and the low-lying haze layers in Pluto’s nitrogen atmosphere, forming what is being called one of the most beautiful planetary images captured by mankind so far.

Apparently, This is How Models Posed for Photos in the 1980s