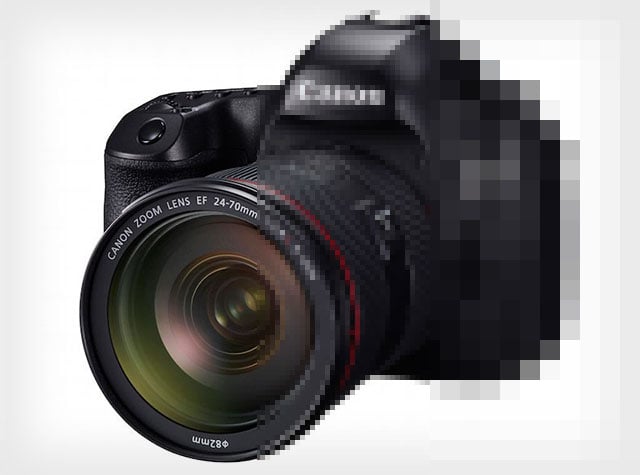 Canon’s latest press release has confirmed some of the rumors that have been floating around the Internet for a while now; that it has decided the megapixel war is not over and is preparing to drop its “nuclear option”, a 120-megapixel behemoth.


The 5DS/5DSR and a7R II cameras have shown that ~50MP models definitely have a place in the market and offer consumers super-high resolution cameras at a price point significantly cheaper than traditional medium format options. While these models aren’t without their flaws, they are by-and-large very capable cameras offering a noticeable step-up in resolution and image quality.

The question I asked myself when reading the press release was whether 120MP will offer the same levels of quality or better without too many compromises being made.

My first reaction and biggest worry was diffraction. Though I won’t go too far into the technical details here, diffraction is the optical effect you see when the sensor pixels are so small they make it impossible to resolve a single pixel in the scene at a given aperture. This effect gets worse as the aperture decreases.

In much simplified terms, if you have a really high megapixel sensor, the maximum aperture you can use before diffraction blurs the image is wider than a lower megapixel sensor. That said, there is a theoretical limit and then also a subjective “visibly acceptable” limit too — you can often get perfectly acceptable images at apertures beyond the diffraction-limit (DLA), but the diffraction blur gets rapidly worse the more you go beyond the theoretical limit.

For the 50MP full frame cameras this theoretical limit is theoretically around f/7, but I personally found a pretty good keeper-rate all the way up to f/11 with the 5DS. Beyond that, images were very muddy, blurry and mostly unusable except for posting on social-media. Post-capture sharpening makes diffraction blur WORSE, so it’s not much of a solution.

Doing the maths for the new 120 megapixel camera means the maximum aperture usable before diffraction is somewhere between f/4.5-f/5. That’s an astonishingly high f-number, higher than many L-lens maximum apertures; in theory, you will never be able to reach even the theoretical limit of diffraction for a whole swathe of Canon lenses, as many start at f/4. 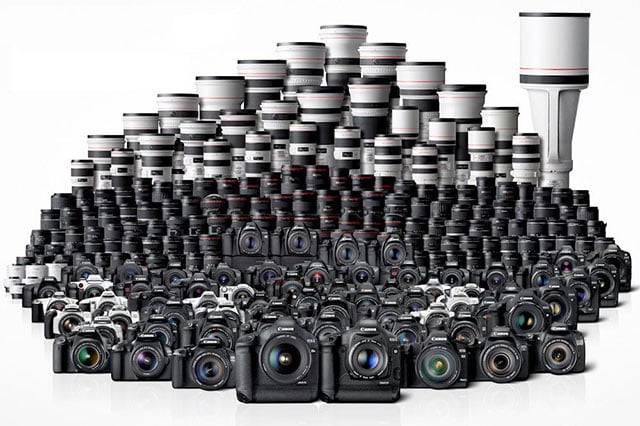 A general rule of thumb I’ve noticed is that an aperture 3-stops below the theoretical limit is where the effects of diffraction are spoiling most images. If the DLA for this new camera is in the ballpark of f/4, from f/8 onwards you are going to struggle to get clean images. High-resolution cameras often go hand-in-hand with studio and landscape work, which tend to favor narrow apertures, so this seems to be at odds with this new sensor.

The 5DS/5DSR also highlighted that some of Canon’s older or lower-quality lenses were unable to make full use of the improved resolution — quite a number in fact, only ~40% of Canon’s lineup were recommended. With the resolution bar set almost three times higher it will be interesting to see how the number of recommended lenses that can leverage the full capability of the sensor changes.

Image size is going to be fun to see too. Already the full resolution RAW files from the 5DS/R and A7RII cause noticeable lag when loading and processing in Lightroom, even in top-end machines, so tripling the amount of data will magnify that issue. Storage space is a consideration too, even though cards and drives are getting cheaper and larger all the time. JPGs out of camera on the 5DS are in the region of 25MB, so could we be looking at 70+ megabyte JPGs? The RAW files of this new camera will be 210MB. This will certainly have an impact on burst mode and buffering too, though for landscape users this likely won’t be a deal breaker. Except the HDR crowd maybe!

I think it’s great Canon are coming out and publicly showing they are still trying to push sensors. It’s good for photography to have multiple companies pushing the tech forward. I’m cautiously optimistic.