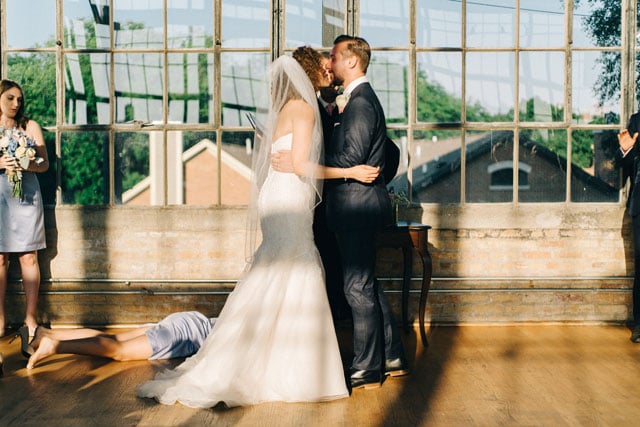 Wedding photographer Sean Cook captured his “strangest photo” a few weeks ago while shooting at a wedding in Chicago. At the exact moment of the bride and groom’s first kiss, a bridesmaid (the groom’s sister) fainted. The newlyweds now have a “first kiss” wedding photo that features a bridesmaid lying facedown in the background.

16-year-old Grace Ryan “fainted from the heat and from lack of proper food and hydration that day, hitting her head on a table, then the ground,” Cook tells PetaPixel. “But it all happened so quickly that the first kiss still happened.”

“Normally I would never post a story or photo like this, but the couple have posted it everywhere, so I thought it might be interesting enough for the photo community to see,” Cook says. “The warning is, make sure that everyone eats and drinks plenty before the ceremony! Especially during a hot Chicago day.”

Here’s the sequence of photos he captured during the first kiss: 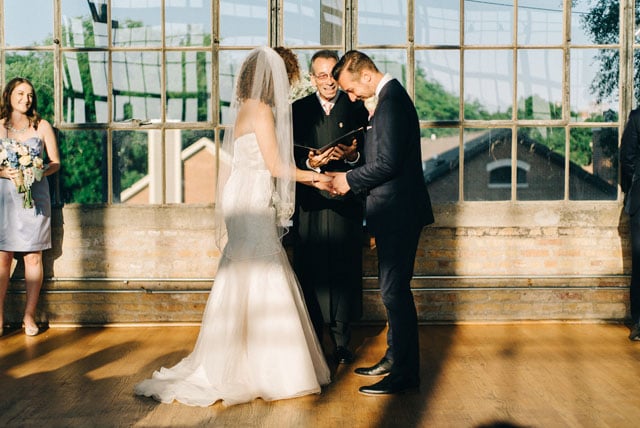 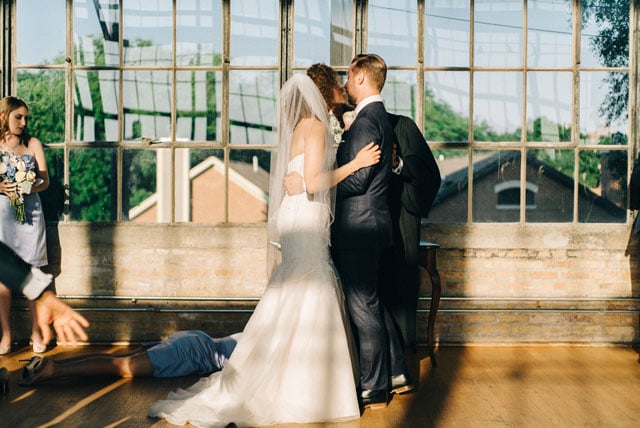 The bridesmaid was fine after eating some food and drinking some water, and Cook says that she was “the life of the party the rest of the night, dancing and having fun with everyone.”

“If it were me, I would have moved to Mexico and started a new life, but she was awesome.”

Grace is now Internet famous: her brother posted this wedding photo online a couple of days ago, and it has amassed over 2 million views over the past 48 hours.

Image credits: Photographs by Sean Cook and used with permission

Leica M9 Falls Off Balcony and Breaks… the Ground