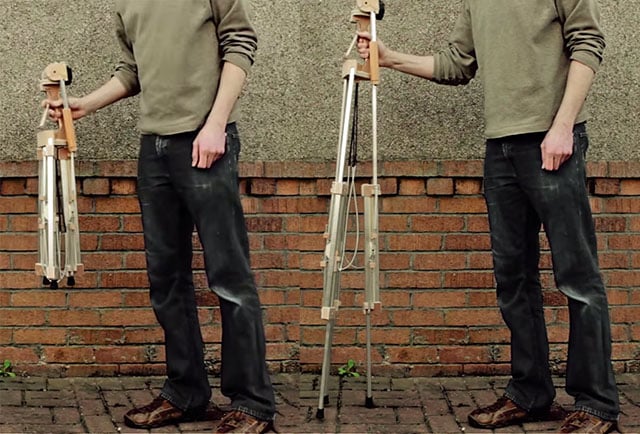 Tripods are often designed for stability rather than ease of use, which can make operating them a slow and complicated process. Traditional tripods are also often difficult to set up with one hand.

The London-based product designer who goes by the name Product Tank decided to try his hand at inventing a tripod that’s friendlier to use. What he came up with is this clever prototype that can easily be expanded, adjusted, and collapsed with a single hand.

The prototype is about the same size and weight as a standard tripod. Near the top is a central hand grip with separate controls for releasing the legs and closing them inward.

Here’s a short video introducing and demonstrating the prototype: 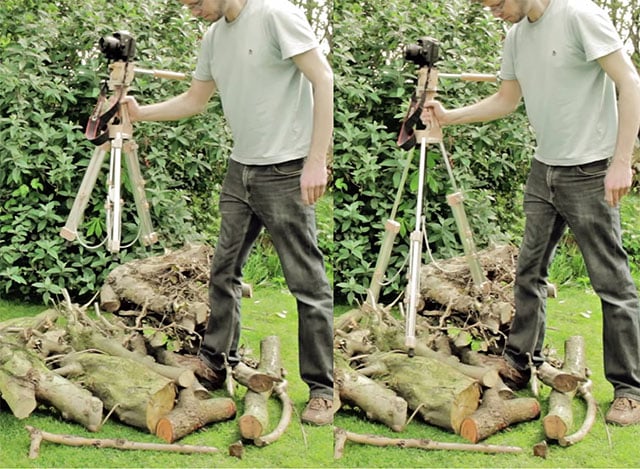 “Because everything is controlled from a central hand grip, the economy of movement required to set up and position the camera is greatly reduced,” Product Tank writes. “This innovation means it will be much easier to use by everyone.”

In addition to controlling all the legs at once with the central hand grip, the length of individual legs can also be adjusted with one hand as well. 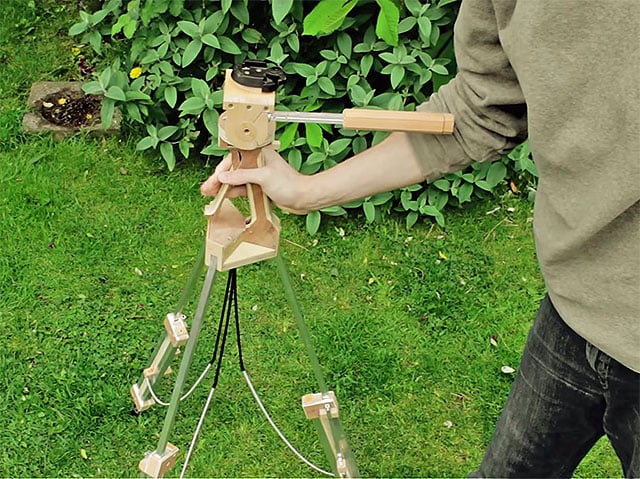 The current prototype is made from aluminum square extrusion, plywood, beech hard wood, some pine, a rubberized tube, a few springs, and parts of a sink unblocker. It can hold at least 7.5 pounds, meaning most camera kits shouldn’t be a problem. “In production my super tripod would look completely different to the prototype,” Product Tank writes, “but there’s a hundred improvements to make and lots of other ideas to incorporate too.” 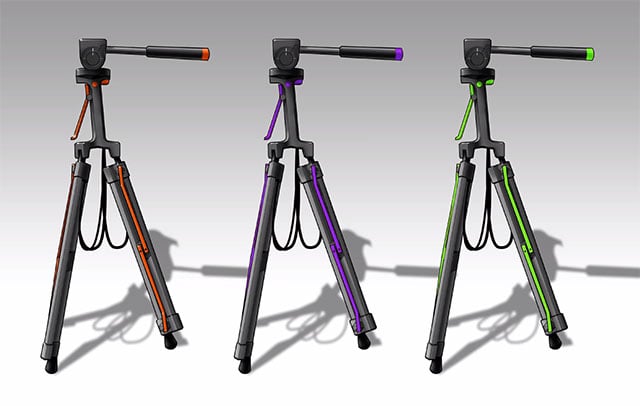 (via Product Tank via DIYP)