When photography enthusiasts John and Sara Jennings found out they were expecting their first child, they decided to get capturing the pregnancy on camera. They shot a series of photos every week for 9 months while they painted a picture and set up the nursery. Afterward, they combined the shots into this creative 3-minute time-lapse video in which Sara gradually gets closer and closer to their daughter’s birth as she’s working on the room. “My wife and I are both in architecture and have a passion for photography,” John tells PetaPixel. “So when we found out we were expecting our first child we had to document the journey the best we could!” 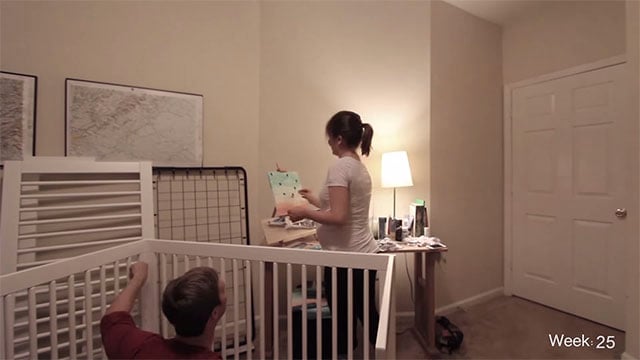 “We paid particular attention to keeping everything consistent such as the time of day, the lighting, the clothes, and of course the camera angle.” 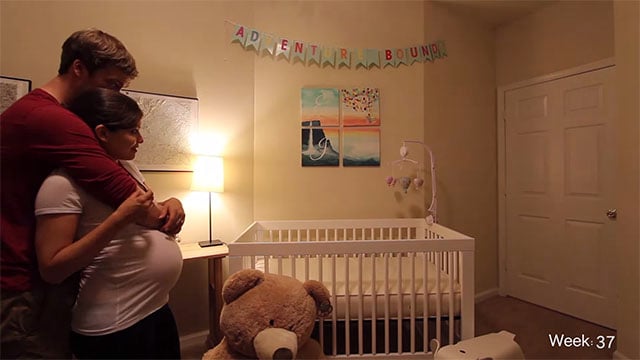 The last frames in the video were shot three days after their daughter, Mia, was born. Image credits: Video and still frames by John and Sara Jennings and used with permission

‘What You Put in the Frame Determines the Photo’