When his wife Osher became pregnant with their first child, photographer Tomer Grencel had the idea of documenting the pregnancy through a stop-motion video. Over the next 9 months, he snapped 1000 photographs at different points and with different creative concepts. After his daughter Emma entered the world, he spent a month combining the images into a single stop-motion animation that tells the story of Emma’s journey from the womb into the world.. 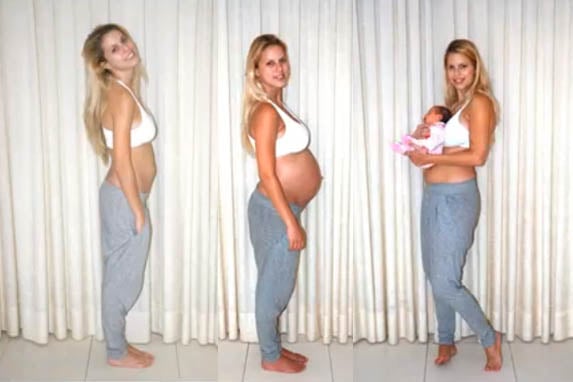 We’ve shared a couple of similar stop-motion videos documenting pregnancies in the past, but Grencel’s project has some ideas we haven’t seen before (e.g. having two versions of his wife from different stages interacting in the same frame). Plus, the video has received quite a bit of attention as of late, amassing nearly 300,000 views since being uploaded to YouTube back in July.

P.S. The Grencels are also running a photo blog that documents their adventures in parenthood through photos.