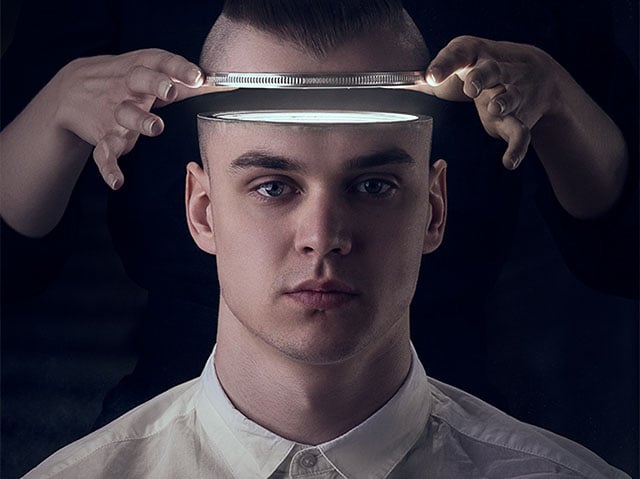 My name is Kristjan Järv. I’m a 17-year-old photographer from Estonia, and today I’ll be sharing about how I recently created a surreal photo titled “Miseducated.”

Here’s the concept for the photo I originally had:

In the background you can see a bookself. There is a person sitting infront of the camera, representing a student. Behind him there is another person, who is lifting the top part of his head up, seperating it from the lower part. This is representing the education system. From the inside we can see a glow. His ideas and mind are getting stolen.

I can’t exactly recall when or how I got the idea for this picture, but what I do remember is the original concept and vision. What I visualized was a person sleeping, lying on his side, facing the camera as a thief was stealing his ideas through a USB cable plugged into the side of his head. That idea eventually changed into what I created as the final piece: 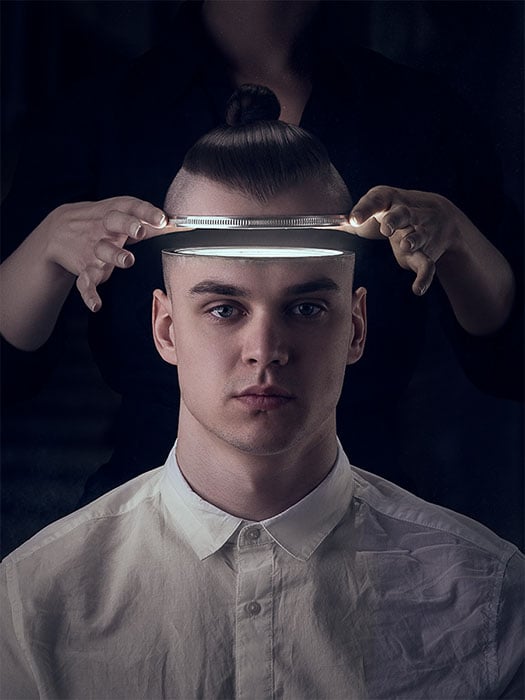 In my first attempt at creating this image. I failed horribly due to the lack of skill and planning, as well as the fact that I had to shoot it completely alone. Because of this, the base material was terrible and the image came out horrible. After this failure, I put the idea on the shelf to be redone in the future.

I then completely forgot about this idea until stumbling across it recently while organizing files in my computer. From that moment I decided that I would take a second attempt at creating this image.

The biggest mistake I made while shooting this image for the first time was that I did it alone. I realized that this image required a minimum of three people: one person sitting, the second one acting as the thief and the third person behind the camera, pressing the button and making sure that everything is where it should be.

The second mistake was that I did not collect enough real details in-camera and tried to create too many of them in Photoshop. This resulted in the image having almost no fine details, and it ended up looking horribly fake. Here’s a crop of my first attempt: 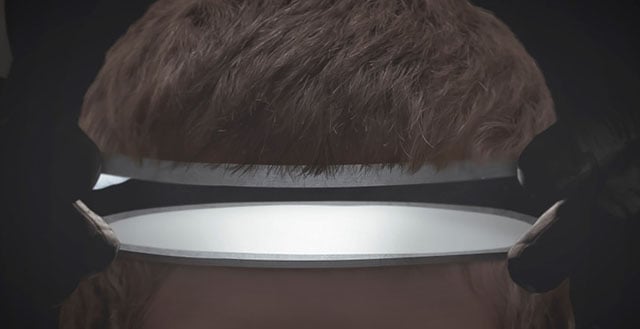 As Christopher Nolan once said: “However sophisticated your computer-generated imagery is, if it’s been created from no physical elements and you haven’t shot anything, it’s going to feel like animation.” This quote may have been for motion pictures, but it also holds true for still images.

I didn’t want to repeat any of those mistakes during the second time. I started off by finding two models, a male and female. Then I also made sure I had plenty of help on the shoot; I asked three of my friends to come and assist me (one of them filmed a behind-the-scenes video). Once I had the models, their wardrobe was set and my assistants were ready, it was time to figure out how to make the separation of his head.

For the inside of the man’s head, I used two cake pans (my mom makes cakes for a living). I also used two M42 stacked on top of each other with duct tape to include threads for a logical connection point.

For the top of his head, I took a clamp from my grandfather’s garage and taped it with duct tape to a cardboard circle. Here’s a crop showing the details of my second attempt: 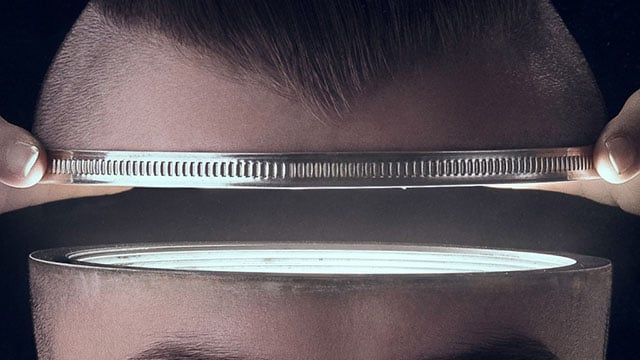 Now, that I had the construction of the head figured out, it was time to get to the shooting. We booked the assembly hall of our school for the shoot. I decided to use a green screen to give a nice contrast between the subjects and the background. Using a white or black background would have been out of the question due to the fact that one of the models was wearing white and the other black.

In the beginning I wanted to go with a very basic lighting setup, a very flat type of light. However, a couple of days before the shoot I came up with a new, more interesting, setup. I had a 120cm octabox for the key light on the camera left. On the opposite side there was a silver reflector filling the shadows. To the camera right, behind the subjects, there was a gridded 70×70 softbox giving them a rim light and finally there was a speedlite boomed above the male model giving him a hair light. Natural light of the room affected the exposure a bit as well. 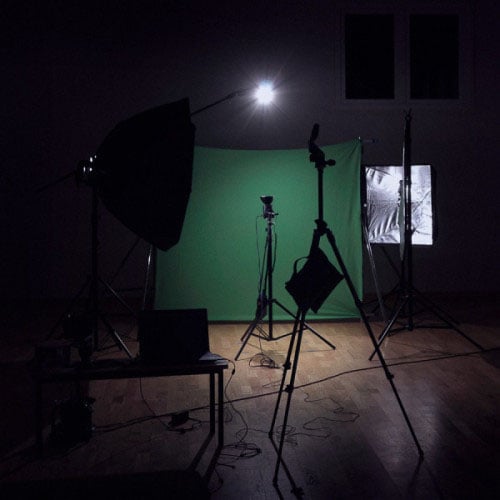 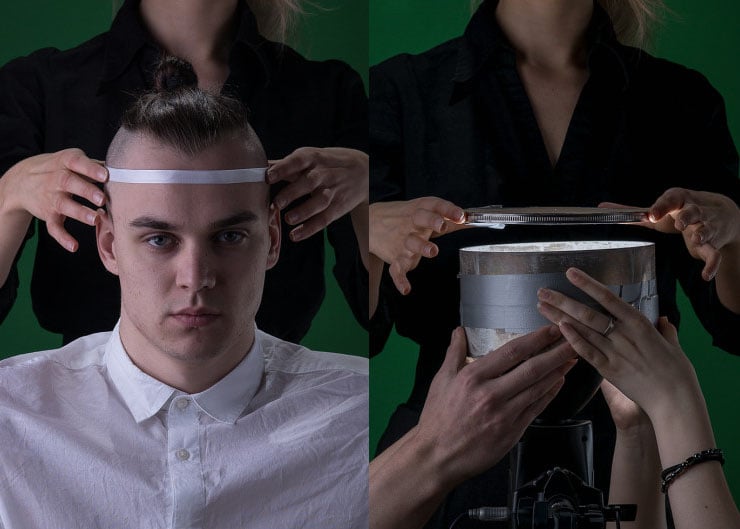 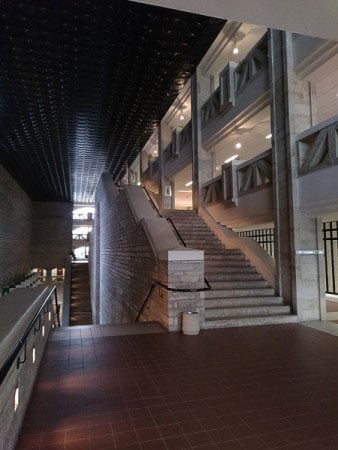 The final image is made of 342 layers and took two months to finish it (from pre-production to exporting the file at Photoshop). My four year old laptop was really struggling with this image. At times I found myself waiting hours for it to apply a filter or merge a couple of layers together. There were moments when I felt like it is impossible to finish this image. But in the end, I finished.

I think I managed to pull off an image that looks pretty realistic and believable, and I had lots of fun making it (aside from the hours of headache caused by my laptop). There are some things that I would do differently or add to the image if I was to remake it in the future, but no image is ever complete or perfect.

Here’s a short behind-the-scenes video of my project made by my good friend Meel Paliale:

About the author: Kristjan Järv is a young photographer and retoucher based in Tallinn, Estonia. You can find more of his work and writing on his website and blog. A longer version of this article was also published here.