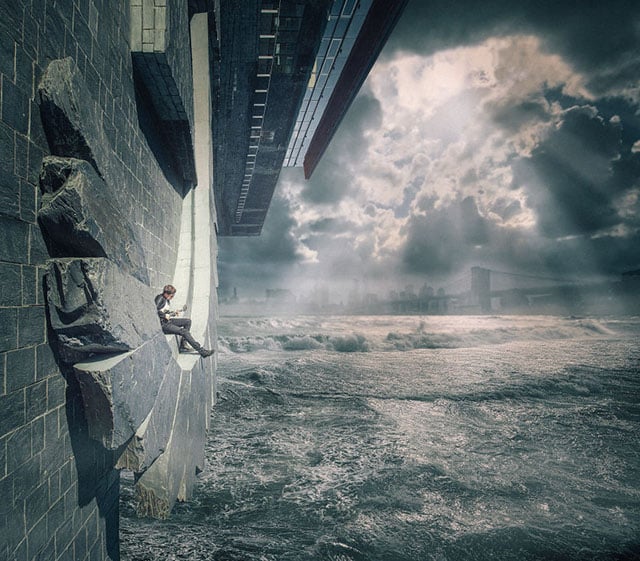 Photographer Antti Karppinen was recently hired to do a portrait photo shoot with Cardiff-based singer and songwriter Jammy Harris. For one of the shots, Karppinen decided to create a mind-bending image of Harris sitting on a stone ledge over rough waters using a creative perspective and photo-manipulation.


Karppinen started out by scouting out a suitable location and sketching out the photo concept he had in mind: 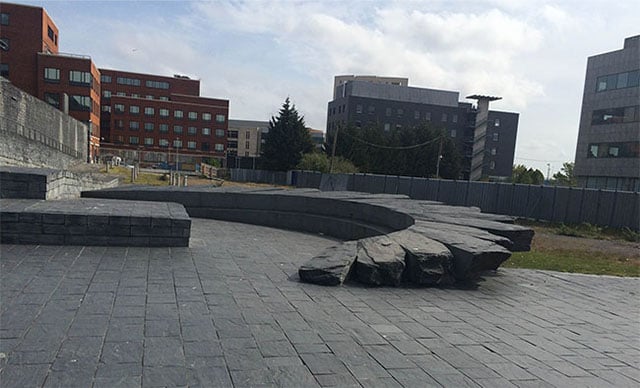 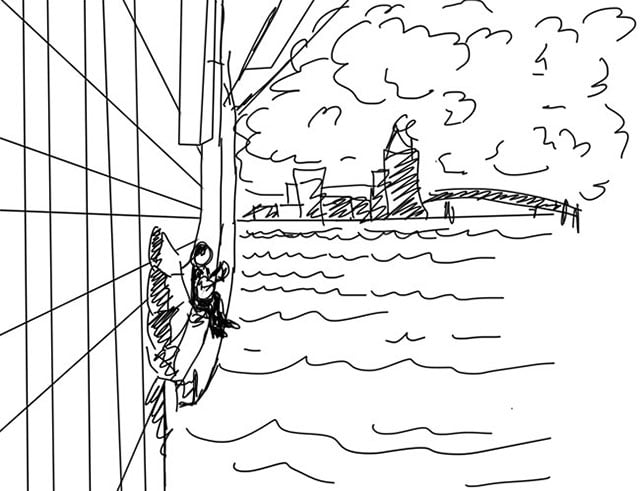 Next, Karppinen photographed Harris lying down on the ground horizontally against the stone bench: 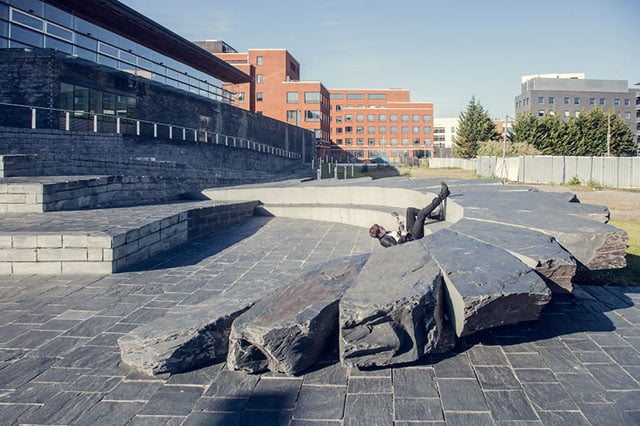 The photographer then rotated the image, filled in the background and sky with a seascape, and added a cityscape to the horizon. 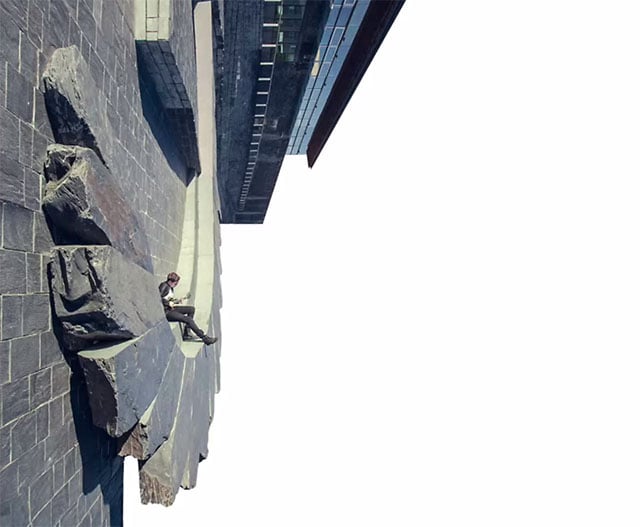 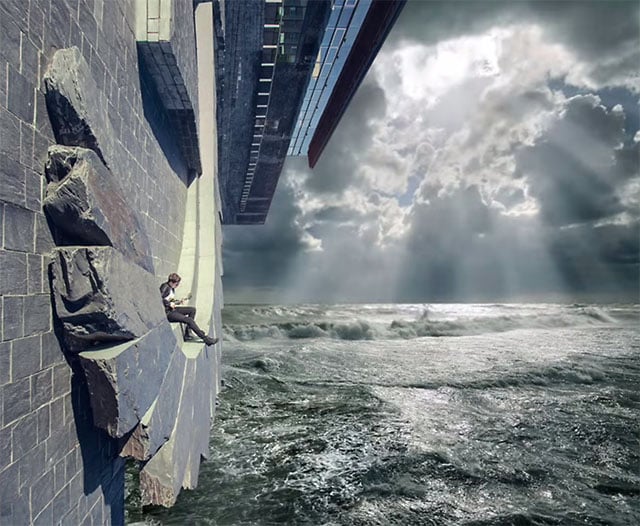 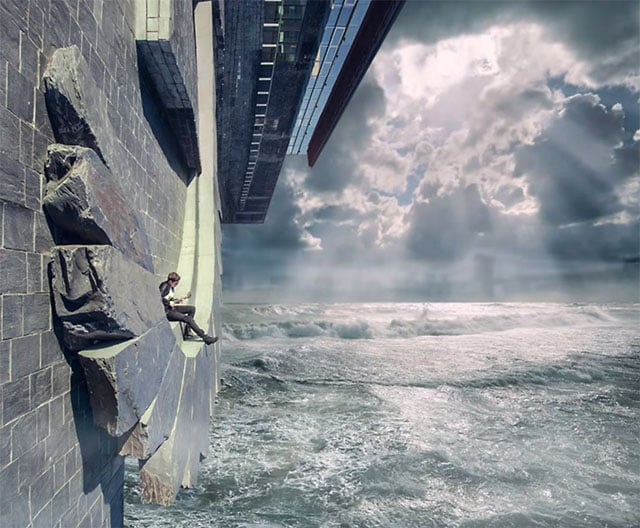 After a little more tweaking of colors, Karppinen arrived at the final image:

Here’s a short 4-minute video showing the photo shoot and the Photoshop work that was done after:

Harris is now using this mind-bending photograph prominently on his official website.

P.S. Back in February, we shared a conceptual wedding photo Karppinen made of a sideways world created in an ordinary bar.

Image credits: Photographs and videos by Antti Karppinen and used with permission