Multidisciplinary artist Jennifer B. Thoreson uses intricate installations and sculptures to visualize emotional and physical suffering through a series of surreal and unsettling photos.

Thoreson is an internationally exhibited artist who grew up in rural Texas and is now based in Albuquerque, New Mexico. At a young age, she got a glimpse of what photography can offer as a medium and embraced it by shooting events, portraits, and, eventually, conceptual work that utilizes intricately staged figurative photography.

“I think what I love most about the camera is the control it offers up, especially when combining the photographic process with sculpture and installation,” Thoreson tells PetaPixel. 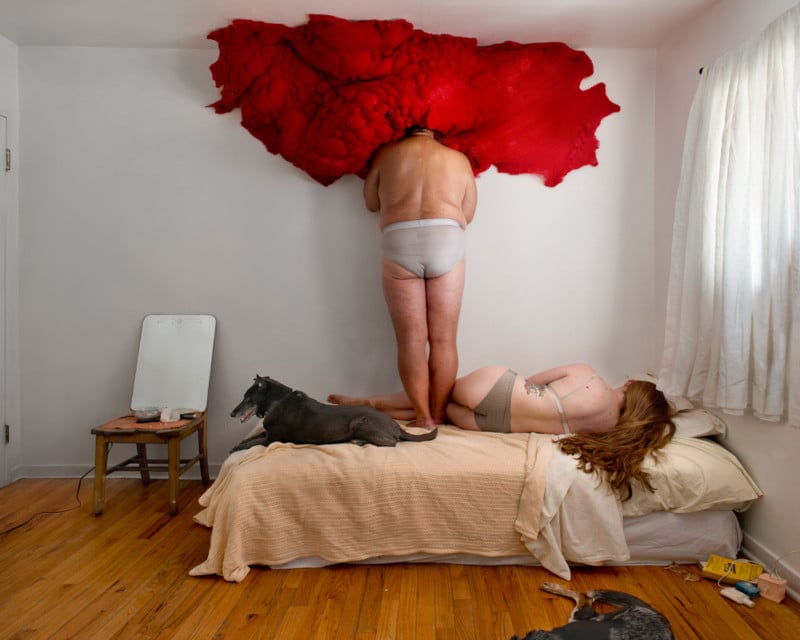 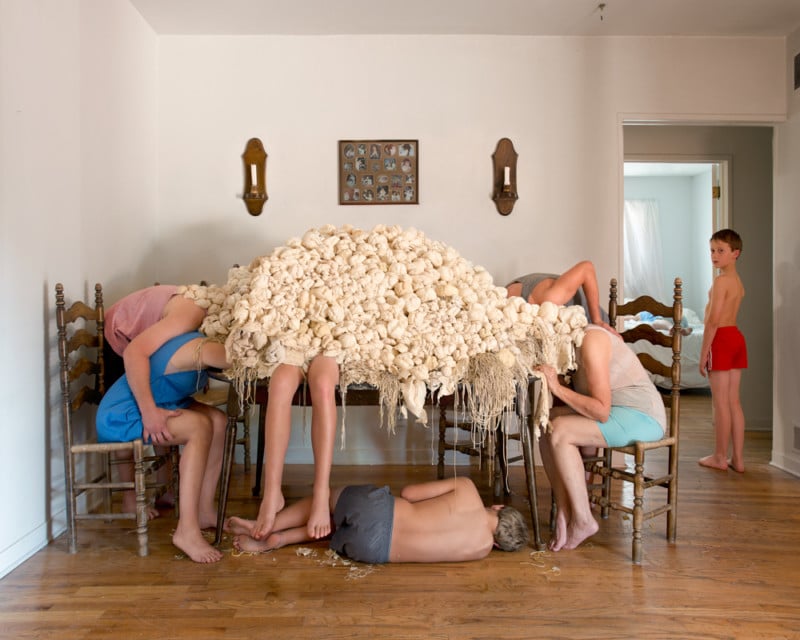 “I can make something with my hands, pair it with a human subject, and make one image, allowing the viewer to see the elements precisely as I want them seen. The photograph is a record of an authentic moment and interaction, but I can manipulate the perception of that scene using the one-point perspective of the camera, lighting, line, space, texture, dimension, and constructed narrative.”

Using her ability to combine several mediums to express one singular concept, Thoreson staged and shot “Testament,” a surreal project in which she explores the manifestation of anxiety and depression, specifically in people of faith. Having grown up in a devout Southern Baptist household, her family’s daily life was rooted in religion.

She started the project through playful free experimentation using various sculptural materials. During this project phase, she became fond of the various forms of fiber and learned new methods to help with the creation such as weaving, spinning yarn, and wool felting. 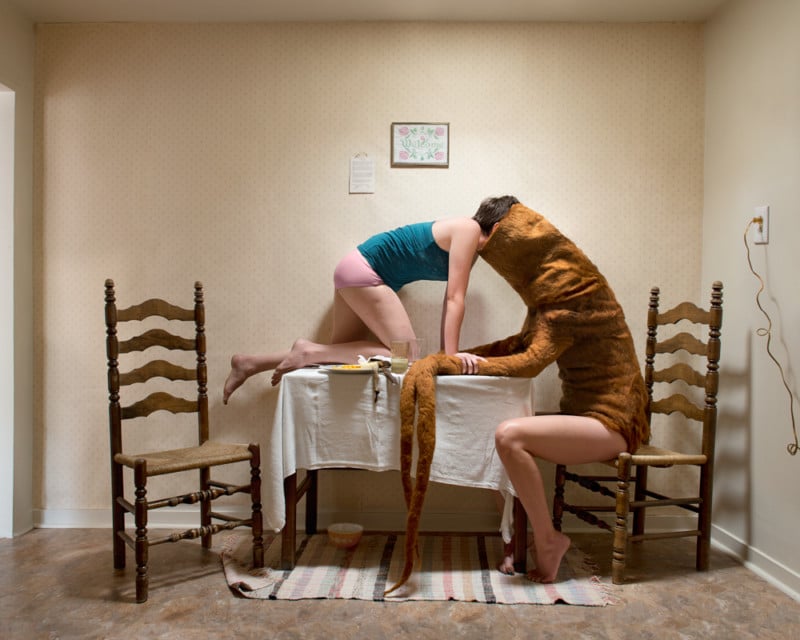 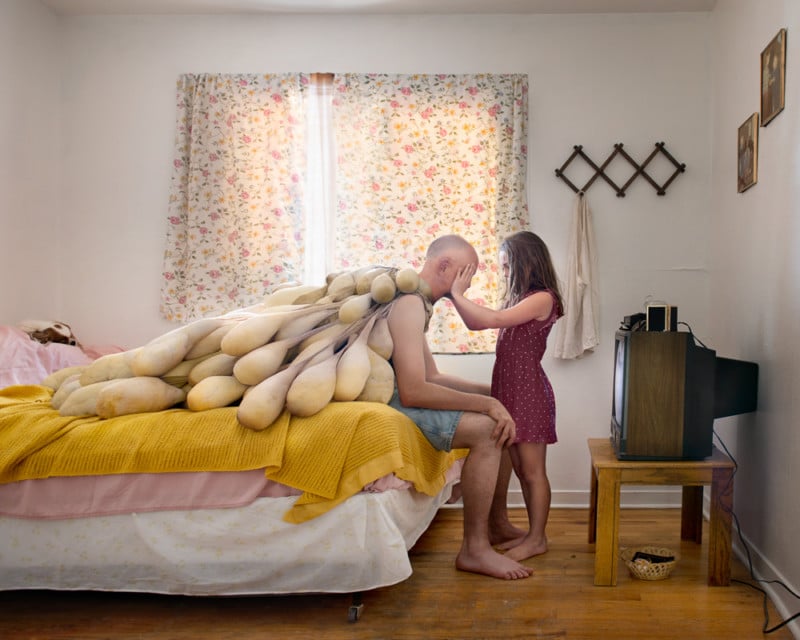 “Eventually, I was able to connect the dots and form some interesting Biblical metaphors using specific materials, like wool, to represent the relationship of God to humankind, the Shepherd to the sheep,” Thoreson says.

“All of the materials used in Testament are similarly symbolic. Once the sculptures were made, I installed them in a rental house that I chose because of its similarity to my own childhood home, where my own understanding of faith was rooted.”

While making and arranging the sculptures around the house, Thoreson didn’t follow a strict plan. She put them in different spaces and played with light to see how they look on camera, eventually finding arrangements that seemed right.

“I was very interested in how each person interacted with the objects without my instruction, how the sculptures evoked certain feelings and visceral responses, and how that might be evidenced photographically,” she explains. 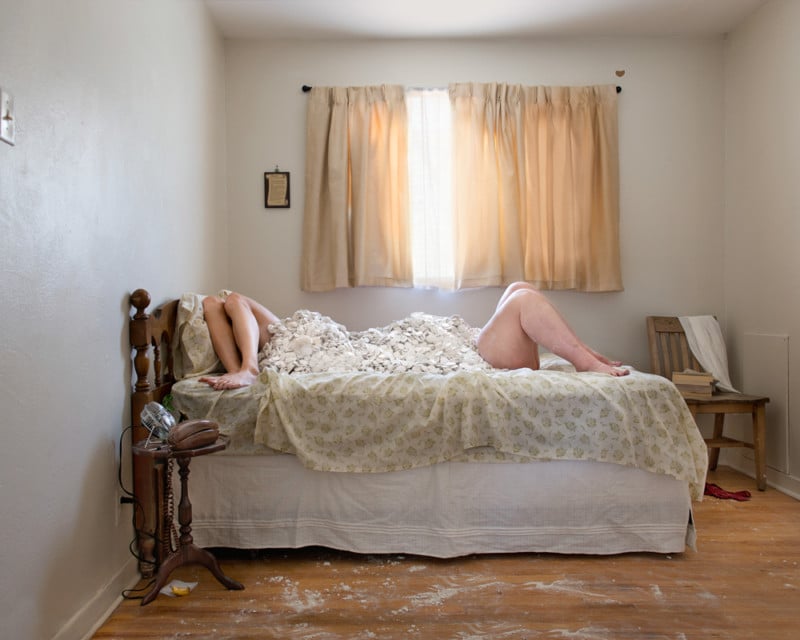 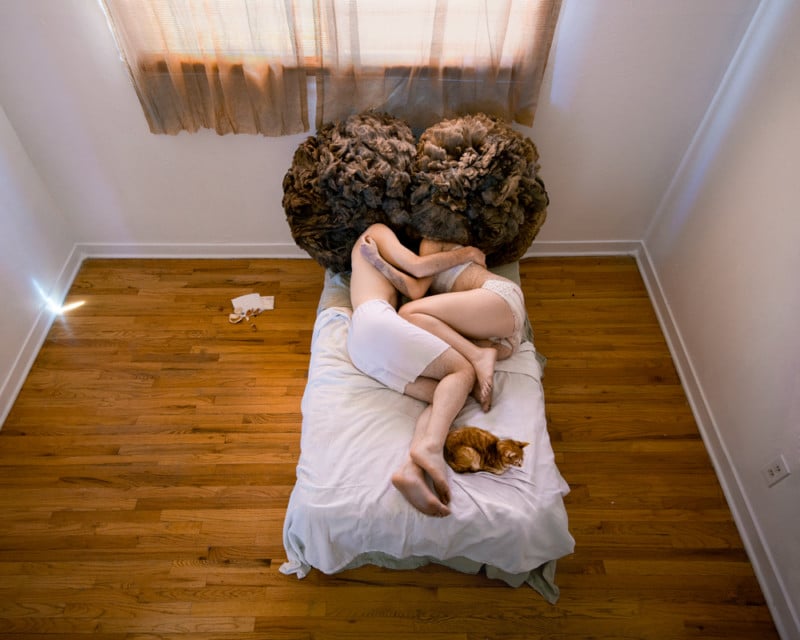 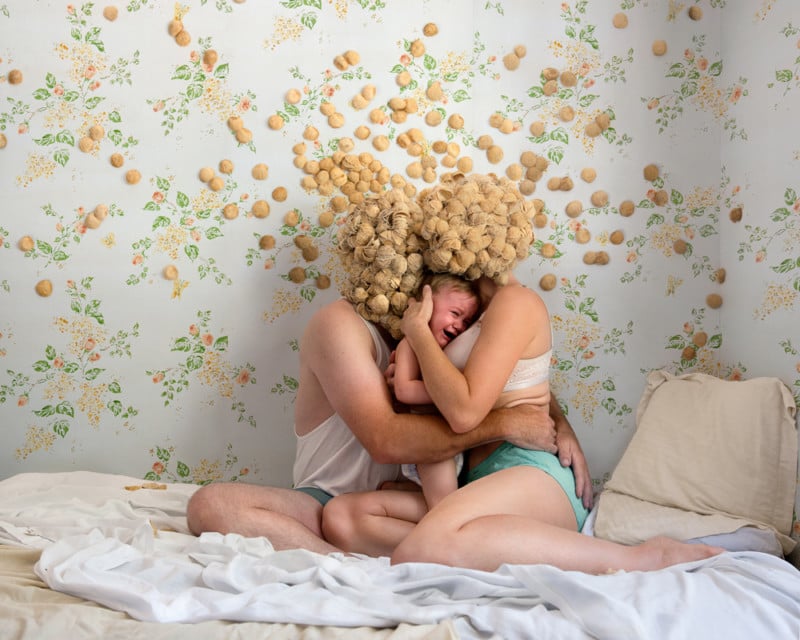 “The photographs were all made digitally. The final prints are very close to the original capture, with minimal adjustments for lens distortion, tonality, and color. It was important to me that content wasn’t manipulated or composited.”

Nearly all of her models for this project are friends and family because she wanted to work with people who could trust her and allow her to show their vulnerability in front of her camera.

Looking back, the project was satisfying to make, Thoreson says. It helped her establish a more intense interest in the relationship between sculpture and photography, which is something she plans on working with for the foreseeable future.

Currently, Thoreson is working on a large collaborative piece where people from all over the world have contributed pieces towards a mass sculpture, which she will install and photograph in July.