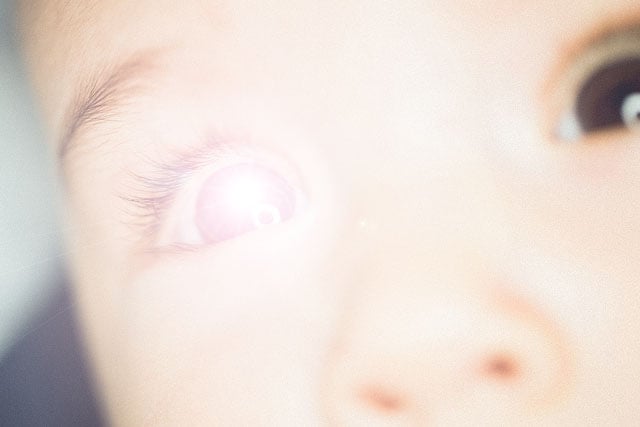 Earlier this week, China’s official state newspaper People’s Daily published a story on its website about how a 3-month-old baby had been blinded in one eye by a camera flash. The report said that a family friend forgot to turn off the camera’s flash before taking a picture from around 1 foot away from the baby’s face, causing permanent blindness in his right eye and a loss of vision in his left.

The brief but powerful flash caused “irreversible damage to the delicate” macula of the eye, which is extremely sensitive in early years, the story claimed.

Parents of newborns in China were likely alarmed after reading the article, and they’ll probably think twice about using a camera flash anywhere near their child, but how true was the original story? Is there any actual reason to be concerned?

“If this story were true, there would be lots of blind babies out there,” he tells Yahoo Parenting. “Retinas are made to last, and it’s highly unlikely that this kind of light would cause damage.”

“To attribute the blindness to the taking of a photograph would be incorrect. There’s no way that a camera can cause such damage.”

So basically, if you see this camera flash urban legend floating around in the coming days, rest assured: you can safely ignore it and continue shooting flash photos of babies.