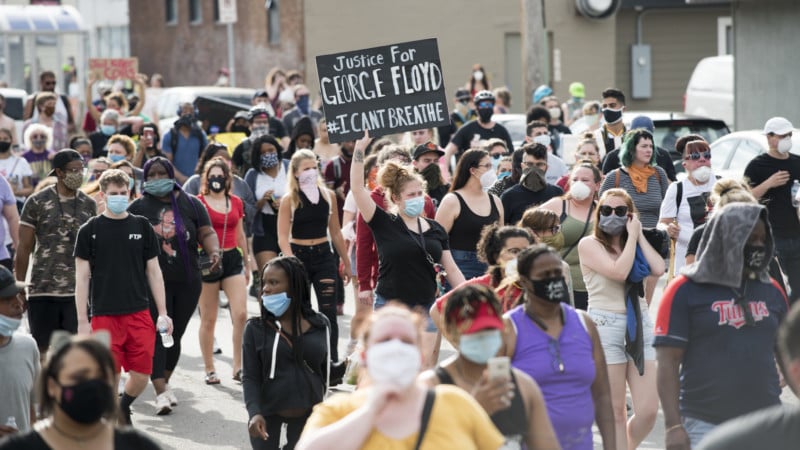 A freelance photographer from Nashville, TN has been left permanently blind in her left eye after she was shot in the face with a rubber bullet while covering the clash between protesters and the police in Minneapolis, Minnesota, on Friday night.

According to The New York Times, Linda Tirado—a freelance photographer, activist, and author—was covering protests sparked by the death of George Floyd on Friday night when she was shot in the face by what she believes was a rubber bullet. She tells the paper that she “put my camera down for a second, and then my face exploded.”

Tirado was carried away from the violence by a group of protesters, and posted the tweet below shortly before being taken into surgery:

Hey folks, took a tracer found to the face (I think, given my backpack) and am headed into surgery to see if we can save my left eye

Unfortunately, the doctors weren’t able to save the eye. In a follow-up tweet posted Saturday morning, Tirado reveals that she has been “permanently blinded” in her left eye, and has been ordered to rest for six weeks before returning to work.

an update: I am permanently blind in my left eye, and the docs absolutely refuse to let me go back to work for they say six weeks. I’m definitely not allowed to be near smoke or gas.

Sadly, Tirado’s story is not uncommon, as journalists, news reporters, and photographers alike were repeatedly and systematically attacked by both protesters and the police while trying to cover the protests that took place all over the country over the weekend.

Tirado tells the Times that there was “no way that anyone had looked at me and not known that I am a working journalist,” but while this may have offered some modicum of protection in the past, the violence on display in Minneapolis, Atlanta, Louisville, and many other cities this weekend highlights that this is not always, or even usually, the case any more.

Iconic Central Camera Destroyed by Fire During Looting in Chicago