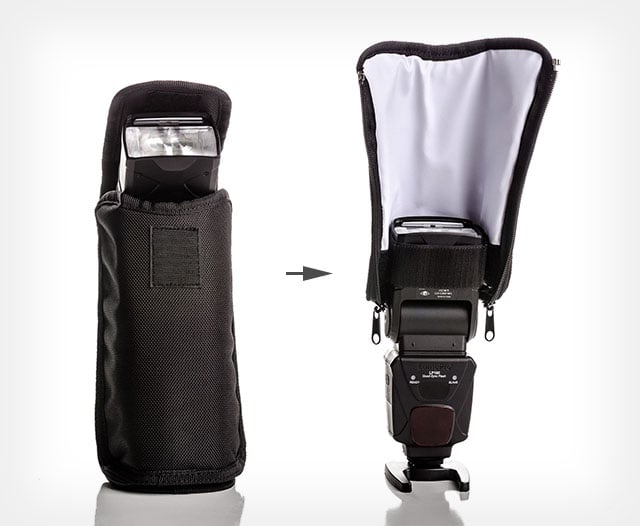 Now here’s a bright idea: LumoPro today announced the LP742 LightSwitch, a new protective case for flash units that transforms into a light modifier of your choice.

In case form, it looks like a standard protective shell that protects your flash unit from bumps and scrapes during transport. However, unlike other flash cases, one of the seams on the LightSwitch is actually a zipper that lets you open it up and disassemble it into three pieces: a front panel, a back panel, and a strap. 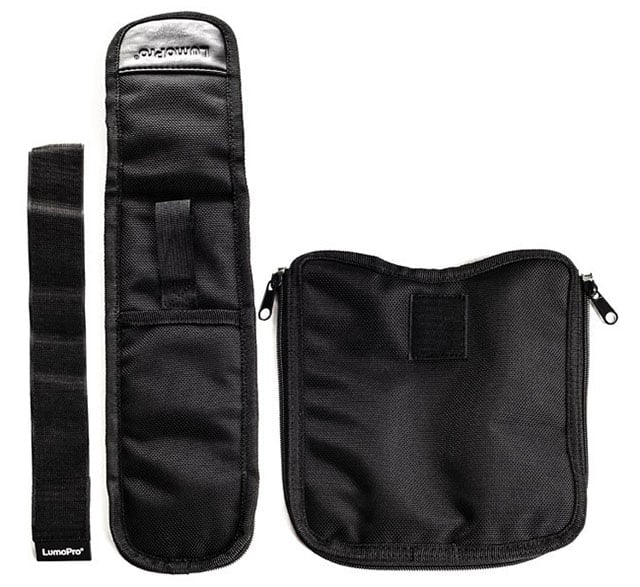 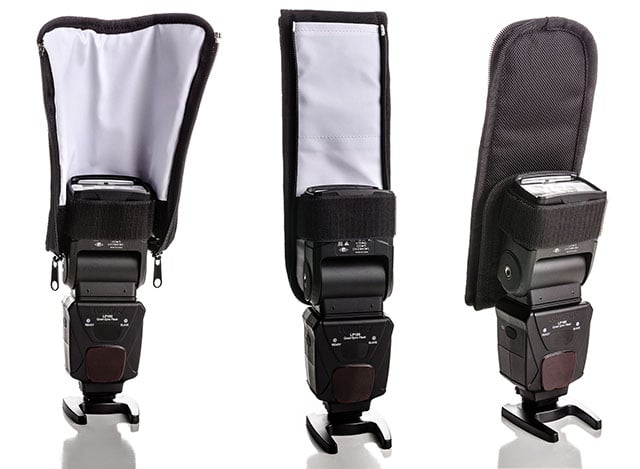 The LightSwitch fits most standard flash units out there using the included hook-and-loop (colloquially known as Velcro) strap, and is made out of durable, padded ballistic nylon and stain-resistant, white vinyl.

If you’d like to cut down on the amount of gear in your camera bag by consolidating your flash case and light modifier into a single product, you can purchase a LumoPro LP742 LightSwitch for $30.

10 Tips for Getting Hired as a Photographer, From Industry Pros