LumoPro surprised the photographic community in 2013 with the release of the LP180 speedlight. This successor to the LP160 offers amazing performance for a relatively low price compared to competitors. With a guide number of 110, the LP180 is powerful enough to use outdoors for portraiture, and even automotive photography.

If the LP180 was a game changer for many people due to its accessibility and performance, LumoPro has outdone itself with the new LP180R. 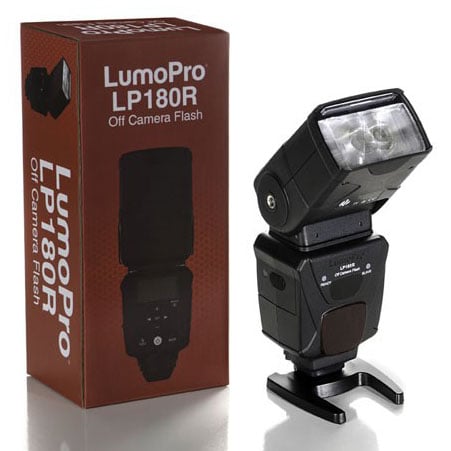 The LP180R is the latest and greatest piece of gear from LumoPro. For users of the current LP180, there is little to no change with the layout of the new unit – the change lies within the flash. The LP180R has a wireless receiver built in to the unit, much like Canon 430 EXIII’s and Canon 600EX RT’s. The key difference, and what I think separates these new LP180R flashes from their competition, is the integration of a Phottix Odin receiver.

I decided to put the LumoPro LP180R to the test with a fitness shoot. I worked with my friend and fitness model, Missy Moziejko, as she was back in town for a few days. We quickly decided that we would shoot in her regular gym. Since we could not block out a time slot, we were forced to work while the gym was open. This presented a problem, as I needed multiple lights to achieve the effect for which I was looking. I did not want to lug around several monolights or a battery pack system, as they are heavy and I did not have an assistant for moving or setting up the lights. 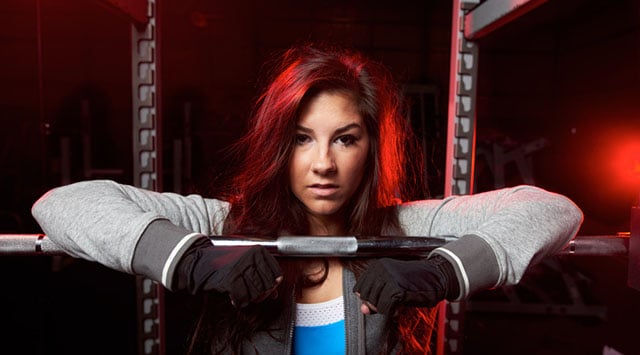 The LP180R’s really came in handy here, as I could bring small and light 10-foot stands; as opposed to heavy, less portable C-stands. It was also easier for me to move the lights around quickly during the shoot. Luckily, we had most of the day to work, so there was not a huge rush. The only thing that hampered our progress was having to work around the gym members. We did most of the shoot in the free space in the corner of the gym so as to avoid that issue. 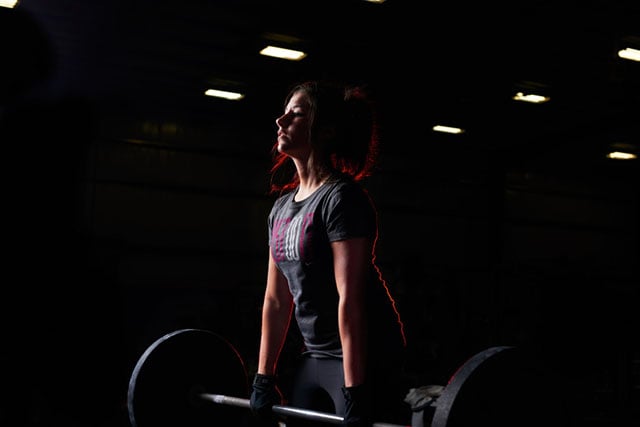 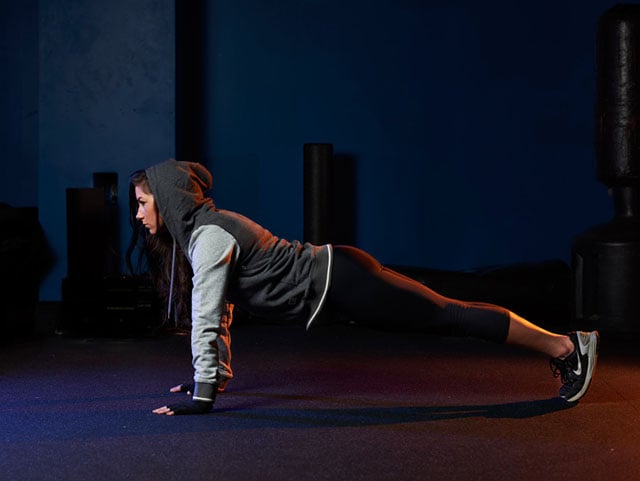 These images were shot on a Nikon D800 using the Sigma Art Series 24mm and 50mm, and the Nikon 85mm 1.4G. These three lenses not only gave me a wide variety of perspectives, but also the flexibility to work in tight spaces like the squat rack, or longer open areas like the free space where we created the bench and tire flip shots. My lighting setup for most of these shots was simple: I had one flash on each side of Missy, and two flashes in the 3’x4’ softbox in order to fill it evenly.

Because I could separately control each back-light to create a more dramatic fill, the Odin transmitter gave me a huge amount of flexibility. Also, I could easily shut one light off if it did not add to the shot. The key light in the 3’x4’ softbox was boomed high overhead, which would have made adjusting the power and zoom much more difficult without the control from the Odin transmitter.

A photographer could set up several LP180R flashes around a reception room at a wedding and have full control of the flashes in manual (1/1 to 1/128th power) or flash exposure compensation from -3 to +3 in thirds of a stop on TTL mode for run-and-gun shooting. The built-in receiver adds a huge level of versatility and control over each individual unit.

The Odin transmitter also allows for three groups to be made on any given channel. This feature came to be quite helpful when I was shooting the series of fitness images that are shown. The back lights were on groups B and C, so that I could adjust them individually and balance my fill light better. The key light, which was in the LumoPro 3’x4’ softbox, was set to channel A. The remote adjustments allowed me to shoot quickly and efficiently, as I could make any changes I needed to without having to move an inch. 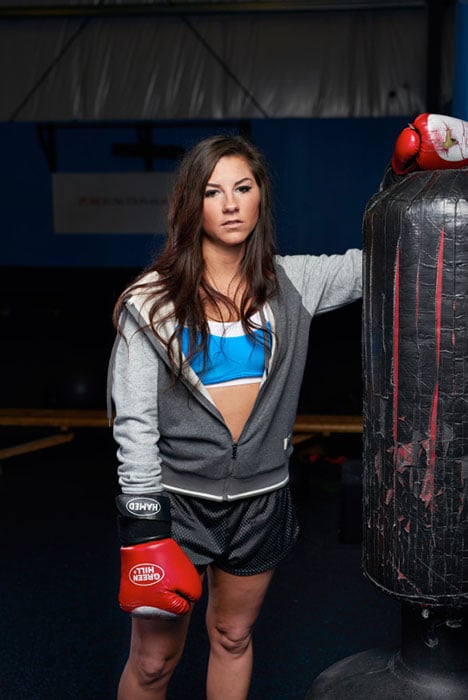 While the introduction of a receiver built in to the unit is extremely advantageous, it would be a gimmick if it did not work well. LumoPro certainly delivered here, as the flashes never failed to fire during the 6 hour shoot, in which we shot almost 500 frames. The lack of reliability has often been an issue that I have had with off-camera flash units in the past. The LP180R impressed me continually throughout the day as I never had to stop the model or slow the shoot down due to equipment problems. 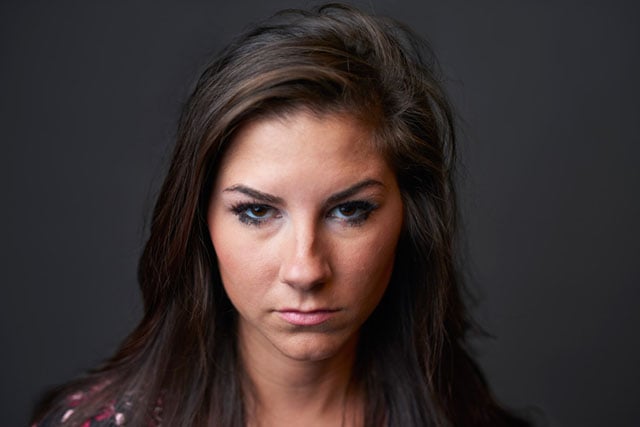 These are all features that a professional flash unit should deliver and the LP180R fits the bill perfectly. Not only did they give a beautiful quality of light, but the reliability of the triggering system made my experience as a photographer much easier! As a Nikon user that shoots a lot of off-camera flash portraiture, I can see many LP180R’s in my bag in the near future.

The LumoPro LP180R is available from Midwest Photo Exchange for $230.

About the author: Spencer Lookabaugh is a portrait and nature photographer based in Columbus, Ohio. You can find more of his work on his website and Instagram. This article was also published here.