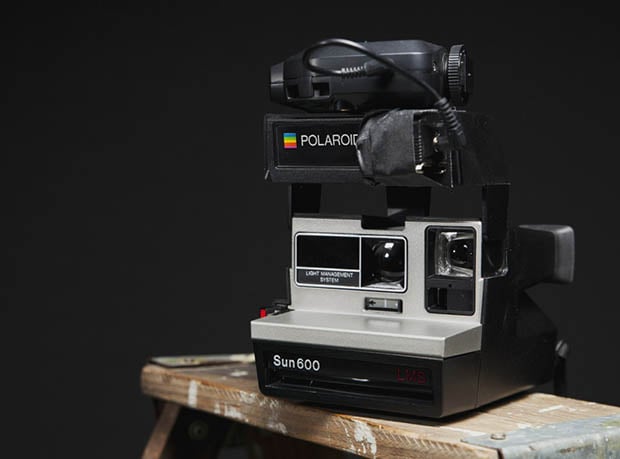 It has been a long time since I have asked for something photo related for my birthday. I usually don’t ask, just because I’m very particular about what equipment I use, and my friends and family know it. But this year, it was different. I thought about dabbling in some old school photography, so I asked for a Polaroid 600 camera. My fiancée stepped up to the plate and delivered, gifting me an awesome 1983 Polaroid Sun 600 LMS. I had some fun with my first pack of film, but then it was time to start pushing the envelope.

An idea hit me one day, and I knew I had to try something that I’ve never seen done before: shooting off camera flash with an older Polaroid 600 instant camera. 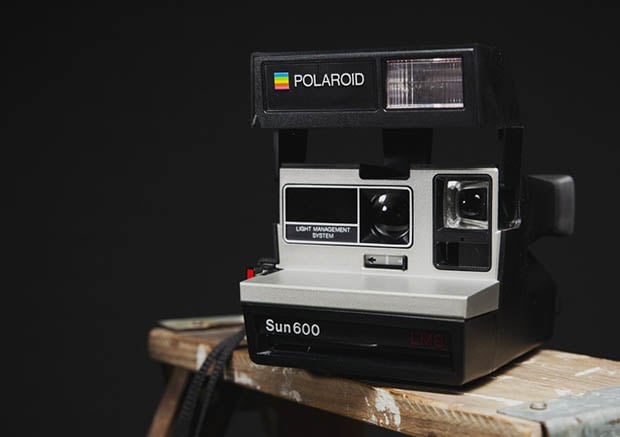 To those who are confused about how I’m going to be using the now “discontinued” Polaroid instant film, let’s back up for a brief history lesson.

If you don’t know much about Edwin Land, you really should Google him. He was the father of instant photography and in my opinion he was the Tesla of his era. In 1948, Land founded Polaroid and was the first person to create a camera that allowed you to see your image 60 seconds after it was taken.

Unfortunately, by 2008, 17 years after Land’s death, the Polaroid name had been beaten to a pulp, bought and sold off more than a few times and ultimately decided to stop producing film for instant cameras. Shortly after instant film was discontinued a team of 10 former Polaroid employees decided that making over 300 million instant cameras obsolete forever was unacceptable. They bought up the equipment and factory to produce instant film for these cameras and renamed their company The Impossible Project. You can read their incredible story here.

At first I had only one plan, and it was shaky at best. My flashes, the LumoPro LP160s, have a built in optical slave, which means when it visually detects the flash it will simultaneously fire. If the flash on the Polaroid goes off — which it does when you hit the shutter button — then theoretically the LP160s will go off as well.

I didn’t necessarily want the direct flash from the Polaroid to contribute to the exposure, so the plan was to use a piece of foil to bounce the flash up on to the ceiling which wouldn’t blast the subject with light directly, but would trigger the LP160s.

The only problem with this theory is: what if the flash from the Polaroid camera isn’t strong enough to trigger all of the flash units? I would have wasted a shot of film, and a pack of 8 shots is around $25, meaning each shot is about $3. Wasting a shot would be a very pricey mistake. 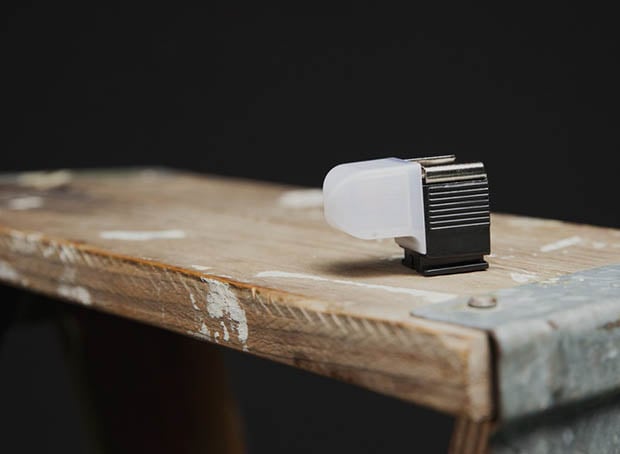 My plan started to make way more sense. If I attached this optical slave right in front of the Polaroid’s flash, then attached a PC cord plugged into a PocketWizard, I would guarantee that the other flashes would fire if they were also connected to a PocketWizard.

In addition I could cover the entire flash with optical slave in front with gaffer tape to prevent the flash on the Polaroid camera from contributing to the exposure.

Before I bought the optical slave, I tested this to see if it would work. I loaded my Polaroid camera with an empty film cartridge (which also happens to contain the battery) and fired a blank shot with the flash on. It worked flawlessly.

Here is an image of the setup:

This step was a bit more unpredictable than the first, as Polaroid cameras don’t play by the same exact rules that DSLRs or SLRs play by. With my Polaroid 600 there is no defined f-stop or shutter speed, only ISO, which is 600.

But I did quite a bit of research on the Polaroid I was using, the LMS (light management system) camera. The LMS camera is capable of shutter speeds between 1/30-1/200th and has an effective aperture of f/14-f/45.

These details gave me somewhere to start. Though you can’t control exact exposure variables on the Polaroid, the one nice thing you can change is exposure compensation, creating a darker or brighter image. The dial on the front of the camera (see page 8 from this manual) has 2 arrows: one white and one black, which slide to create a brighter image (white) or darker image (black).

The camera had no idea the flash was going to fire (there was no TTL system), so I had to move the slider to underexpose the image to prepare it for a bright flash of light. Even though the slider was going to aid in the proper exposure, it was still a gamble.

My goal was to get a final image within 3 shots so not to waste too much film and money, but I had 2 packs of Impossible Project film on hand, just in case.

There were going to be three lights involved: a main light, a fill light and a hair light. I was shooting my dark-haired model on a black background, so the hair light was necessary to separate the subject’s entire head from the background. I had to cheat a little bit and use my digital camera (a Canon 5D Mark II) to get an idea of what my exposure was (kind of) going to be.

I decided to start at the base exposure I thought the Polaroid 600 LMS would be. Because I had the slider all the way at the darker end, I figured it would be a higher shutter speed, probably at its max 1/200th. From there I set my DSLR on f/14 (base aperture for the Polaroid) and ISO 640.

The film I was using was going to be ISO 600, but unfortunately my camera didn’t feature that ISO level, so I knew that if I shot it digitally slightly overexposed (because my ISO would be higher digitally than on the film) than the film image would be properly exposed.

Then, as a main light, I decided to use a new product from my company, LumoPro. We (with the help from many in the photographic community) designed a Double Flash Speedring Bracket and with this I mounted a 12×36 gridded striplight for a narrow and focused beam of light to create a carved shadow appearance.

Here is a lighting diagram showing the setup: 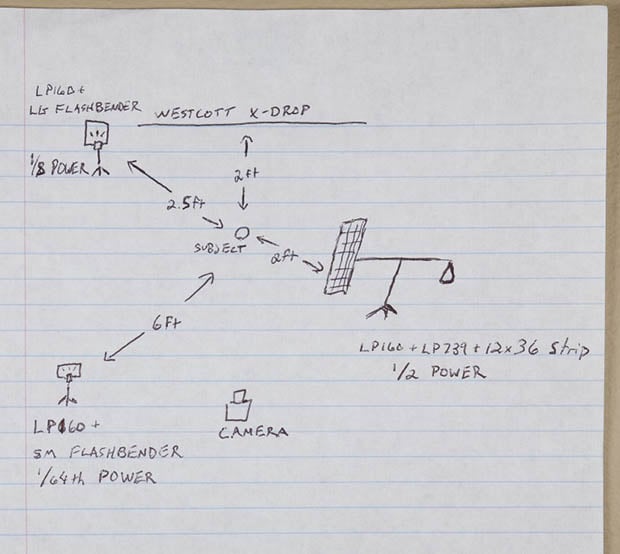 Using the three variables of distance, power, and aperture, I found a slight overexposure in my digital camera at ISO 640 1/200th at f/14.

Here’s the digital shot of the image: 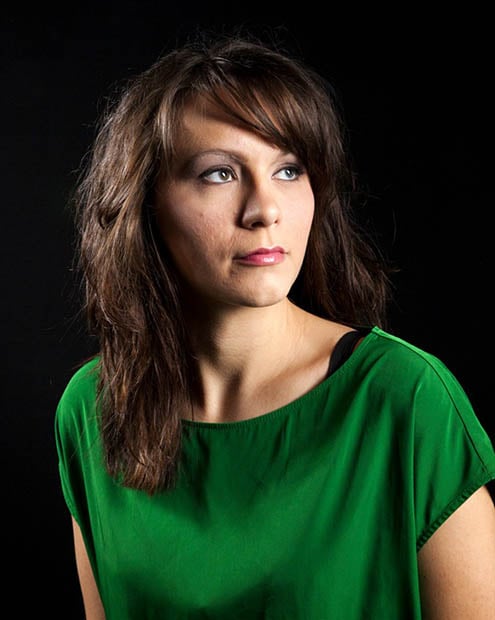 It was time to break out the Polaroid 600 LMS to get started with this shoot, for realz.

I took each step very slowly, testing the lights, inserting the film, and checking the battery levels on the PocketWizards. Finally, I looked through the view finder and hit the little red button on my Polaroid.

This whole process of getting ready felt like it lasted an hour and now my image wasn’t going to be viewable for another 5 minutes. The first image spat out of the camera with its classic motorized noise, and I waited… 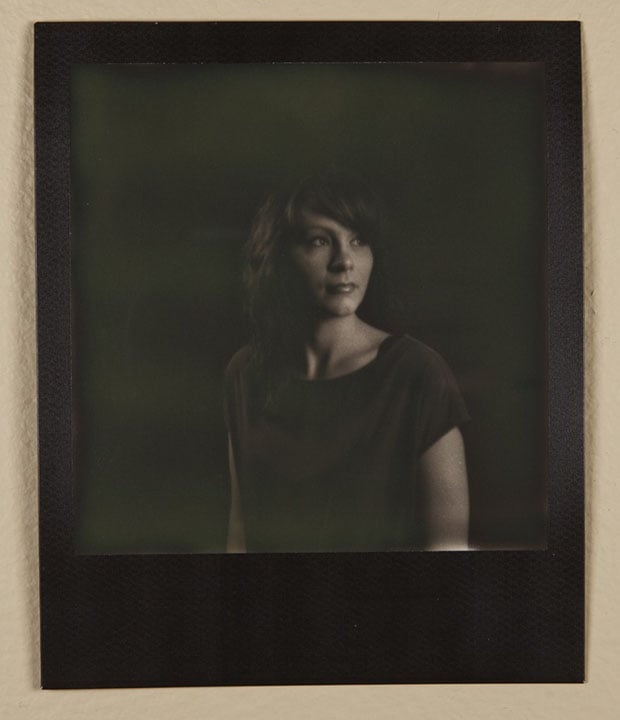 After 5 minutes, I knew it was underexposed, but I was still jumping up and down that it worked! I decided to raise the power levels one stop on all of the lights. I took the second shot and yet again, waited… 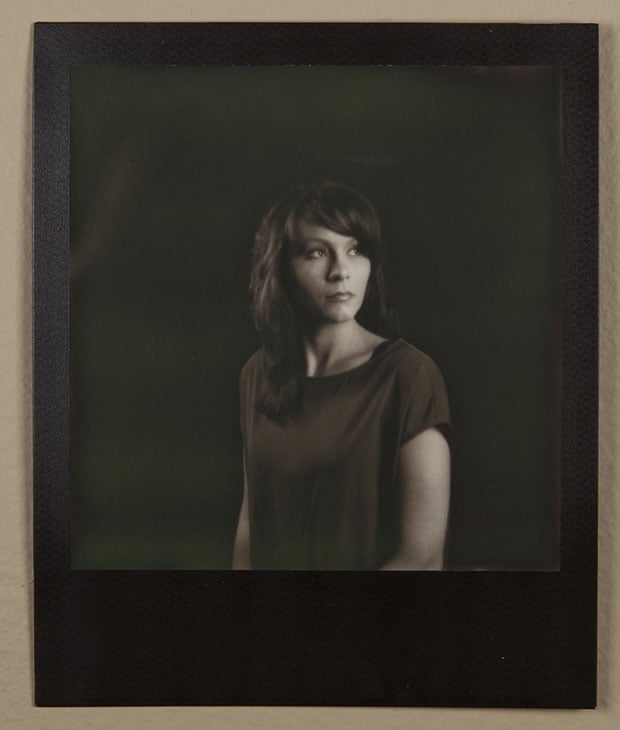 If I was jumping up and down for the underexposed shot, you can imagine that I was throwing a party about the second shot, which I found to be properly exposed. I had successfully made my goal of shooting an exposed photo with a Polaroid 600 and off camera flash in 3 shots or less. With some careful planning and execution, this project turned out to be a great exercise in shooting with unpredictable hurdles. And now, I can now mix two of my loves: controlling light and Polaroid Instant photography with Impossible Project film.

I encourage you all to try something you thought was impossible this week; you might find you can do about anything with light and a camera!

About the author: Kevin Deskins is a photographer based in Columbus, Ohio. Visit his website here. This post was originally published here.

Six Years of Daily Self Portraits… With the Lens Cap On