While teaching a street photography workshop in Chicago recently, photographer Chuck Jines saw an opportunity to teach his students how he’s sometimes able to shoot portraits of strangers from extremely close distances without them noticing.

“I had the opportunity to demonstrate just how much a photographer can get away with when people are lost in thought or occupied with a task,” Jines says. His unusual demonstration is seen in the 1.5-minute video above.

Here’s the gist. After noticing a woman staring intently at her phone, Jines walked right up and knelt down just a few feet in front of her. When she looked up to see what he was doing, Jines diverted her eyes by staring up at the side of a building. 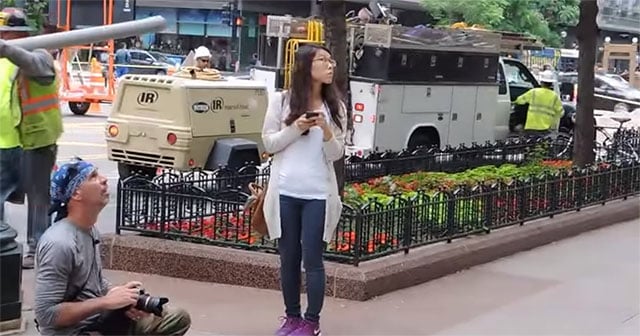 After the woman looked back down at her phone, Jines immediately pointing his camera at her and shot a portrait from up close. She was aware of him being there, but she likely thought he was photographing the building. 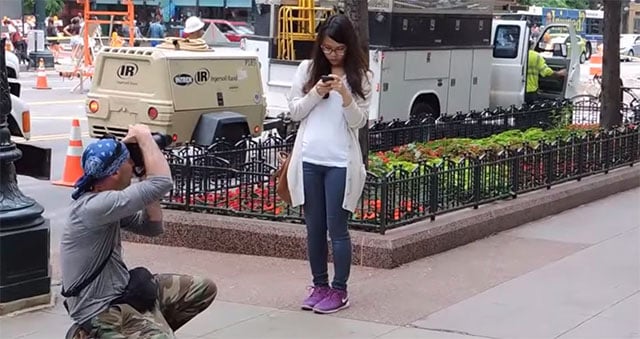 To emphasize his point, Jines went in for a second shot… by lying at the ground at her feet. 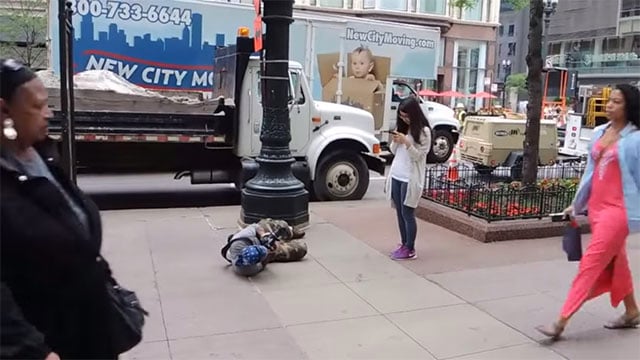 Jines concludes his little lesson by attracting the woman’s attention with a bit of silliness to elicit a laugh before the photographer and subject part ways.

(via Chuck Jines via Bokeh)

P.S. You can see more of Jines photos on his website, see more of his videos on YouTube, and learn more about his workshops here.