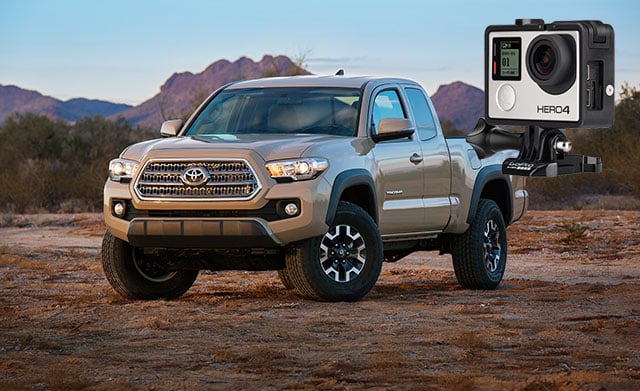 Bloomberg reports that Toyota partnered with GoPro in its first Tacoma redesign in a decade in order to defend its market share and appeal to truck buyers who want to document their off-road adventures.

The move is also beneficial for GoPro, which is trying to fend off upstart camera models that are trying to break into the $2 billion action camera industry.

Toyota engineers first got the idea of offering a standard mount after seeing an explosion in off-road drivers mounting cameras to their trucks with suction cups. Since GoPro was found to be most drivers’ action camera of choice, Toyota decided to team up with the company.

The standard GoPro mount will be found inside the windshield next to the rear view mirror.

Unfortunately for Tacoma buyers, the GoPro camera itself won’t be included with their purchase, so you’ll need to have your own camera if you’d like to make use of the mount.