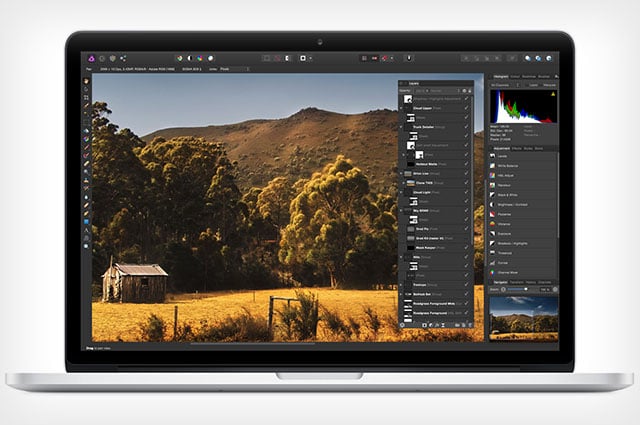 All good things must come to an end. After a free beta testing period that generated plenty of buzz and over 230,000 downloads, Affinity Photo has just launched as an official paid app in the Apple App Store.

The software aims to be a Photoshop alternative for Mac users and was first unveiled back in February. We did a hands-on test of it last month.

Serif, the software development company behind the app, has been working for 5 years on building Affinity Photo to redefine photo editing for photographers on Mac. The company calls it a “revolutionary photo editor.”

The app packs many of the same powerful features and tools photographers use in Photoshop, including camera lens and exposure corrections, accurate adjustments, live filter layers, high-end controls for channels and masks, advanced layer handling, and built-in frequency separation editing.

In addition to the toolset, one of the big areas of focus for Serif has been speed. The company’s goal is to have nearly everything in the app happen live, in real time, as you’re working on photos.

“The performance of the product is what we are most proud of,” said Tony, Affinity’s development head. “Whether it’s a 100 megapixel image or a complex composition with 1000s of layers, you can still pan and zoom at 60fps and see live views of all adjustments, brushes, blend modes and filters with no compromise.” Affinity Photo can be purchased from the Mac App Store for $50 (there’s a special introductory price of $40 until July 23rd, 2015).

Another Gear Rental Shop Broken Into: The LensPal Burgled in Florida

5 Steps to Making a Magical Animal-Filled Forest with Photoshop