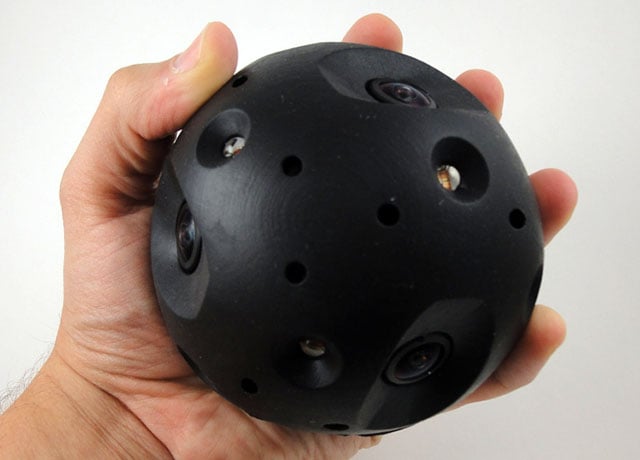 A camera startup called Bounce Imaging has just launched the Explorer, a tactical 360° camera that looks like a black softball with lenses scattered across the surface. The device is designed to help law enforcement scope out risky environments before entering them, capturing a spherical panorama to reveal hidden dangers.

On the outside of the Explorer is a thick rubber covering and six lenses pointed in different directions. There are also powerful 240W white LED lights that illuminate the scene and disorient potential attackers.

After being tossed into a location, the camera snaps several photos per second simultaneously with all six cameras. The images are then stitched together into a spherical panorama in the camera and beamed to an iOS or Android smartphone or tablet on the police officer. 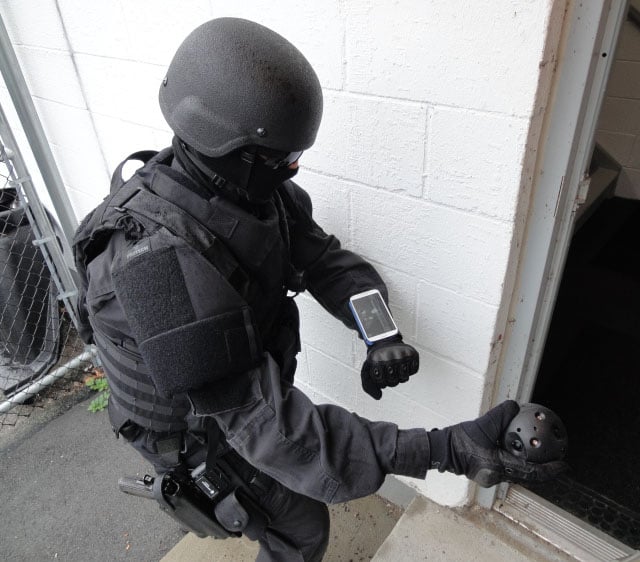 That person can then use the smartphone app to quickly study the photo and identify what’s just around the corner. 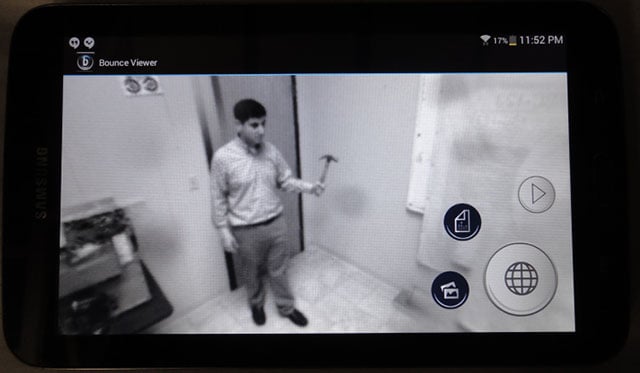 Here’s a video showing how the Explorer can be used by law enforcement:

In the future, Bounce Imaging plans to add more sensors into the camera to provide even more information — things like temperature, radiation, and carbon monoxide readings could be useful for emergency responders.

The Explorer is for sale now through the Bounce Imaging website for $1,495. You can also buy a special Tactical Edition of the camera for $2,495 if you want near-infrared LED lights that aren’t as noticeable.

(via Bounce Imaging via Laughing Squid)

How NOT to Photograph a Getaway Car as a Wedding Photographer