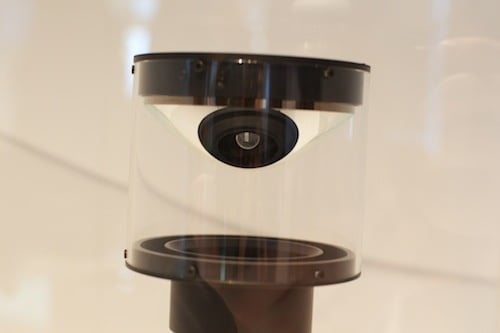 Canon is showing off all sorts of crazy hardware at Canon Expo 2010 over in NYC. One of them is an omnidirectional camera (shown above) that shoots a 360° photograph in a single exposure. It creates the seamless panoramas using a 50 megapixel CMOS sensor and an aspheric mirror.

Note that this is a 360 degree panorama on a single plane, as if you used a tripod and turned it in every direction. I wonder how long it will be until there’s a camera that can literally shoot in every direction (i.e. up and down) to create a spherical panorama with single exposures. Maybe we’ll have spherical sensors and cameras in the future that somehow levitate and beam photos wirelessly?

Post Processing a Band Portrait with the Strange Birds