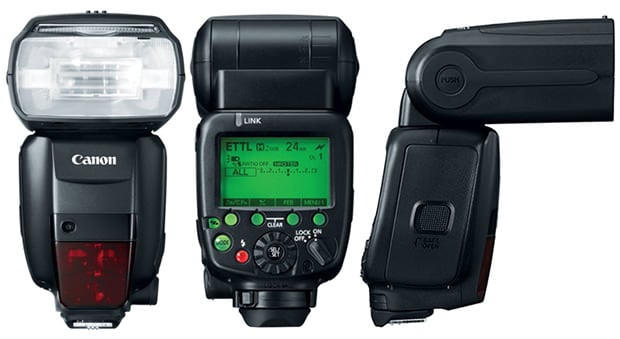 In addition to fake DSLRs and fake memory cards, there are also fake flash units in camera bags around the world. We first shared a look at this issue back in September 2013, but today Canon issued a new warning about counterfeit versions of the Speedlite 600EX-RT, which was introduced in 2012.

In a notice first published by The Digital Picture, Canon states that it has discovered the new fake flashes in circulation in the market and being sold through various online channels.

The flashes weren’t designed nor manufactured by Canon, yet they look nearly identical to the actual flash units. Though they may function as desired, the fake flashes weren’t verified by Canon’s safety measures, so Canon warns that they could catch on fire or start smoking during use.

How do you tell if your Speedlite 600EX-RT is real or fake? One way is to test the radio transmission wireless shooting function, even if you don’t personally use off-camera lighting. Canon says this feature isn’t available in counterfeit flashes, so that’s a quick check.

There are also some outward signs — apparently the counterfeiters aren’t careful enough to avoid a few obvious differences. One is that the locking lever ends prematurely on the base of the unit. It doesn’t extend all the way around in the fake ones: 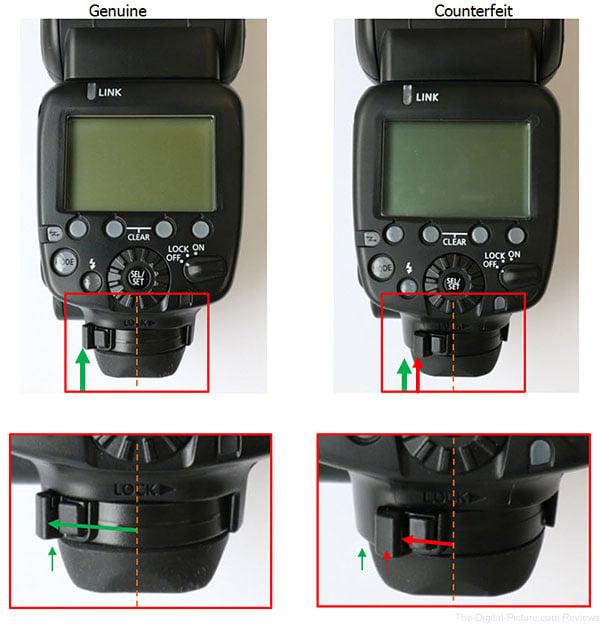 A second is the Custom Function screen, which is designed differently in the fake units:

If your flash body or display look like the examples on the right, you may have a counterfeit on your hands. As always, always buy your gear from respected and authorized retailers if you want to make sure you’re purchasing the real thing.