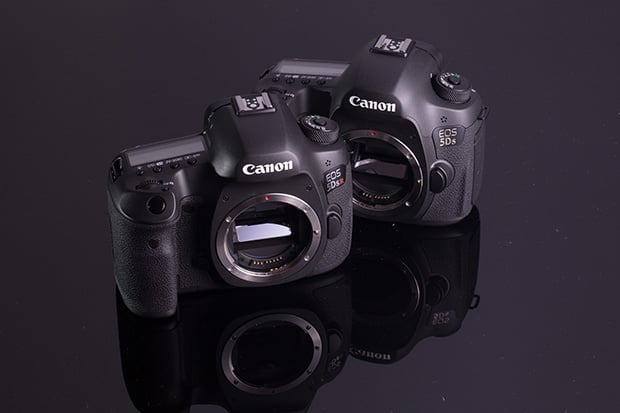 It’d be easy to dismiss the new Canon 5DS and 5DS R as 5D Mark III DSLRs with 50 megapixel sensors, but that’s exactly what they are.

But there are some minor, and yet fundamental, differences that separate the three versions of the 5D, to position each model for different photographers. I’ve had the opportunity to handle pre-production units of the two new models to compare with my 5D Markk III to see how well they perform… 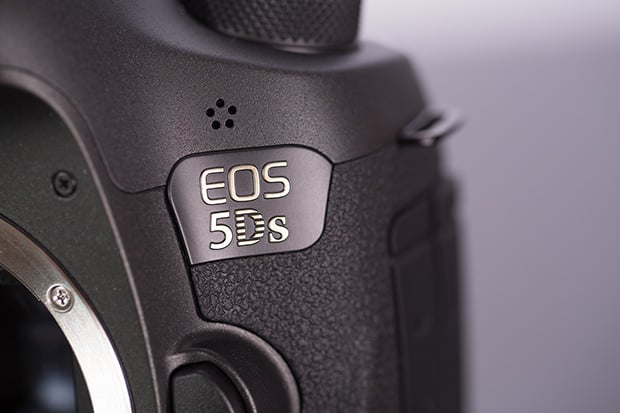 The genius is in the detail – all 50MP of it

The two new models are virtually identical in external appearance to the 5D Mk III — it’s part of Canon’s strategy to use economies of scale to bring down production cost. Other than the nameplate, the only visible difference is the slightly coarser texture of the mode dial. 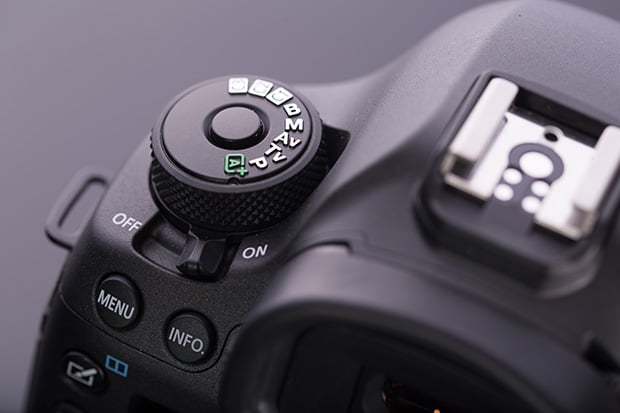 The key difference lies in the heart of the camera: a brand new 50-megapixel CMOS Canon sensor powers the 5DS and 5DS R. After lagging for the past few years behind Nikon and Sony in the resolution war, Canon has fired a powerful salvo (no pun intended) as a response in the form of the ultra-high resolution sensor, doubling the resolution of the 5D Mk III. It’s uncharacteristic of Canon, which has always been conservative in the resolution department.

With the unparalleled resolving power, the 5DS and R-variant deliver files measuring 8688×5792 pixels, compared to the 5760×3840 pixels of the Mk III. The level of detail is staggering, to say the least, and retouching fine details in Photoshop takes on a whole new level when you can pixel-peep that much. While my Macbook Pro (2.7 GHz Core i7 with 16GB RAM) breezes through the files from my 5D Mk III, I had to wait for the machine to catch up when applying some filters to the 5DS and 5DS R. A powerful editing machine is definitely a pre-requisite when working with files from the new Canon duo.

If the new 5DS and 5DS R are the Mk III with 50MP sensors tacked on, it would really be groovy – but they are not. In creating these two resolution monsters, Canon had cleverly positioned each of these cameras in such a way that you can have some — but not all — of the features in a camera. 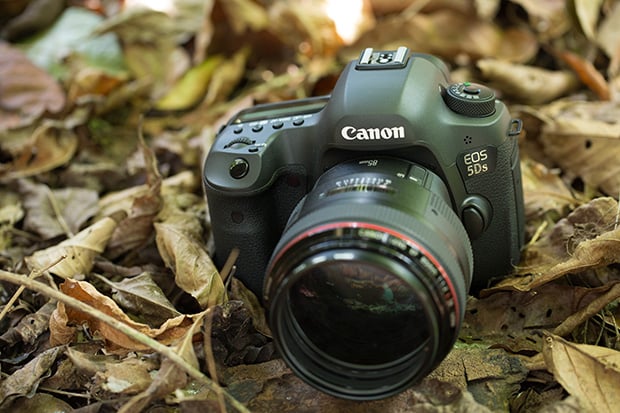 While the 5D Mk III is the very capable all-rounder camera popular with photographers and videographers alike, the newer cousins are targeted specifically at a niche – photographers who require high-resolution images at the expense of low light performance. The 5DS and 5DS R packs 50MP of resolution, but sacrifices the maximum ISO speed to just ISO 6400 (although an “extended ISO” of 12,800 is available). 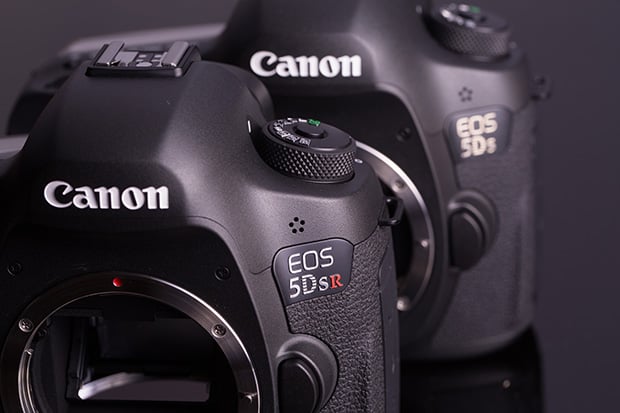 Speculation has been rife that the high pixel count probably affected the signal to noise ratio, which in turn restricted the maximum ISO speed. And conspiracy theorists believe Canon crippled the maximum ISO speeds of the two new models to avoid cannibalization of the 5D Mk III. Without any official explanation from Canon, it’s anybody’s guess.

For videographers, the three versions of the 5D series are merely Hobson’s choice. Even though the new brethren feature a new Movie Servo AF function that allows for continuous autofocus function in video shooting, they do not allow for uncompressed HDMI output, and Canon has done away with the headphone jack in favour of freeing up space for a USB 3 port. Add the limited maximum ISO speed to the equation, and you can see why the 5D Mk III remains the best choice for videographers.

Motoring enthusiasts know that “R” suffix is typically used to denote the meanest and most powerful version of a motor vehicle, such as the Honda Civic Type R or Kawasaki Ninja H2R. In this case, Canon has chosen the R suffix for the 5DS that has its anti-aliasing (AA) filter disabled. 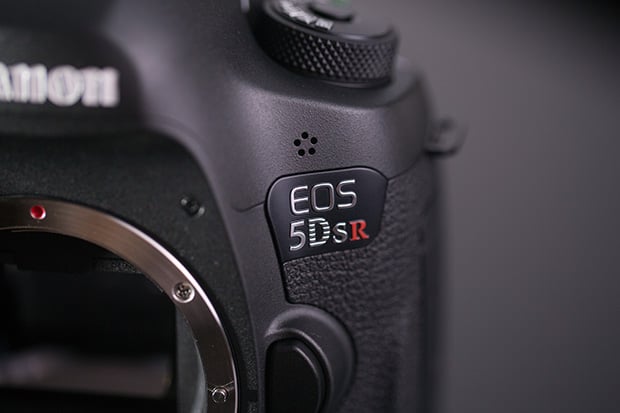 So what is the function of the AA filter? A simple explanation is that the AA filter helps reduce moiré pattern artifacts, which appears as circular swirls in the image when the natural grid pattern in the subject matter overlaps with the grid pattern of the sensors. By implementing an AA filter in front of the sensor, the output is slightly softened to reduce the chances of moiré pattern affecting the image.

You can see moire patterns and false patterns when photographing certain fabrics, or when you point your camera at a computer or television screen.

In the quest for ever sharper images, manufacturers have been experimenting with weaker AA filters or doing away with it totally. In this case, Canon has opted to cancel out the AA filter effect for a good reason – economies of scale. Designing a sensor without any AA filter requires a totally new design of the sensor, AF mechanism and mirror box assembly. By negating the AA filter effect in the 5DS R, it allows the camera to share the exact same components as the 5DS for cost savings, which explains why the “R” variant does not cost prohibitively more.

The Canon 5D Mk III has been my daily go-to camera for my shoots, so I’m definitely excited to see how the new cameras stack up against my workhorse with twice the resolution.

So how’s the image quality of the 5DS and 5DS R? In a word – stunning.

With 50MP of resolution on tap, the sensor delivers details and sharpness in truckloads. My Photoshop became the equivalent of Google Earth — keep zooming into the image and you’d discover details you never imagine existed. You see television detectives screaming “enhance!” to get their lab technicians to reveal the vehicle registration number from surveillance footages? That’s exactly how I felt as I kept zooming in to unravel more details from the 5DS images, except I didn’t have a beautiful blond lab tech working the computer.

For this review, there’s little point in prose since the key difference lies in the image quality, so I shall let the images do the talking. I’ve uploaded the high-resolution images to this Flickr set so you readers can appreciate the image quality for yourselves.

As the manufacturers keep pushing up the sensor resolutions, they have discovered a key barrier in achieving sharper images – vibrations. With every jump in pixel count, it becomes more critical to dampen vibrations to optimize the resolution increment. Just like how longer focal lengths exaggerate the effects of camera movements, higher resolutions require more refined techniques and technology to prevent vibration from negating the resolution gain.

Canon has redesigned the mirror mechanism of the 5DS and 5DS R to reduce the amount of vibration, using motors to swing the reflex mirror instead of springs. My preliminary findings suggest that slow shutter speeds (1/25th sec and below) require the mirror delay function to be turned on to reduce the effects of any vibration, even when a tripod is used. Users can choose a timed delay of 1/8th second to 2 seconds, between the time the shutter button is depressed to the moment the shutter fires, to reduce any mirror-induced vibration. Unfortunately, neither camera allow for electronic first curtain shutter, which would have even further reduced vibration from the shutter action.

Should you pony up for the 5DS R?

Based on my limited testing, the 5DS R barely edges out the 5DS in terms of sharpness. You’d have to be peeping at the pixel level to discern any increment in sharpness from the R model, and those differences only occur in super-micro details such as fur. For Canon to produce the 5DS R variant, I’m sure there are discernable advantages in certain scenarios. But given the 5DS images are already sharp enough to cut one’s eyeballs with the details rendered, I’m hard pressed to spot the additional details rendered by the 5DS R.

How about moiré patterning? Moiré is a strange creature like the Loch Ness monster – you won’t find it if you go specifically looking for it. I’ve tried inducing moiré with shots of some fabric, but the 5DS R managed the shot perfectly. Moiré pattern artifacts occur when the frequency of the fabric matches with the sensor pixel, and some speculate the high pixel count of the 5DS R reduces the chance of subjects having the same high frequency to cause moiré. But I’m sure Canon has discovered it is possible to induce moiré with the 5DS R under certain situations, or it wouldn’t have produced another version with AA filter enabled.

In summary, the 5D series is a lot like Goldilocks and the three bears. There isn’t a best porridge or best bed, but rather the most appropriate one to suit your needs. If you are a videographer, the 5D Mk III remains the most suitable choice, with its uncompressed HDMI output and microphone jack, which the newer models lack. 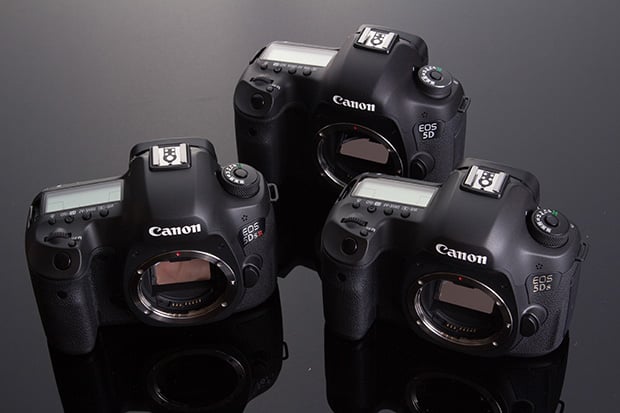 For general photography, I prefer the 5D Mk III as well. With its lower resolution, it writes faster to CF card (although the two new models support UHS-I standards for much faster SD card writing) and the smaller files are easier to handle in post-processing. It also delivers two more stops in terms of maximum ISO speed, which can come in handy in darker situations. 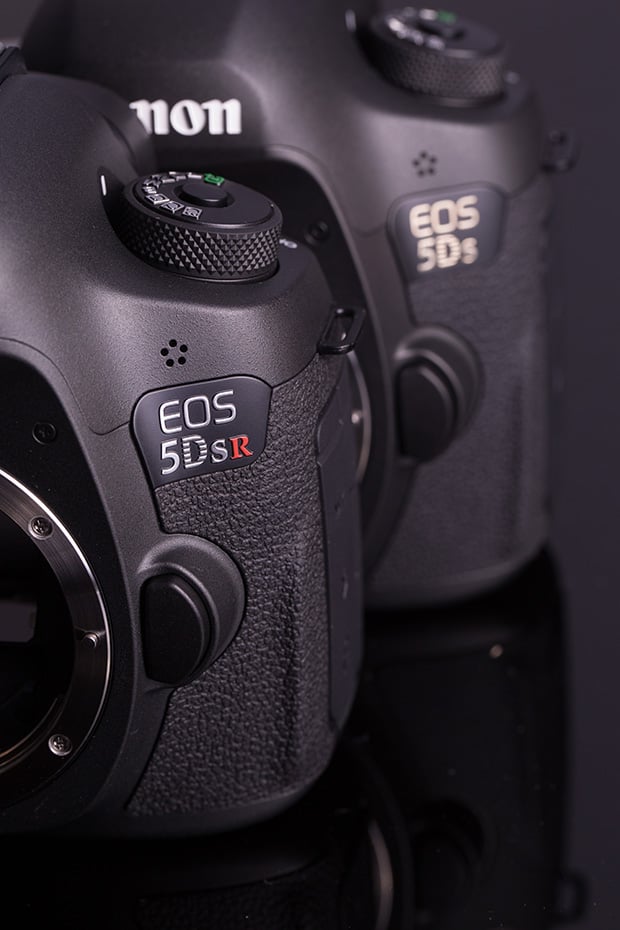 But for photographers who demand nothing but the highest resolution, you will love the newer 5DS and 5DS R. Landscape, bridal and studio photography are just some applications which I can see where the new models will shine with their 50-megapixel sensor. Based on the already competent 5D Mk III body, what you have is an amazing megapixel machine designed to delight every pixel peeper out there. The new 5DS and 5DS R shine brilliantly in a slow and deliberate photography workflow for which lighting level is not a concern.

So Goldilocks, take your pick. You won’t go far wrong with either of these three bears (or porridges, or beds).

About the author: Nelson Tan is a photographer and instructor based in Singapore. Visit his photo blog, Facebook, , and his photo gallery. This article was also published here.