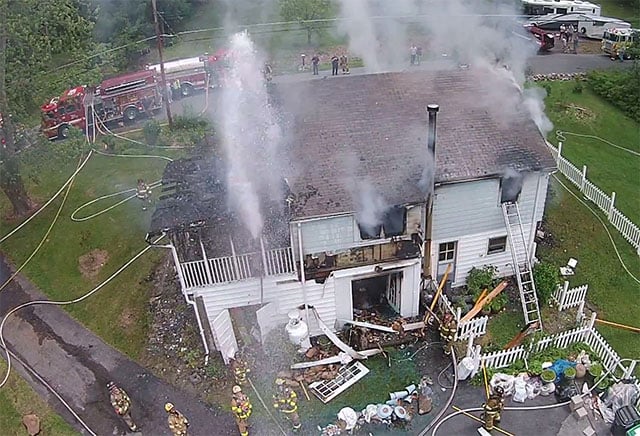 Angry (and possibly drunk) neighbors aren’t the only ones attacking camera drones these days. Yesterday, a man named John Thompson took his drone to a structure fire in New York to capture some aerial shots of the fire company battling the blaze.

12-minutes into the flight, the firefighters on the ground suddenly began trying to shoot the drone out of the sky with water from their high-pressured fire hoses.


Here’s what the incident was like from the drone’s point of view:

“This is real misconduct on their part and very unprofessional,” Thompson writes on his Facebook page. “My second take off the camera did not record so it look’s like they destroyed a $2,200 drone.”

“Thanks guys for the nice job you’re doing for the community […] The news was there filming, why not me?”

Thompson also tells the fire department to be ready for the bill he sends them to replace or repair his damaged drone.