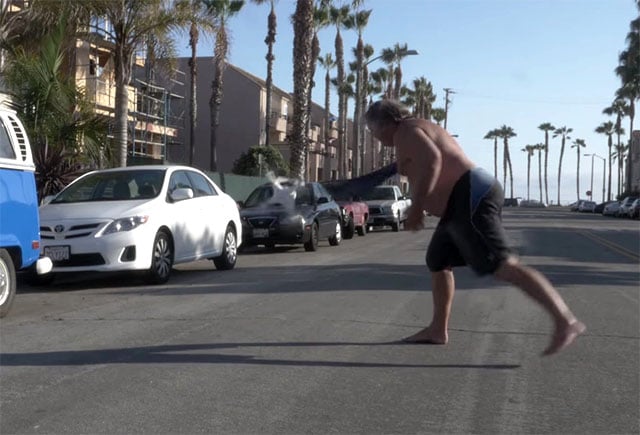 The folks over at Lucky7Drones were testing out their $1,350 DJI Phantom 3 camera drone this week when an angry neighbor walked up and whacked the drone out of the air with a shirt, breaking the 4K camera and three of the props.

Luckily for the drone operators, the whole incident was captured on camera.

In a blog post, the drone owners write that the “extremely inebriated” neighbor actually committed a felony by damaging their drone since it’s valued at over $500 (in California anything over $900 is felony vandalism).

When the cops arrived on the scene, they questioned the man about a big gash on his shin — it turns out that after the man smacked the drone, the drone gave the man’s leg a smacking as well.

“We want people to see this and know that violence and vandalism is NOT an acceptable way to handle drone issues,” the owners write. “Losing a $1350 drone as a family owned business is extremely damaging to us!”

They are currently considering taking the man to court in order to get the drone repaired or replaced.