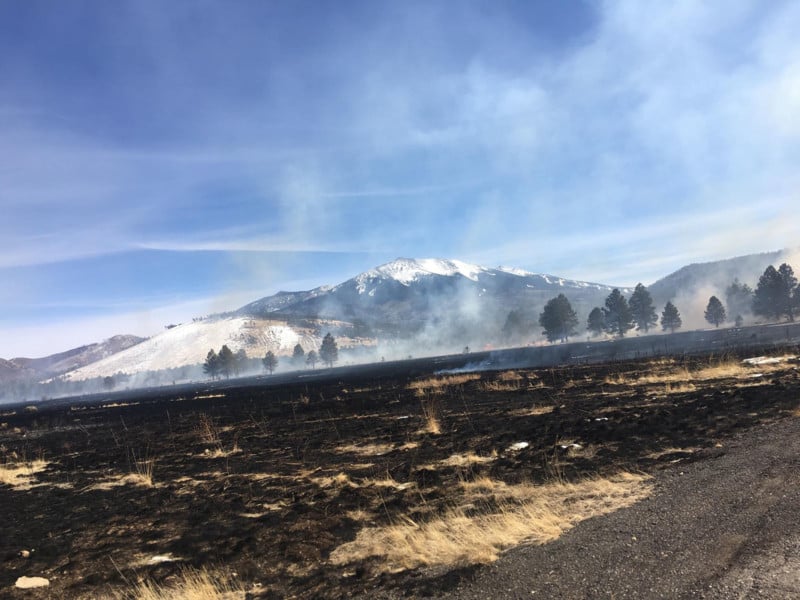 Earlier this week, a wildfire burned through 335-acres of forest land near Flagstaff, Arizona, before it was brought under control and stopped by about 30 firefighters. The cause of the blaze? A drone that landed and “caught fire.”

The fact that a drone was involved in sparking the fire was repeatedly announced by the U.S. Forest Service on March 6th in its updates on the progress of stopping the wildfire.

“Several Forest Service engines, patrols and a water tender truck from Summit Fire responded to a smoke report from a drone on fire north of Flagstaff at approximately 12:35,” the final update states. “The fire began near Forest Road 514 & FR 524 intersection by a drone which caught fire upon landing. The fire was reported as 50-acres in size upon the firefighter’s arrival.”

“Flights in security sensitive airspaces, and over National Parks and Monuments are prohibited,” the Coconino National Forest website states on a page dedicated to drone flying. “Flying near fire operations puts firefighters and communities in danger. Even if a TFR has not been declared for a fire or emergency incident, do not fly near it.”

No word on what kind of drone it was that burst into flames after landing.

(via Forest Service via Resource Magazine)

The 5 Reasons Why I Switched Back to Canon from Sony