Since 2012, photographer Kenneth Brandon has regularly ventured into the great outdoors at night to shoot time-lapse photos of the dark sky. He recently began to wonder what a time-lapse would look like from a point-of-view on his telescope rather than through it, so he attached a DSLR to the outside on a recent shoot in Panamint Valley, California. The video above is what resulted.

Brandon says he was using a Celestron C11 telescope with a CGE computerized mount for tracking stars as they move across the night sky. In the video, we see how well the mount is able to keep stars fixed in the frame, eliminating star trails as long exposures are being captured.

For the “piggyback camera” mounted to the outside, Brandon used a Canon 6D with a Rokinon 24mm f/1.4 lens. 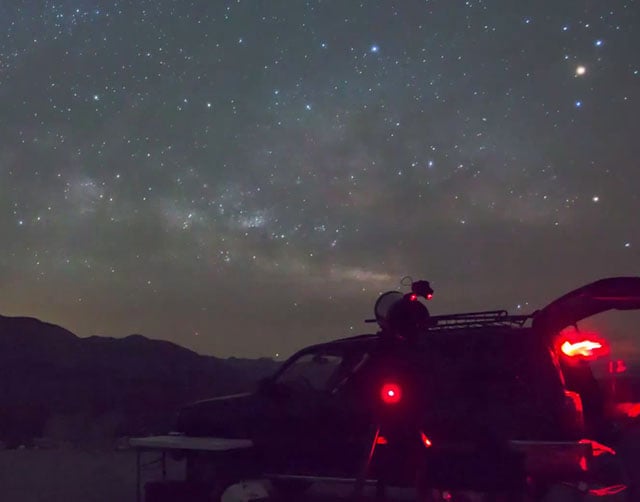