Swedish astrophotographer Göran Strand uploaded a time-lapse to YouTube today that is anything but your run-of-the-mill sunset lapse. For one, he’s waited almost a full year to shoot this footage. For another, it was shot using a solar telescope, and so magnificently captures the sun in striking detail as it dips below the silhouette of the foreground landscape.

Strand began planning this shoot last summer, waiting patiently all this time until the sun set at the perfect location, passing behind a picturesque radar tower in a small village called Ås. When the moment finally came, he was ready: 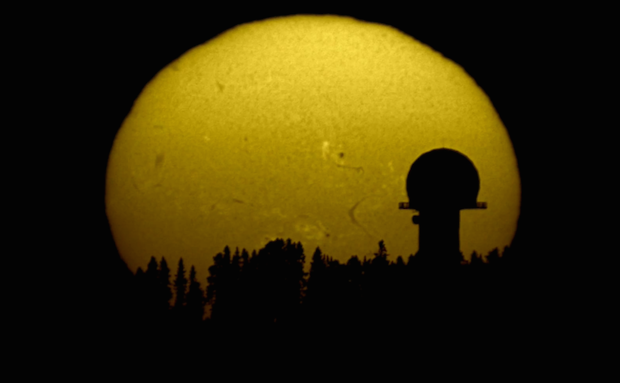 The time-lapse video begins and ends with a zoomed out view of the colorful sky, but the meat of it consists of the up-close view of the sun, “full of sunspots and big filaments,” offered by Strand’s solar telescope. A great way to burn (there’s a pun in there somewhere) two minutes of your day.

The Last of The Liberators: D-Day Veterans Photographed in the Locations where They Fought