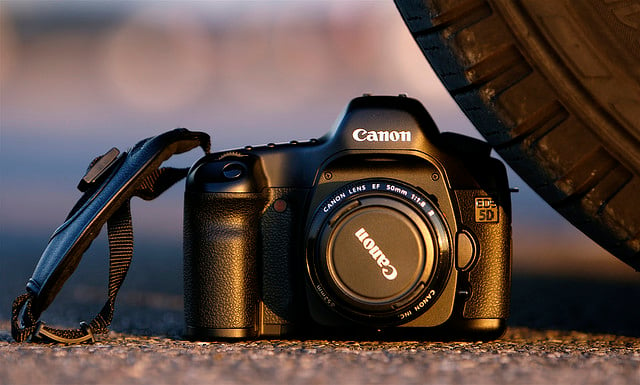 When the original Canon 5D (Mark I) was announced back in 2005, it was notable for being the first full-frame DSLR with its standard body size and at its low retail price of $3,299. The camera is a decade old now, which is very old as far as camera life cycles go.

As the cameras are getting more advanced in years, some of their components may not hold up as well as others. Canon has just released a product advisory warning 5D owners of a mirror detachment issue that has been discovered.

The company says that “in rare instances,” the adhesive connecting the mirror to the camera may deteriorate, causing the mirror to separate from the camera. You’ll know that this has happened if you look through the viewfinder and can’t see anything…

Canon says it will repair and reinforce the mirror in affected cameras for free.

If you own a 5D, you may want to take advantage of this service soon: the after-sales service period of the original 5D will be ending on September 30th, 2015, after which repair centers will no longer be taking 5D cameras for repair.

This is What a Sunset on Mars Looks Like in Color