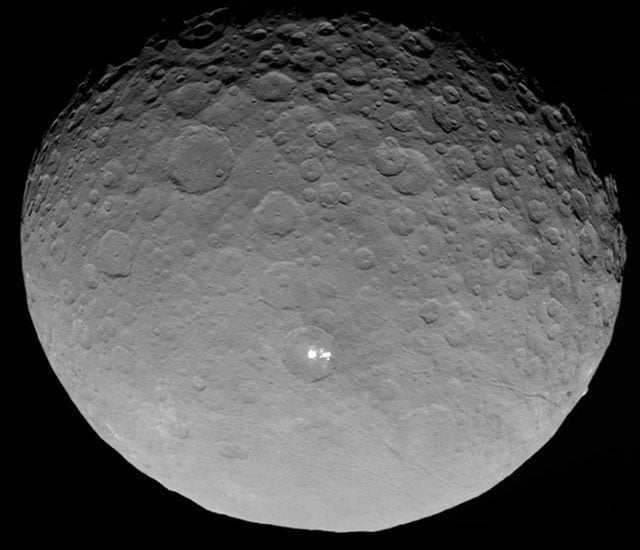 This is the closest photo ever shot of the dwarf planet Ceres, the largest object in the asteroid belt. It was captured on May 4th by NASA’s Dawn spacecraft while orbiting from 8,400 miles away.

Astronomers are curious about the bright spots seen in a crater on Ceres. The latest pictures show that these areas are actually clusters of smaller bright spots, and scientists are saying that they’re the result of a highly reflective material on the surface — possibly ice.

Here’s an animated GIF created with photos of Ceres taken in orbit:

Ceres is 590 miles in diameter and cannot be seen by the naked eye from observers on Earth. Here’s an illustration showing how its size compares to Earth and the Moon: 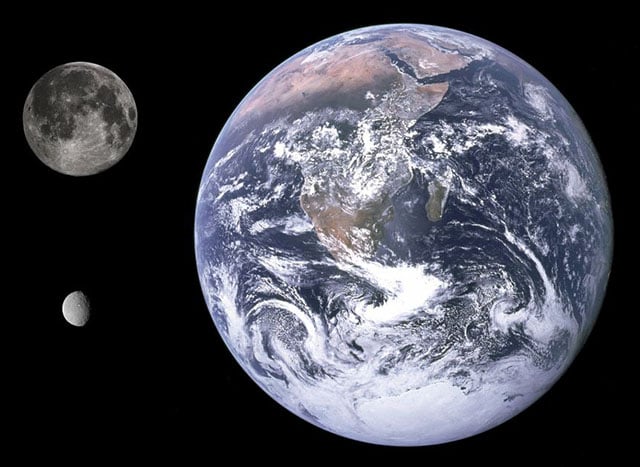 Now that it has completed its first orbit, Dawn is now heading closer to Ceres to get an ever closer look. The second “photo shoot” will happen on June 6, when Dawn is just 2,730 miles from the surface of the dwarf planet.

(via NASA via Boing Boing)