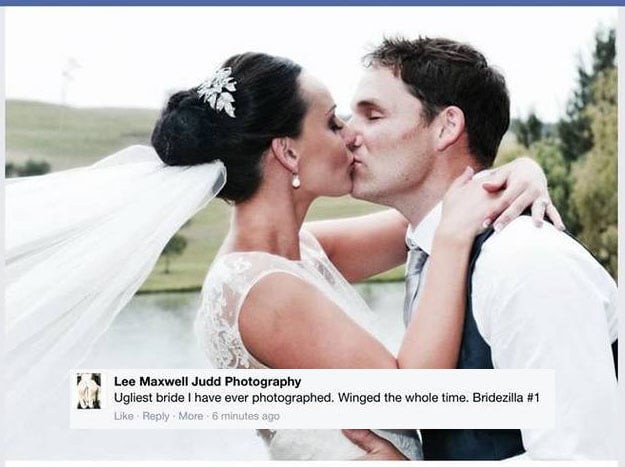 No matter how difficult your client is, you probably shouldn’t go public online with your differences. A wedding photographer in Australia has generated a firestorm of criticism after calling his client “the ugliest bride I ever photographed” and “Bridezilla.”

After sharing a wedding photo of the couple on Facebook, Judd’s account posted a comment saying: “Ugliest bride I have ever photographed. Winged the whole time. Bridezilla #1”: 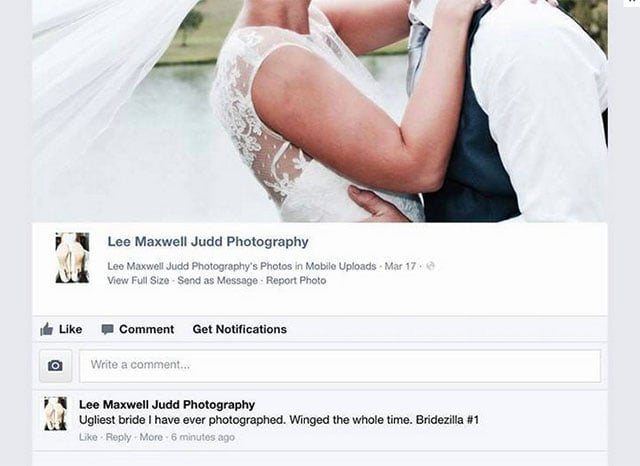 We don’t know what Judd experienced in working with Ms. Howard, but people didn’t take kindly to seeing a bride called the ugliest ever. Angry comments quickly flooded into Judd’s Facebook page. 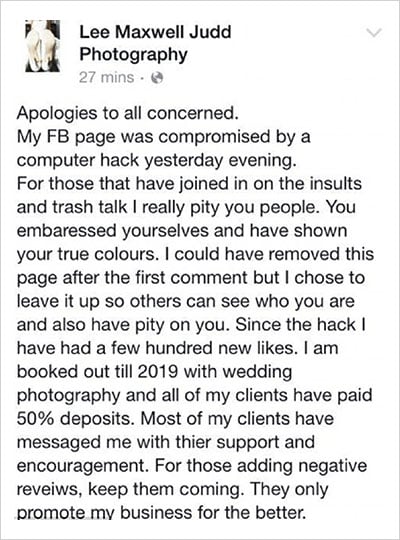 Ms. Howard had harsh words and criticisms of her own regarding Judd’s work and business: 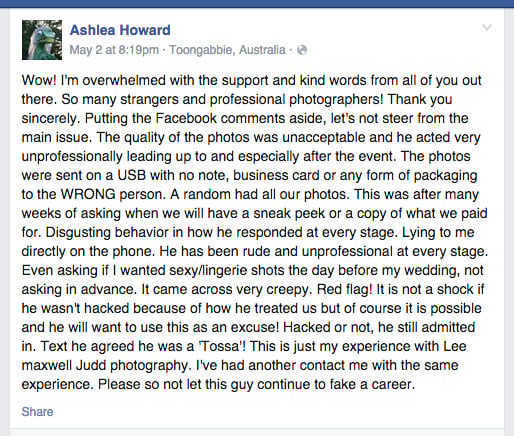 For Judd, the consequences of that short Facebook caption have been severe — at least in terms of PR. The story has been reported in major publications around the world. Over 200 reviews have also been left on Judd’s Facebook page, with a torrent of negative reviews bringing his average rating down to 1.7 out of 5 stars.

Regardless of whether or not this all started with a hacked Facebook account, the lesson is clear: if you’re a working photographer, you should probably keep criticisms of your clients to yourself and off the Web.