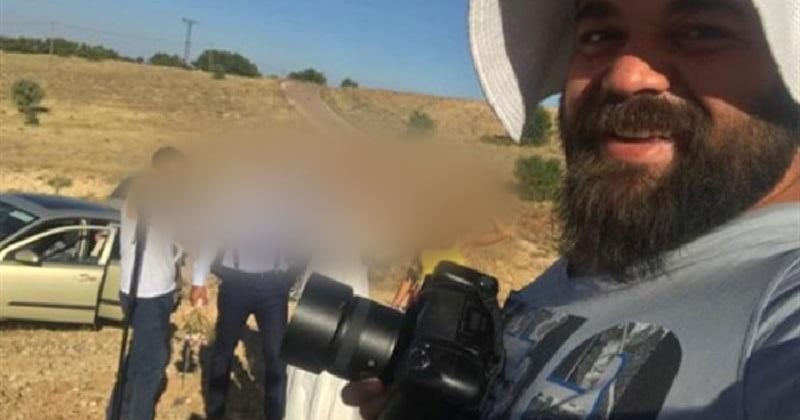 Turkish wedding photographer Onur Albayrak is being hailed as a hero this week after the photographer admitted to beating up a client when he learned that the man’s bride-to-be was only 15 years old.

Hurriyet Daily News reports that Albayrak had been hired to photograph the July 5th wedding at Turgut Özal Nature Park in the eastern Turkish province of Malatya. On the day of, when he noticed that the bride-to-be didn’t look like an adult, he asked the groom her age and learned that she was only 15.

“The groom had come to my studio some two weeks ago and was alone,” Albayrak tells the Daily News. “I saw the bride for the first time at the wedding. She’s a child, and I felt her fear because she was trembling.”

Albayrak then reportedly refused to continue as the wedding photographer and attempted to stop the wedding.

“I can’t take pictures of a child bride,” Albayrak reportedly told the client, who angrily argued that Albayrak was bound by their contract to shoot the wedding.

The argument soon turned physical when the groom attacked him as he was attempting to leave, Albayrak says. The photographer ended up breaking the client’s nose in the fight, according to local reports.

Albayrak confirmed the reports in a Facebook post, which has been met with widespread approval, attracting thousands of Likes and hundreds of overwhelmingly positive comments.

“I wish this had never happened, but it did,” Albayrak writes. “And if you were to ask me if I’d do the same thing again, I’d say ‘yes.’ Child brides are [victims] of child abuse and no power on earth can make me photograph a child in a wedding gown.”

The legal minimum age for marriage in Turkey is 18-years-old for both sexes, and child marriage is punishable by imprisonment for men who marry underage girls. Despite being outlawed, however, child marriage is still prevalent in the country and remains a controversial political issue.