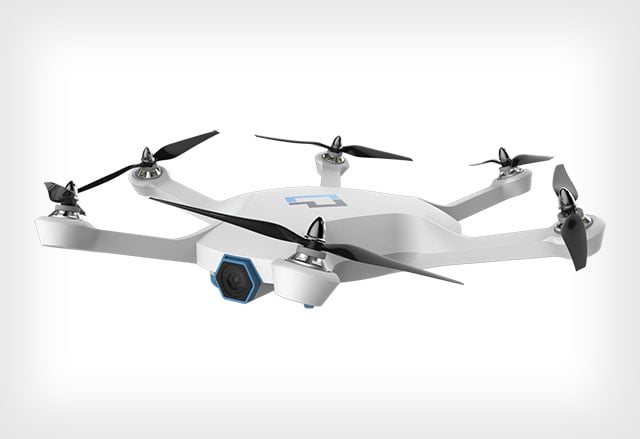 A new challenger has emerged in the consumer camera drone fight to take a slice of the market currently dominated by Chinese manufacturer DJI. It’s a company called CyPhy Works, whose CEO Helen Greiner was previously the cofounder of iRobot and its popular Roomba robotic vacuum.

Greiner and her company have been working on robotic drones for some time now, but today they announced their first camera drone geared toward ordinary consumers: the LVL 1.


Greiner and her team’s goal with the new drone was to create a flying robot that could be used for “everyday and everyone’s” use. What they came up with is a simple drone that weighs less than 2 pounds, can be carried around in a backpack, and can fly for 20 minutes on a full charge.

The onboard 8MP/1080p camera features 90-degree tilt and can capture stable photos and video thanks to the completely horizontal flight afforded by the 6 rotors (a feature called “Level-Up” that can also be switched off). It’s also protected by the drone’s body rather than exposed underneath on a protruding gimbal.

Flying the drone is designed to be an easy and intuitive experience. Users pilot the drone by swiping on the screen of an iOS or Android smartphone or tablet, which allows the phone and the camera’s live view to stay stable in the hand while capturing shots and footage. 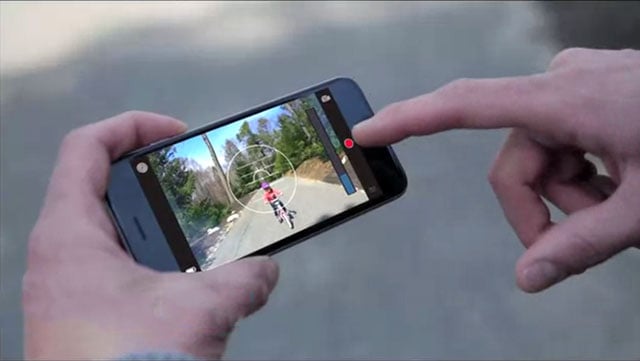 Geofencing helps users set boundaries that their drone won’t be able to fly past — you can specify a boundary in each direction to create a box for the drone to stay in.

CyPhy Works is turning to Kickstarter to raise support and awareness for the new drone. A contribution of $495 will earn you a drone if/when it does start shipping in February 2016.

Want to See What Your Photo Would Look Like on an Old Commodore 64 Computer?