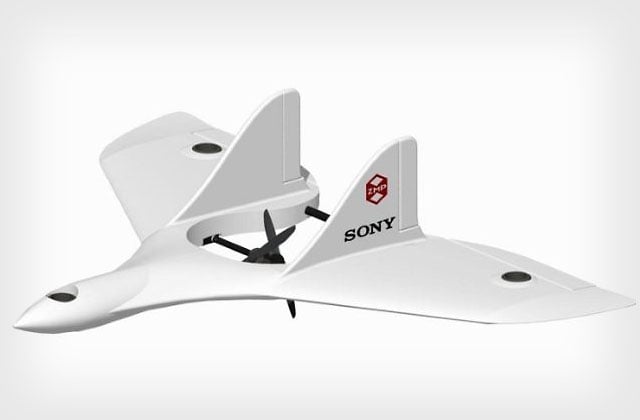 Drone manufacturers don’t seem to be in short supply, particularly with new ‘revolutionary’ prototypes showing up on Kickstarter almost every other month. GoPro has announced plans to launch its own camera drone by next year. Now Sony wants a piece of the action. The company’s mobile division today announced plans to create “autonomous aerial vehicles for image capture combined with cloud-based data processing.”

Sony Mobile Communications is partnering with a company called ZMP this August to form a joint venture called Aerosense. Sony will be bringing their expertise in camera sensor technology, telecommunications networks, and robotics to the table while ZMP will supplement their knowledge of “automated driving and robotic technologies.”

It seems Aerosense drones won’t be aimed at consumer imaging, at least in the beginning. Sony says the company will create solutions for measuring, surveying, observing, and inspecting.

While no other information is currently available about the aerial drone the two companies intend on building, we expect a sharp focus on imaging quality, based on Sony’s past in image sensor and camera manufacturing. Watch out, DJI: more manufacturers are joining the drone party.

Anti-Drone Systems Are Starting to Take Off