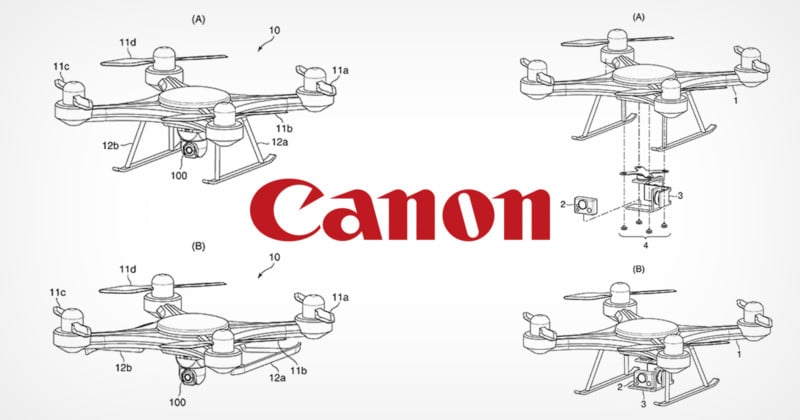 Canon may be interested in the consumer drone market as it has designed a gimbal system for a small camera for use on a small quadcopter.

In a patent filing spotted by CanonRumors, the design seems to be for a camera similar to many of the existing small-sensor camera systems already in use on most current consumer market drones, such as those from DJI. The design seems to pick up from a previous Canon design — a $20,000 drone made for the security market in 2017 — but appears to intend to make it smaller. The company’s filing specifically points to the ability to miniaturize the system. 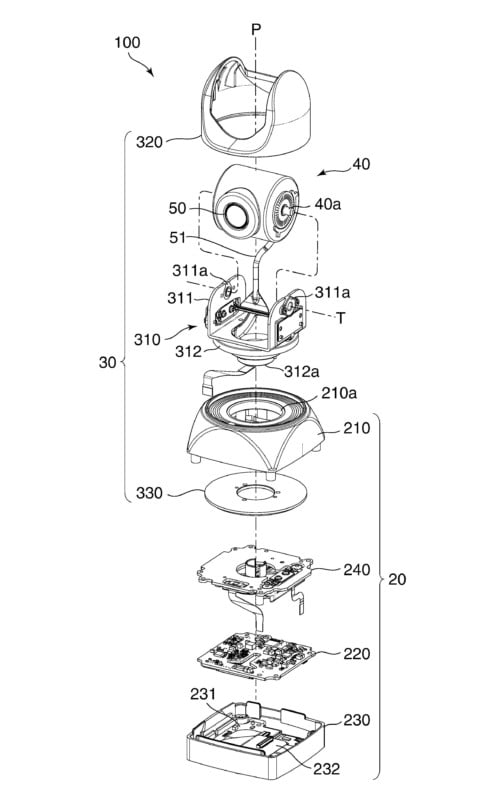 According to the patent application, the design of the camera unit apperas to strongly resemble security cameras. Rather than a visible multi-jointed gimbal that was popularized by DJI, Canon’s drawings appear to be fully housed within a half-sphere-shaped body that almost looks like a DJI gimbal system when it is enclosed in its plastic safety cradle.

One benefit of this design would be that the camera would be able to change its point of view without adjusting the entire drone, similar to how the DJI Inspire operates. To facilitate this, some of the illustrations show the legs of the drone flipping upward to keep them out of the camera’s frame. For smaller consumer-level drones, this particular feature isn’t hugely necessary, but it’s nice to see Canon is considering it nonetheless. The patent also seems to indicate that the camera unit itself will be interchangeable. Canon has dabbled in the idea of drones in the past such as the aforementioned security drone from 2017. While the video the company released to demonstrate the product is still up, the webpage that supports it is not. As CanonRumors points out, the drone has since quietly disappeared.

A lot has changed since 2017, and Canon may have renewed interest in the drone market since Sony’s successful launch of the Airpeak. What is described in the patent application looks to be more accessible than Sony’s extremely expensive high-end drone brings to the table, however, but that’s not unusual for Canon. When it first launched its RF mount, it did so with an arguably entry-level offering. It’s not unreasonable to expect the company to enact a similar strategy in drones, if it were to decide to throw its hat into the ring.