Footage that was recorded moments before a US marshal destroyed a woman’s cell phone has now emerged. It turns out the phone was shattered and no longer usable, but the footage was intact in the internal storage, giving us a second point of view into what happened.

In the video above, NBC Los Angeles shares and discusses what transpired in the moments leading up to the police encounter that everyone is talking about now.

The footage shows that the woman was shooting video of a raid by federal agents on a meeting by the notorious biker gang the Mongols. An officer walks near Beatriz Paez and tells her to leave that spot and go to safety.

“This is unsafe right now, you’re right in the line of the fire,” an officer tells her. “Go across the street and film all you want.”

Paez, who has been documenting police activity in South Gate, California, for nearly half a year now, tells the officer that she has a right to stand right where she is, and that she feels unsafe with them standing so close to her. 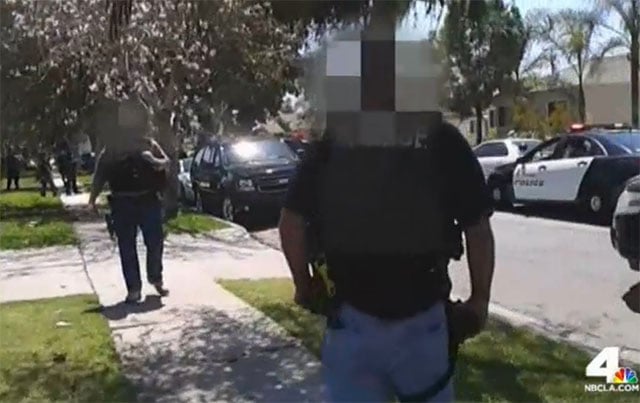 The footage apparently ends there, and doesn’t actually capture the moment in which another officer suddenly charges Paez, grabs her phone, and destroys it against the sidewalk.

In addition to the US Marshals Service’s internal investigation into the incident, NBC Los Angeles reports that US Representative Janice Hahn is now calling for a separate Department of Justice investigation.

Beware: Building Your Own DIY Photo Gear Could Be Patent Infringement