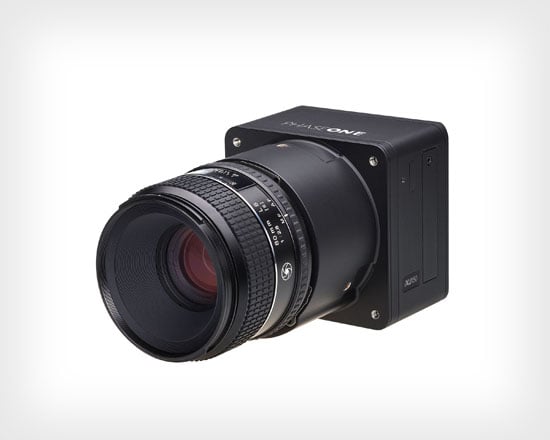 In addition to its main photographer-oriented business, Phase One also develops camera gear under Phase One Industrial, a leading manufacturer of digital medium format cameras for aerial photography.

The latter brand has announced a new camera called the Phase One iXU 180: the world’s smallest 80 megapixel medium format camera designed for drones.

It’s a camera that packs an impressive 80MP CCD sensor on the inside, but has a body so small that it’s barely wider than its lens barrel. Weighing in at just 950 grams, the camera can easily be mounted to a drone and flown into the air for high-resolution images of the world.

“Introducing the Phase One iXU 180 demonstrates our commitment to offering flexibility in the aerial photography market,” says company General Manager Dov Kalinski. “The Phase One iXU 180 is valuable as a standalone camera and also can be used to build powerful arrays for oblique camera systems at a very reasonable price.”

Phase One Industrial says the camera will start shipping to customers in mid-April 2015. You can get in touch with the company if you’d like to look into order one of these cameras for your own business purposes.

A Time-Lapse Journey Into the Sewer System Beneath Manchester, England