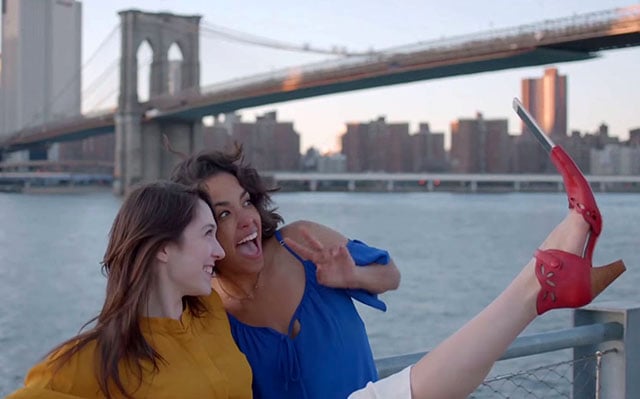 Ah, April 1st: the dreaded day on which you can’t trust anything you see online, lest it be a prank that makes you feel gullible. As has been our tradition in the past few years, we’re rounding up all the interesting April Fools’ Day pranks from the world of photography so that you can enjoy an overview, all in one place.

Without further ado, here’s a list of the shenanigans that have gone on today. Enjoy.

The women’s shoe company Miz Mooz teases a new product called the Selfie Shoes, which have slots in the front for sticking your camera into for hands-free selfies. Photos are triggered with a tap of your toe.

Honda Announces a “Selfie” Edition of the HR-V

Honda has a new version of the HR-V that’s geared toward letting drivers and passengers take selfies. It contains 10 different selfie cameras placed in and around the car. 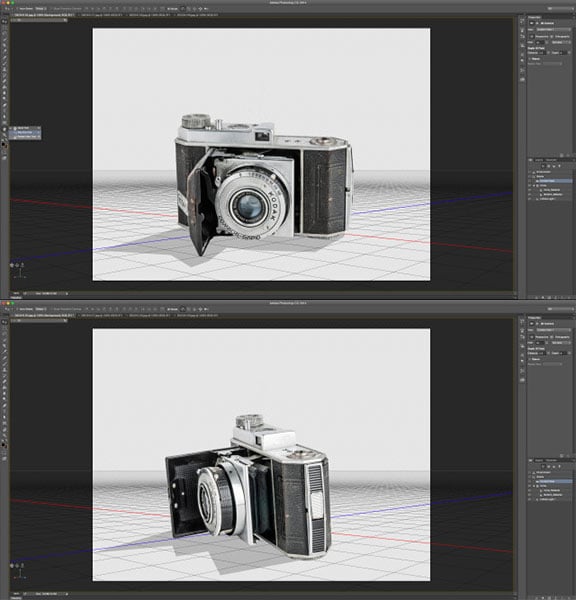 F Stop Lounge reports that after a decade of development, Adobe has finally released Content Aware Revolve, a new feature that can rotate objects within your photographs so that you can see them from other perspectives.

A Pac-Man Theme for Canon DSLRs 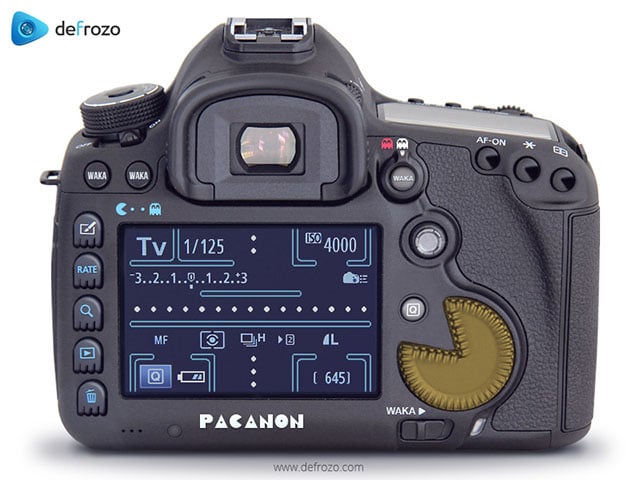 The photography marketing platform Defrozo has unveiled a new series of custom Canon themes that transform the look and feel of your DSLR. Digital Camera World reports that Flickr has introduced a new Stabilization Detection feature to its website that prevents blurry photographs from being uploaded to the service. It is apparently in response to a new Foto-Ordnen Obsolet Law passed by the European Union.

Canon and Nikon to Launch Drones DIYPhotography went as far as to create two fake teaser sites at thenikondrone.com and canondronex.com to convince the world that the two camera companies were planning to enter the camera drone market.

The popular camera show DigitalRev, often called the “Top Gear of photography,” says that it will now do all of its shows in the style of Top Gear.

Ghost Gimbals announces a new voice-activated levitation feature that allows the device to hover in midair and follow you around with the camera. 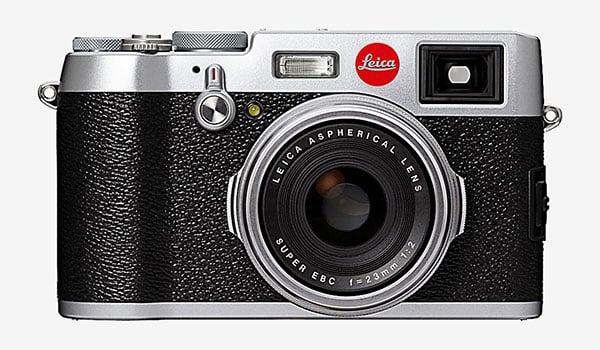 La Vida Leica writes that Leica has forged a new partnership with Fujifilm, and that the two companies will be jointly launching a new camera called the Leica XT. Leica will also reportedly start creating lenses for other companies’ mounts.

Photographer Scott McDermott created a short commercial for the new SteadiKid, a fancy new baby carrier that uses stabilization technology that was originally developed for the movie industry. 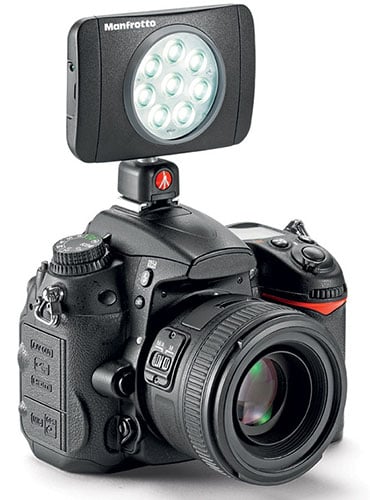 This may not be an April Fools’ Joke per se, but Manfrotto’s product page for the Lumie Muse LED light shows the product mounted to some kind of left-handed Nikon DSLR. We here at PetaPixel shared an announcement for a new Nikon P∞, the world’s first compact camera with a 1458x zoom lens. 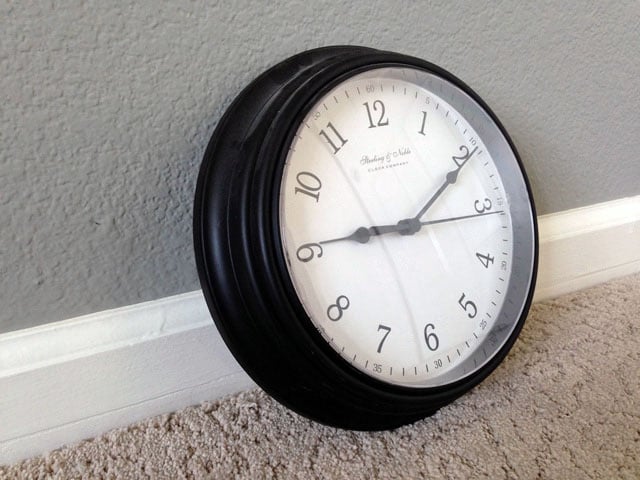 We also reported that new breakthroughs in computer generated imagery are created CGI images so realistic that most people are fooled into thinking they’re photographs. There may be truths in that statement, but we shared a very… unique collection of photos.

Motorola takes selfies series, and it has created a selfie stick that’s worthy of taking the world’s best selfies. 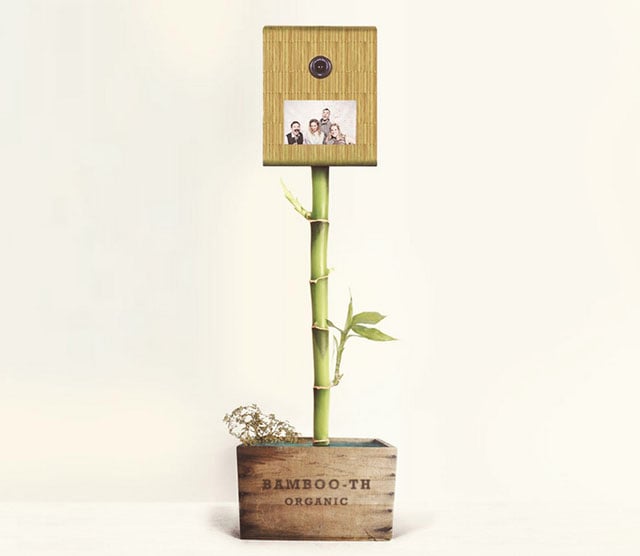 Photo booth company The SnapBar has created the Bambooth, the world’s first all-organic photo booth. It’s a fully functional eco-friendly photo booth that can be grown and multiplied by replanting. 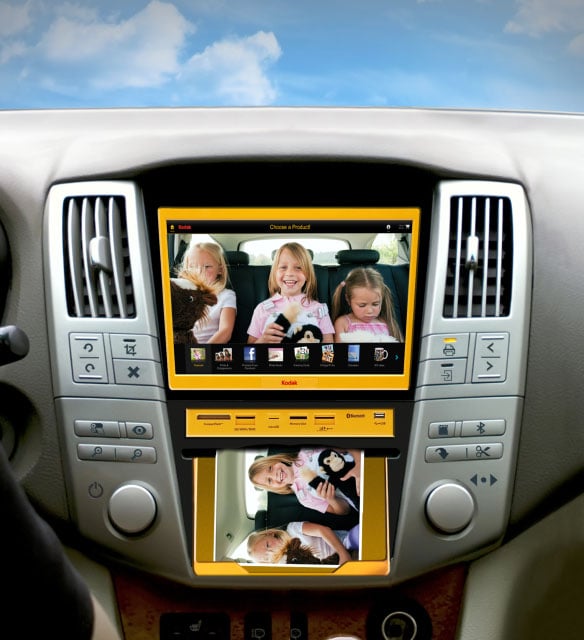 Kodak has created a new product for printing photos on the go — literally. With the Kodak Picture Kiosk Dashboard, customers can have prints made while riding around in their cars. It’s a new system that’s installed directly into the dashboard of vehicles.

The Do It YourSelfie 360° Selfie Rig

ThinkGeek has announced the Do It YourSelfie 360° Selfie Rig, a torso-mounted rig that lets you take immersive selfies with up to 12 attached cameras.

Dog on a Stick Selfie Stick 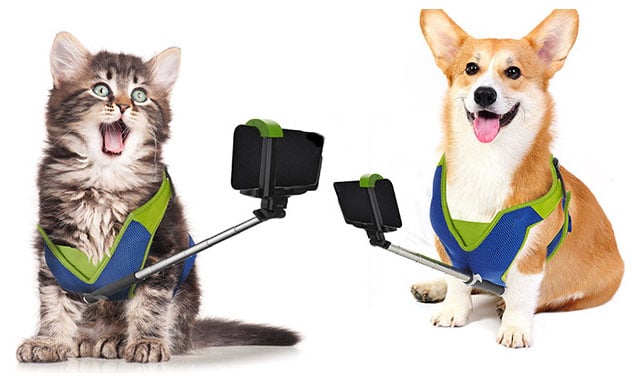 Do you know of any good ones we’ve missed? Feel free to leave a comment and we’ll check it out (and perhaps add it to this list if it’s good).

Sony Sells Half Its Stake in Olympus for Cash, Now No Longer Largest Shareholder