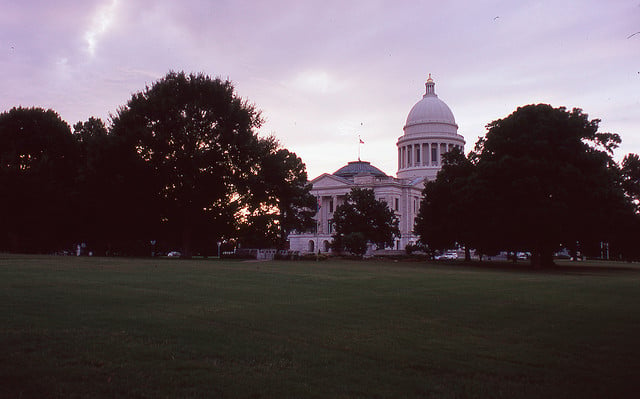 We reported over the weekend that Arkansas lawmakers had passed a privacy bill that could potentially kill street photography by requiring (in most cases) that photographers get written consent from strangers they photograph. Photographers who don’t could get sued by their subjects.

The photography world was in an uproar over the bill and worked hard to get it vetoed by the deadline at the end of the day today. There’s now some great news: the bill has been vetoed by Governor Asa Hutchinson.

In a letter to the Arkansas Senate, Hutchinson explains why he vetoed Senate Bill 79, the “Personal Rights Protection Act.”

“I have done so because in its current form it is overbroad, vague and will have the effect of restricting free speech,” he says. “I believe the absence of a clear exemption for […] expressive works will result in unnecessary litigation in Arkansas courts and will suppress Arkansans who engage in artistic expression from photography to art work.”

Hutchinson says that the many photographers who wrote in to voice their complaints influenced the decision.

“I have received scores of letters from professional and amateur photographers in Arkansas who raise legitimate concerns about the bill,” he writes, “and they request the language be amended so that they are not subject to substantial financial burdens in the conduct of their small businesses around the state.”

The Arkansas Times writes that the veto can easily be overridden by the legislature if a simple majority in both houses agree to it — something that the bill already had since it was already passed by the Senate.

However, given the public outcry that ensued when the bill was originally passed, it seems unlikely that the lawmakers will take that step to push this law through.

(via Arkansas Times via The Online Photographer)

Image credits: Photographs by Adam Bartlett and used with permission