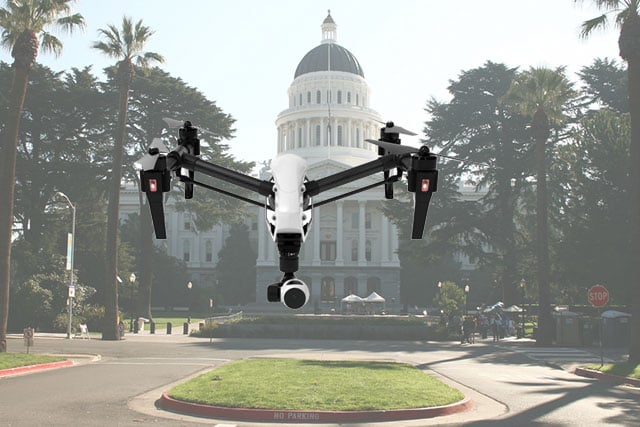 California governor Jerry Brown has vetoed a Senate bill that sought to make it illegal to fly a drone less than 350 feet above someone’s private property without their permission.

“This bill would extend liability for wrongful occupation of real property and damages to a person who operates an unmanned aircraft or unmanned aircraft system,” Jackson wrote in the bill. Here’s a copy in case you’d like to read it for yourself:

On Wednesday, September 9th, Governor Brown vetoed the bill, arguing that the law would expose drone operators to “burdensome litigation and new causes of action.”

DJI legal Vice President Brendan Schulman reacted to the veto on Twitter by calling it “a huge victory for drone innovation”:

Jackson is disappointed in the decision, but says she’s pleased with the discussion the bill sparked. She says she’ll continue working on this issue next year:

I am obviously disappointed that the Governor vetoed my drone privacy legislation, SB 142, but pleased the bill launched…

It’s interesting to note that the bill did get past both the state Assembly and the state Senate, so it did have a good deal of support before landing on Governor Brown’s desk.

(via Hannah-Beth Jackson via Engadget)

Image credits: Header illustration based on photo by Prayitno

This is How Much Ink the Epson 9900 Printer Wastes