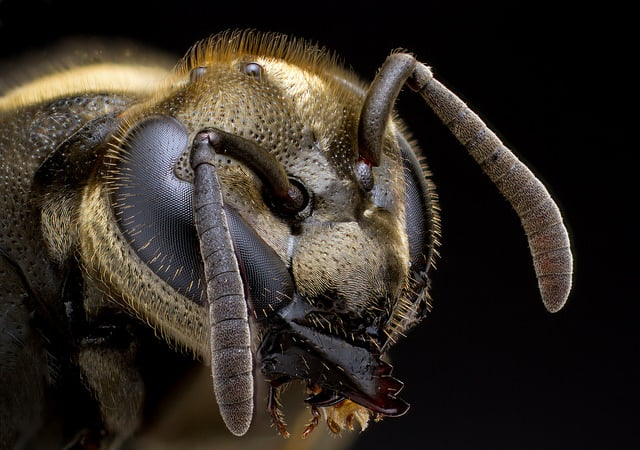 A team at the University of Texas is set to create thousands of macro photographs showing the beauty and diversity of the smallest critters in the state of Texas. Every one of the photos will be released to the public domain, allowing anyone to do anything with the photos without charge (or even permission).

The project will be by the university’s Insect Image Lab, which is led by Dr. Alex Wild, a professional photographer and the school’s curator of entomology. We’ve featured Wild’s work and writing a number of times here before.

Wild plans to teach a team of students “the art and artistry of digital microphotography,” releasing the resulting image collection without the constraints of copyright law.

The team is currently raising funds through UT’s Hornraiser crowdfunding site, where they’re currently 80% to the $8,000 goal. Money raised will be used to support several students in their training and to improve computing, camera, and lighting gear for the group.

If everything goes according to schedule, the team will begin their project in the summer of 2015 and use the following school year as a pilot for this program. If that goes well, this could become a long term publicly-funded program that continually makes contributions to the public domain.

Here are some of the public domain macro photographs shot by Wild for the group so far:

Wild recently contributed an article to Scientific American‘s blog showing how he created a world class insect imaging system for less than $6,000. He uses a Canon 7D, some macro lens gear, some affordable lighting gear, and a few additional accessories (e.g. a motorized focus rail).

You can connect with this project through Flickr and Twitter. If you’d like to contribute, you can find the fundraising page over at UT’s Hornraiser site.

How Humans Are Teaching Computers To See and Understand Photos