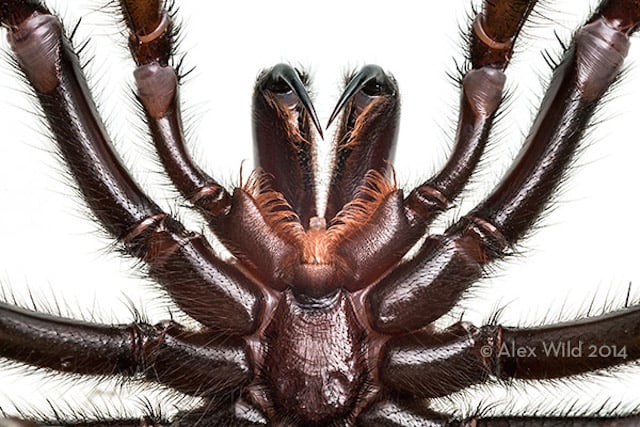 Here is a photograph of a Sydney funnel-web spider, Atrax robustus.

I won’t explain the biology of this delightful animal here – you may read about it at Wikipedia in greater arachnological detail. Instead, I want to show the process by which I arrived at this composition. Most photographs involve some combination of creativity and constraint, and this one was no different.

Last month I spent a couple hours in Dr. David Wilson’s venom chemistry laboratory in Cairns, Queensland, with the opportunity to photograph a few of his study animals. With a tight schedule and several species to shoot, an elaborate session for any particular spider was out of the question. The goal, rather, was to create a dramatic, usable image in a few minutes’ time with one spider still in his cage.

Dr. Wilson coaxed one of the animals, a male A. robustus, part-way from its burrow, poking it to induce a standard threat display. The spider would then sit motionless for several minutes thereafter, fangs bared and legs raised. As someone used to frenetic ants, a sedentary spider was magic! The animal just posed, still as marble.

I put Canon’s 100mm macro lens on my camera, arranged two diffuse off-camera strobes for lighting, and started with a simple shot. 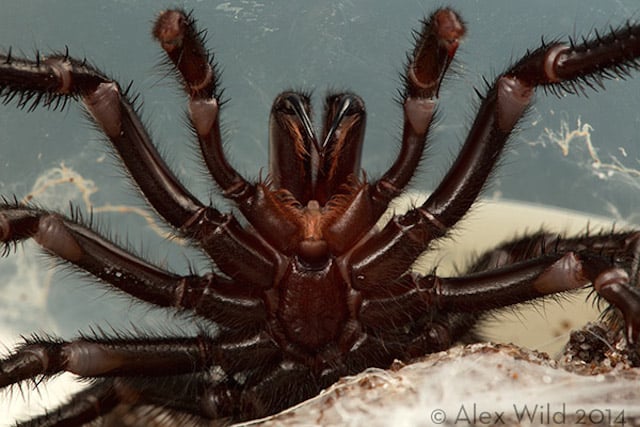 I thought the result was ok. In focus, at least. But not great. The extra silk at the bottom and in the background was distracting, and I wanted more spider. (How could you not want More Spider?!) So I moved closer: 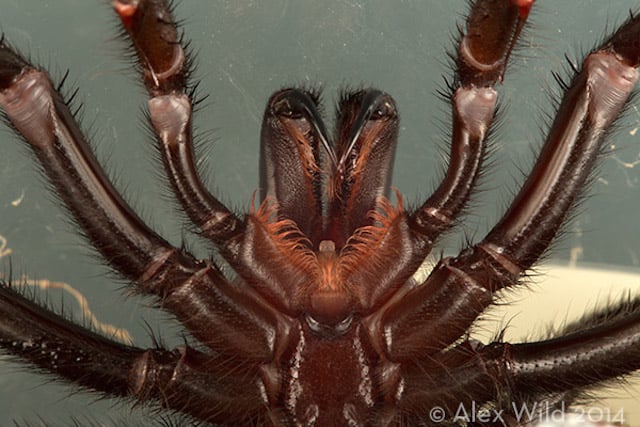 But the background plastic remained distracting and ugly. I couldn’t remove the spider and have him retain this winning pose, so I instead took advantage of the translucence of the container. I moved one of the strobes behind the enclosure to overexpose the plastic to a pleasing white, and we teased the spider an extra half inch higher to clear it of some other schmutz. The new backlit background was better still: 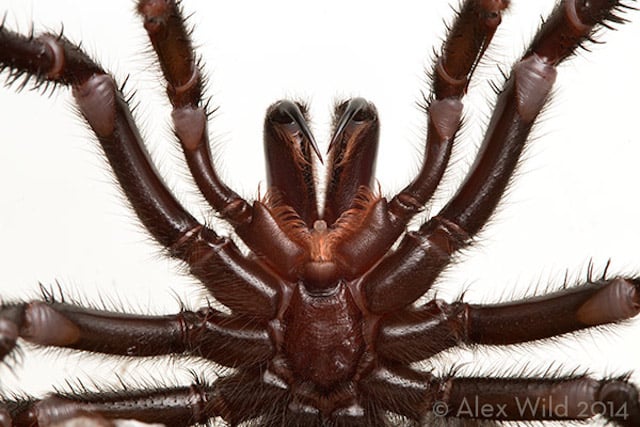 Almost there! But I still wasn’t satisfied. The center of interest in this subject is the fearsome fangs, and in this capture their lines were not symmetrical, the one on the right didn’t stick out as far as its counterpart. So we rotated the container for the winning exposure: 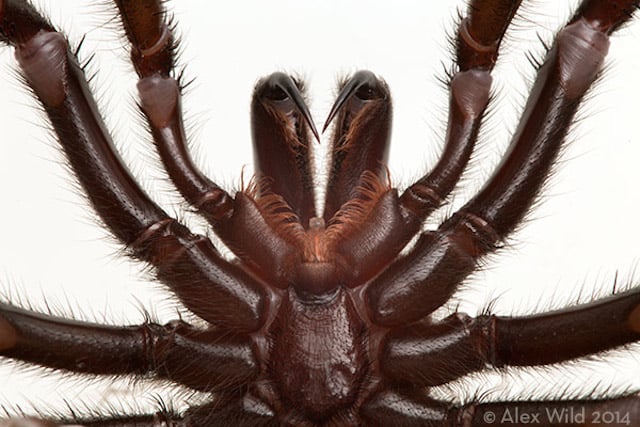 Later, across the ocean and back at home, I applied a few digital tweaks to the levels for the final image:

I have no idea how I would have done this back in the film era.

About the author: Alex Wild is an entomologist based out of Illinois who specializes in the evolutionary history of ants. In 2003 he founded a photography business as an aesthetic complement to his scientific work, and his natural history photographs appear in numerous museums, books, and media outlets. You can find more of his work on his website or by following him on Twitter. This article originally appeared here.